Following their performance to a packed house at this year’s Summer Party, Seoda Shows have announced the return of The Murder Capital, one of the most talked about bands on the Irish music circuit at present.

The band returns to the Upstairs venue at Dolans on Friday, November 2nd. 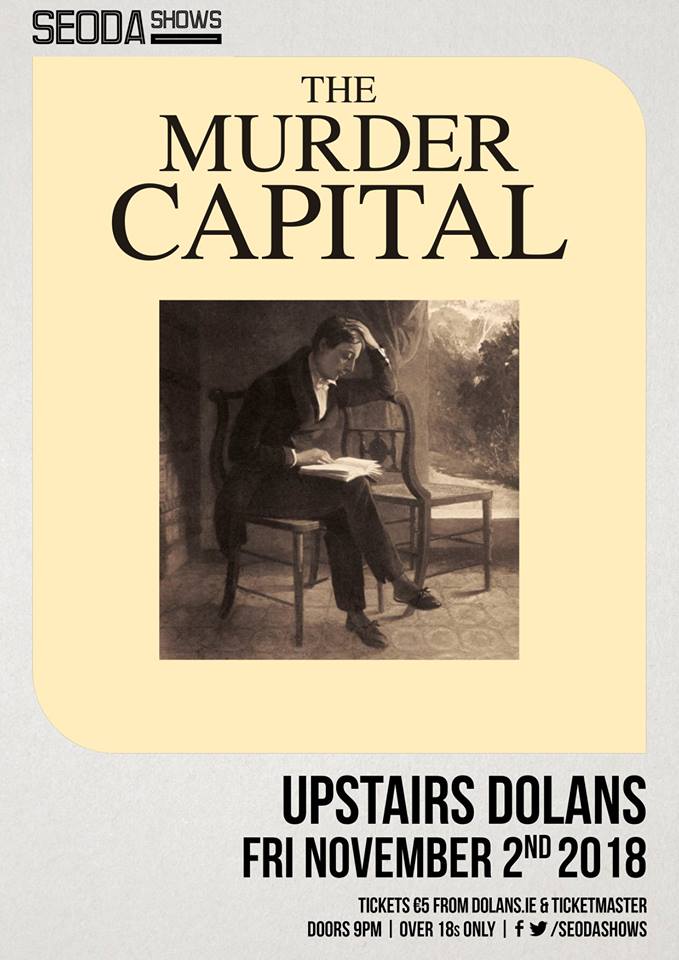 Driven by the desire to affect cultural change, The Murder Capital is a post-punk band with an imposing live sound. They are now preparing to embark on a two-part Irish tour across November and December.

The Murder Capital are a five-piece Dublin-based band made up of James McGovern, Morgan Wilson, Damien Tuit, Matt Wilson and Cathal Roper.

Writing of their recent appearance on the Other Voices stage at Electric Picnic, critic Harry Guerin noted “the post-punk flame burns bright in The Murder Capital’s music, and with it the excitement that there are much bigger blazes to come. What a way to start a Friday night away from home”.

The band has been carving out their name on the Irish live music scene for 6 months.  The Murder Capital recently signing to the same management company as Muse, Snow Patrol and the Red Hot Chilli Peppers and are leaving an indelible mark for relative newcomers.

The young band draws on classic punk-rock energy, drawing comparisons to Fugazi and Black Flag. You can Expect jarring movements and staggering energy at their spontaneous and textured live show.

They recently impressed at various Irish festivals this summer including Electric Picnic – and will play Galway, Limerick, Cork, Belfast and Derry as part of their Irish.

The band were recently featured as the Irish Times New Band of the Week where the newspaper said of the band, “Comparisons to The Horrors, Fugazi and two recent Dublin rock bands Girl Band and Fontaines DC are easy to make and suggest that The Murder Capital have a great potential to break out of their city”.

Their recently released single ‘More is Less’ was described as “sharp-cornered, unrelenting and frantic, more of a statement of intent than an introduction to the Murder Capital” by the Last Mixed Tape.

The Murder Capital will play Upstairs at Dolans on November 2nd. Tickets are on sale now and can be purchased via www.dolans.ie