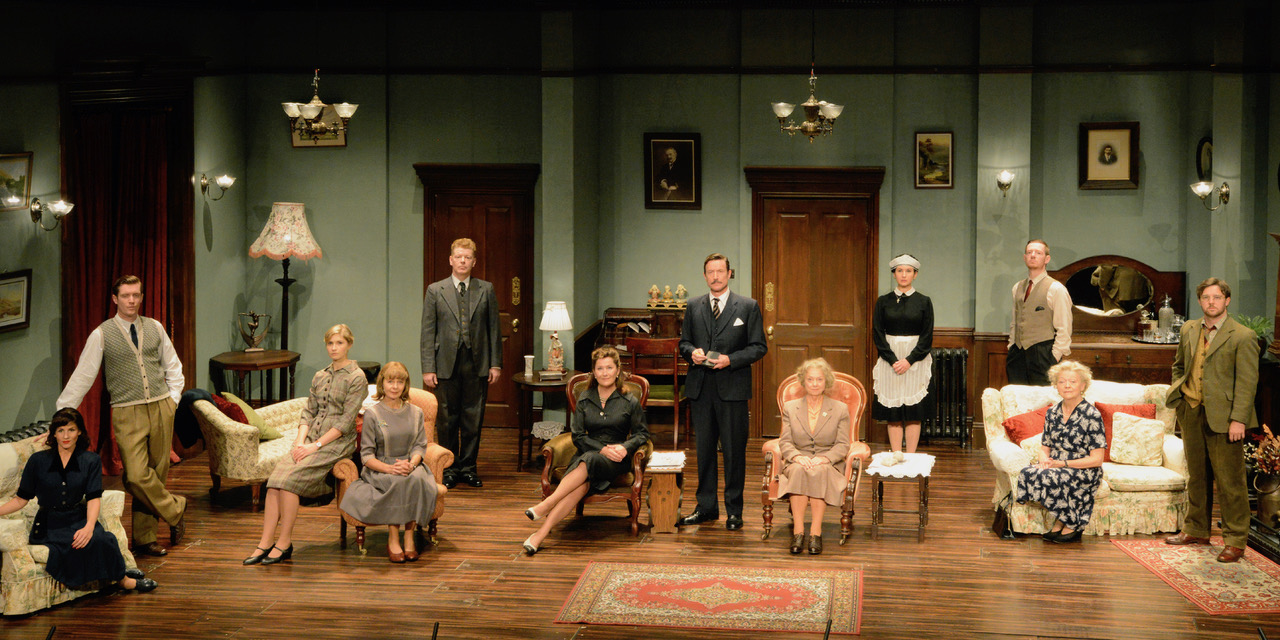 A Murder is Announced: a classic Miss Marple mystery now in its fourth year of touring

A Murder is Announced is a work of detective fiction by Agatha Christie and first published in the UK by the Collins Crime Club on June 1950.

The novel features her detective Miss Marple and is considered a crime novel classic. The book was heavily promoted upon publication in 1950 as being Christie’s fiftieth book, although in truth this figure could only be arrived at by counting in both UK and US short story collections. The storyline had previously been explored in Christie’s Miss Marple short story “The Companion”, where the characters also lived in Little Paddocks.

The residents of Chipping Cleghorn are astonished to read an advert in the local newspaper that a murder will take place this coming Friday at Little Paddocks, the home of Letitia Blacklock.

Unable to resist, the group gather at the house at the appointed time, when the lights go out and a gun is fired. Enter Miss Marple, who must unravel a complex series of relationships and events to solve the mystery of the killer…

Now in its fourth year of touring, this lavish production has delighted packed audiences across the UK and Ireland and is brought to you by the company who produced the critically acclaimed courtroom thriller The Verdict.

Related Topics:A Murder Is Announcednovelperformance
Up Next