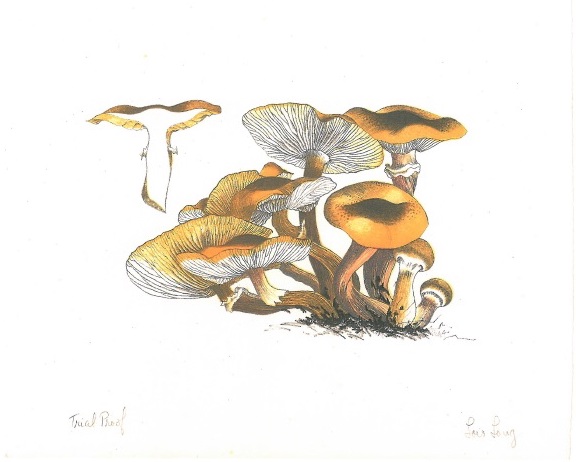 One of the most treasured pieces in Limerick City Gallery of Art’s Permanent Collection is heading to London, to be included in a major exhibition about mushrooms at Somerset House.

The Mushroom Book is being loaned to the exhibition titled, Mushrooms: The Art, Design and Future of Fungi to be held at Somerset House, London from 31st January until 26th April 2020.

Regarded as a rare book, the Mushroom Book was donated to Limerick City Gallery of Art (LCGA) along with other significant works in the mid-1990s by printmaker and former lecturer at LIT Limerick School of Art and Design, Jim Sheehy, and now forms part of the LCGA’s Permanent Collection.

The book contains notations by the renowned American composer, John Cage, with illustrations by Lois Long and information from the mycologist Alexander H Smith.

It is one of the highlights of the Somerset House exhibition celebrating the remarkable mushroom, and all the progressive, poetic and psychedelic wonder it evokes.

The work of over 40 leading artists, designers and musicians have been brought together by writer and curator Francesca Gavin, which looks at fungi’s colourful cultural legacy, as well as the promise it offers to reimagine our relationship with the planet.

The Mushroom Book along with American artist Cy Twombly’s collage portfolio paralleling natural world and human history and watercolours from renowned author Beatrix Potter are among the highlights.

John Cage’s lifelong interest in mushrooms led him to revive the New York Mycological Society in the 1950s.  To make some extra money he also supplied hotels including the Four Seasons with mushrooms he foraged in upstate New York.  In fact, Cage was better known in Italy for his love of mushrooms than for his compositions. 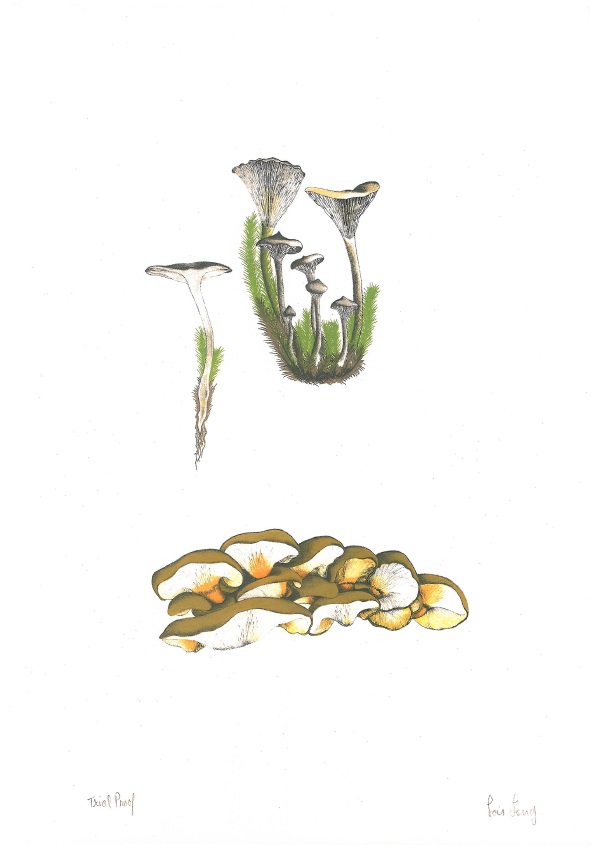 The Mushroom Book is part of the current exhibition at LCGA, which contains all 31 works donated by Jim Sheehy including three Jasper John prints and another by Willem de Kooning.  This donation is an act of untold generosity and adds significantly to the international importance of the Permanent Collection. In donating these works, Jim said: “I totally appreciate you accepting them into the Limerick City Gallery permanent collection and I know Irwin Hollander would be delighted to have prints from his workshop in an Irish art gallery”.

Director/ Curator of LCGA, Úna McCarthy said “The significance of Jim Sheehy’s donation and the works of leading artists of historical importance is a true gift to Limerick. Jim’s generosity is not only of local significance but also important nationally and now internationally. The fact that a London curator was aware of the Mushroom Book in the collection speaks volumes and shows what a true gem we have here for the people of Limerick”.

Limerick City Gallery of Art (LCGA) is one of the leading contemporary art galleries in Ireland and home to an important collection of Irish 18th to 21st-century art in all media, with the National Collection of Contemporary Drawing and the Michael O’Connor International Poster Collection part of it Collections.

Loans from the Permanent Collection have been given to venues in Ennis, Drogheda, Hunt Museum and Somerset House in London.