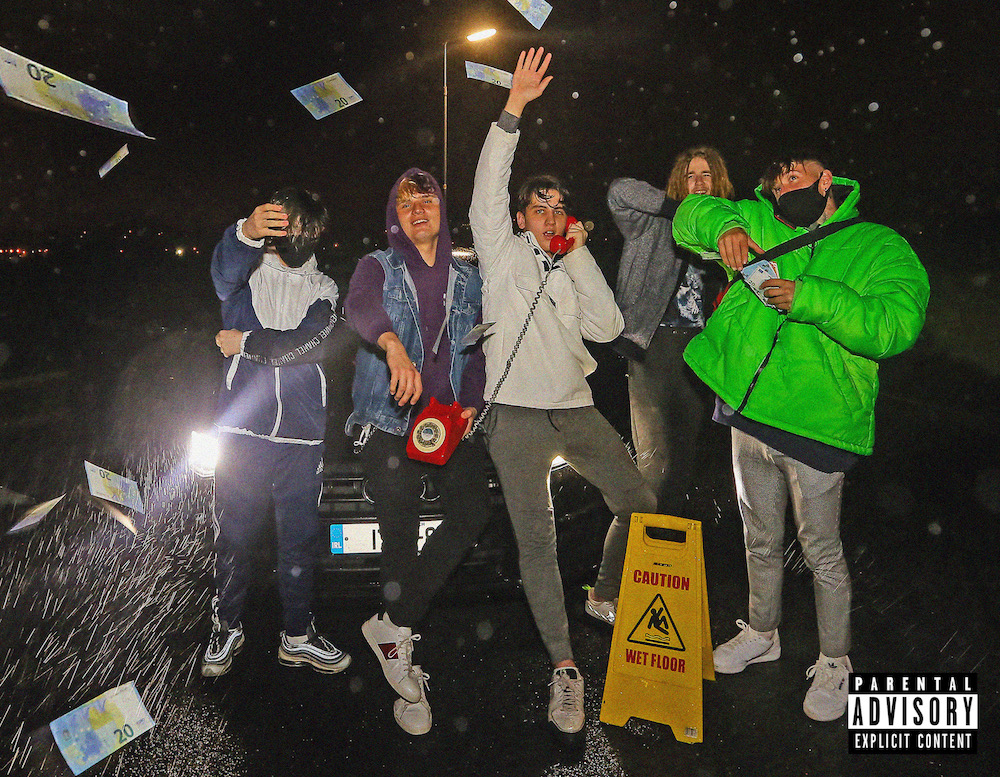 Luke is now working with some big names in the industry

17-year-old Luke Culhane, Limerick filmmaker and vlogger continues to reach new heights in his endeavours and has now moved into music production. Last year he began to dabble in his new passion and most recently has produced an EP with Limerick rapper Out24 who has just released the first single off the EP entitled ‘Money Talk’ and the song features Luke alongside Limerick artists YSB Roki and ElmParkElmo.

In the last year, Luke is proud to say he has worked with many people in the industry who he looked up to a year ago, including Kenny Beats, Mixed By Ali, Monte Booker, Alex Tumay, Slowthai, and dance producers Disclosure.

Luke has made quite a name for himself around Limerick and is an expert when it comes to creating content and is an avid filmmaker, having won awards for his films including an RTÉ Factual Award for his film ‘What’s Your Story?’.

In 2016, at the young age of 13, Luke created a global video campaign against bullying called #CreateNoHate and since then has continued to grow his creative talents. He was awarded Limerick Person of the Year in 2016 and was dubbed ‘Young Person of the Year’ by prominent French newspaper Mon Quotidien. This young man’s talent and drive knows no bounds. There is no goal that Luke sets for himself that he cannot achieve.

We sat down and had a chat with this inspiring young man to get to know more about him and what we can expect from his newest venture into the world of music.

How did you start producing?

I started listening to music more and more and I could never get the hang of it. But then I saw a series of YouTube videos start to come out by someone called Kenny Beats (who Luke now works with a year later), they were like ten minute videos of him bringing an artist into the studio and making a beat and then recording the artist. I just took as much as I could from that and started trying to produce. When I made my first beat, I called my friend Daniel (vocalist and rapper ElmParkElmo), who I barely knew at the time, and told him I made a beat because I knew he was trying to break out into being a rapper. He invited me to his house, and I stayed the night and we made this awful beat, and we worked on this the entire night without sleeping. So, from that day then we just started making music till I trained my craft.

How did you record the music?

I just invite the artist to my room; I have a small home studio there and that’s how we record the music. I use Ableton as my production software. Music Producer Luke Culhane

How would you describe your sound?

What has been the biggest challenge for you, musically?

Learning fast enough from my ideas. Sometimes I get an idea but then I don’t have the skill set to implement them. So, I research a lot before I can even try and begin to implement my idea. Even just with instruments and how they sound, the drums for a pop song sound very different to how they would be used in a rap song, so it is all just learning.

What artists influence your sound?

Not a lot, but definitely Kanye and Kenny Beats. Kenny Beats is a producer from LA who produced Gucci Mane, Denzel Curry and so many others. Music Producer Luke Culhane

I get my friends, who are available on the day, to come over to my house and we sit in my room and we just talk about what everyone is feeling, not even just music, just what their mood is at that moment. Then I will try and make an instrumental around that, because they’re already in that mood they can write about how they’re feeling. So, while I am making the beat, they are writing the lyrics and they will be done when I’m done and then we just record it.

Can you tell us about the EP? What other artists feature on it?

I am the producer, so I have made every track that is on the EP. Marcine (Out24) is the lead singer on all of the tracks.

We have made around fifteen songs, but we will only be choosing the top five to seven songs and then they will be the EP when we release it. ‘Money Talk’ is the name of the lead single from the EP which we have released already. Rapper and vocalist ElmParkElmo alongside rappers YSB Roki and Young Jest will also be featured on the EP, however, it has been undecided how many tracks they will feature on.

It is going to be Luke Culhane and Out24’s project with featured artists. It’s our project because we were recording a whole load of music and I said to him, instead of just releasing these all over a couple of months why don’t we just make an EP, we can choose a topic or theme and just make an EP about it.

Do you have any advice for someone who wants to become a producer in Limerick?

I don’t know, listen to a lot of music from all genres and just do it. I just listen to music and replicate it and I watch tutorials. It is just months and months of messing around in the software before you can even try and make a half decent beat. Just stick to it. Music Producer Luke Culhane

How do you think the music scene in Limerick is changing and growing?

Hopefully touring with my friends and having fun. Playing music and still creating and loving what I am doing.

We at I Love Limerick wish Luke all the best with his future endeavours and we can’t wait to see what he has in store for us next!

Related Topics:Luke Culhane
Up Next