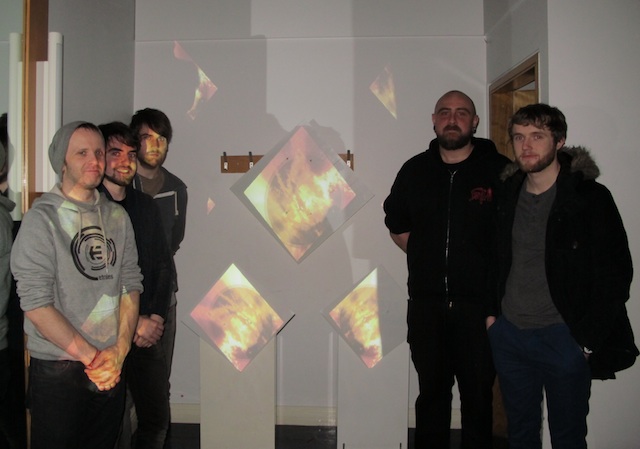 Music Week is an annual event held on the grounds of LIT, run by the students of the various years of the Music Tech course. Just like previous years we are hosting a range of creatively inspiring workshops and performances throughout the week, this year including a performance from well-known Limerick band: Windings, and a special performance from R.S.A.G.  Music Week took place from Monday February 29 to Friday March 4.

Wednesday saw final year students of Music Production showcase projects that they’ve been working on a result of partaking in a Music Technology module. Projects displayed on the day included “Elements” a sensor controlled video and light show and “The Relaxation Chamber”. “The Relaxation Chamber” designed by Andrew Bentley, Alan Bell and Joe Fitzpatrick, consists of a hammock, a glove and an old games console controller. The glove is designed to control and change music just by touching finger tips, whilst the games console controller allowed you to control an overhead video show.

This year marked the 10th year of the festival and 10th year of the music technology programme.  Dr. Flaithri Neff described how the festival started as “a small type of event, and over the years has gathered the interest of external people”.  Industry professionals have started to offer talks and workshops to students and whoever else wishes to attend.