Musical Grease produced by Castletroy College is hitting the stage in Lime Tree Theatre in December.

Castletroy College’s production of Grease comes to a ‘rocking and a rolling’ to The Lime Tree Theatre on 11 and 12 December at 8 pm.

It’s nearly show-time! After almost three months of rehearsals, and with a cast of over 100, the students at Castletroy College proudly present their production of Grease and invite you to get out your leather jackets and put on your bobby socks with Rydell High’s senior class of 1959.

The Greasers (led by heartthrob Danny Zuko played by Castleconnell’s own Josh Dorrell) and their gals (“The Pink Ladies” led by Betty Rizzo, AKA Juliette Pinson from Castletroy) get all shook up with the arrival of the new girl in town, Sandy Dumbrowski, 5th Year student Leah Sheehan from Annacotty in her most iconic role yet. 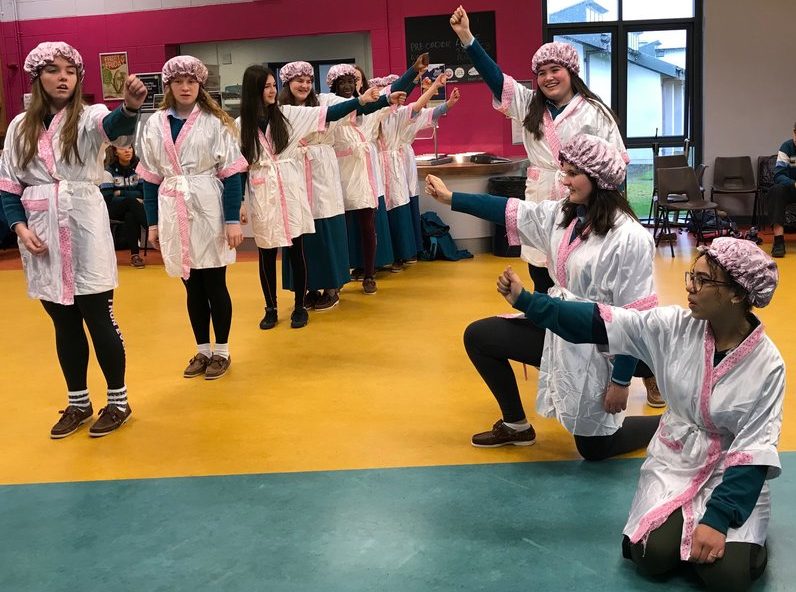 Musical Grease produced by Castletroy College is hitting the stage in December.

“Greased Lightning” they all “Go together” and start “Shakin’ at the High School Hop” until Danny finally realizes that Sandy is “The One That I Want.” With great songs – all with a drivin’ beat that’ll bring you back to the wonderful era of 50’s Rock and Roll. This production of musical Grease will be the musical that you’ll not want to miss!

This musical Grease production promises to be a smash hit spectacle with the students now ready and waiting to showcase their theatrical talents under the direction of Teachers Anita Cunneen and Catherine Clohessy alongside Artistic Director Jessica Bray and Choreographer Robyn O’Brien.

Padraig Flanagan, Principal of Castletroy College said that this musical grease is the culmination of months of hard work done by so many in the school community for which he thanked all involved particularly the input of so many teachers and the support of the Parents Association.

Depending on availability, tickets may be purchased on the door and range from €10  for child or student, €17 for an adult or €45 for a family ticket – 2 adults & 2 children  ( including booking fee).

For more information on the Lime Tree Theatre go here

For more stories on the Lime Tree Theatre go here