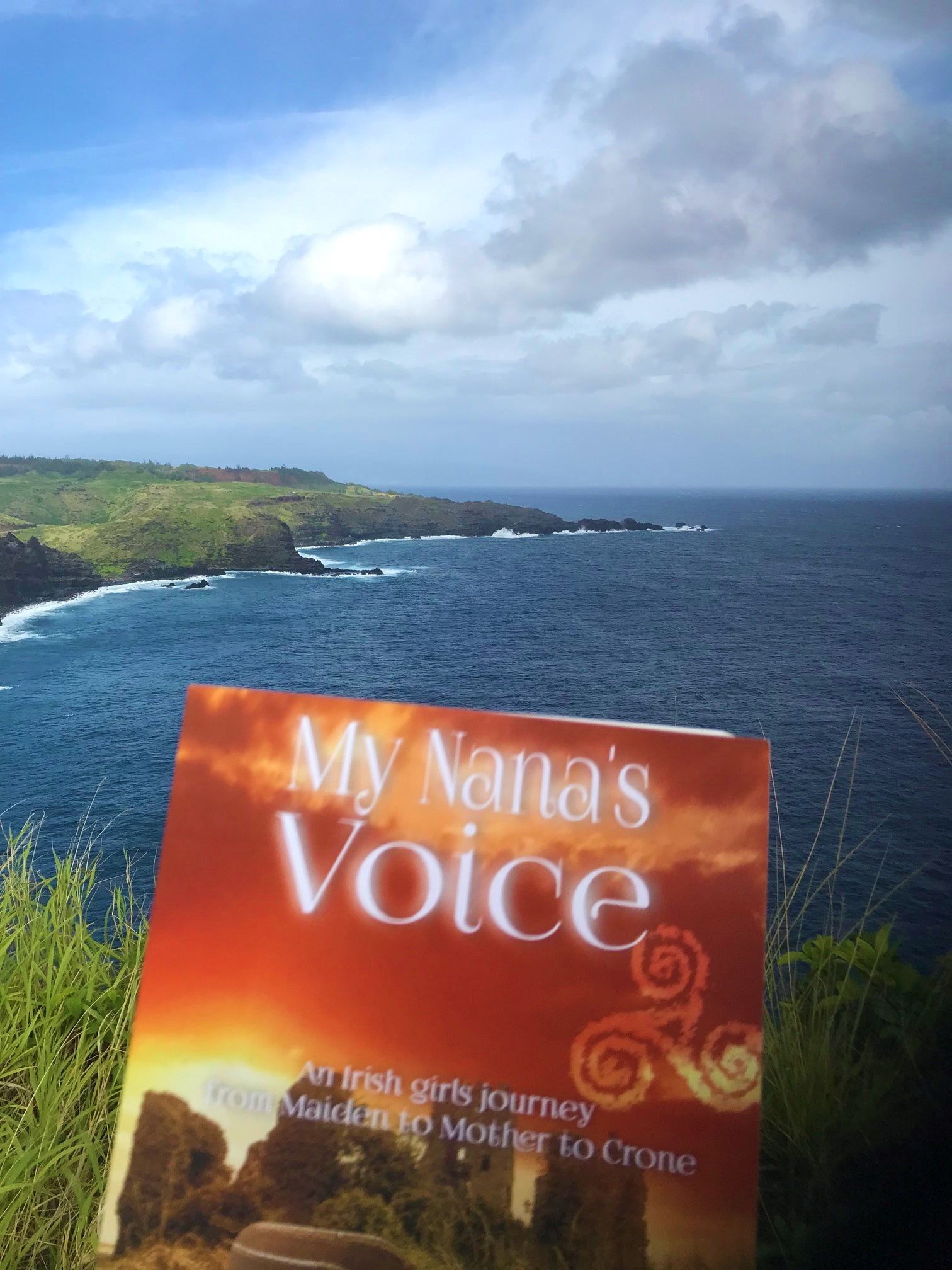 Alicia’s McMahon’s new memoir ‘My Nana’s Voice’ reveals the unbelievable story of her journey from being homeless in a battered women’s shelter with her two young daughters to working directly on Bill Gates personal CEO Summit.

Limerick woman Alicia McMahon has gained notoriety in Ireland and abroad after publishing her new memoir ‘My Nana’s Voice – An Irish girl’s journey from Maiden to Mother to Crone’ that documents her life moving to America and starting a family.

Born and raised in St. Senan’s Parish in West Limerick, and now the Executive Administrator for Congruex Group in Boulder, Colorado, Alicia’s memoir ‘My Nana’s Voice’ reveals her struggle going from being homeless in a battered women’s shelter with her two young daughters to working directly on Bill Gates personal CEO Summit, all within 18 months.

Alicia’s memoir took six years to write and describes her journey to the United States as an 18-year-old young mother of two children after leaving her quiet parish in Ireland, where she soon found herself trapped in Colorado in a violent marriage and fleeing for her life with her two young daughters.

“I’ll never forget the day I was leaving on the train in Limerick City for my trip,” Alicia said, “I had the sense when the train was pulling away that I was not coming home. A few months later I ended up winning a lottery for green cards and that set the stage for my destiny.”

While in the US, she explains how her sense of intuition, or ‘Crone Voice’ as she calls it, guided her through the hardships.

“The common thread and message throughout the book is to learn to listen to your intuition. I call mine my Crone Voice, which I associate as guidance from my late Nana Murphy.”

Alicia wrote her book with the hope that it helps other people in abusive situations. After raising her two daughters Seanalee and Brennalynn into adulthood, Alicia decided to write her experiences down for others to read.

“Once I decided to write my story in 2010, that feeling to complete it never left me. Even through the difficult writing, I just felt compelled to complete it. I am not formally trained or educated in the literary sense, but I have always been a storyteller, so I said I would write it in my own voice and method.  When the book started to come together it took its on its own form and I ran with it, even though it took me 6 years write it.”

Pictured are Alica McMahon, author of ‘My Nana’s Voice’ with her two daughters, Seanalee and Brennalynn.

“I will be honest and say that there was a certain feeling of shame and embarrassment that came with sharing my experiences and It was at that point that I realized there really is a thing called Battered Women Syndrome. I did not want the abuse to be the focal point of my story, I just wanted it to be a part of it. I found myself in dealing with multiple situations in the US and all I longed for, is to come home to Foynes and Shanagolden and be with my family.”

After several failed attempts to get it published, Alicia decided to self-publish her memoir on Amazon Kindle Direct Publishing.

“When the time came to actually publish my book, I was afraid. I am putting some of the most vulnerable and frightening times in my life out there to be judged and analyzed by everyone and anyone. My message was an important one to deliver, I knew if I could help one person by sharing my experiences then it is all worth it. So, I did it.”

Alicia’s book is currently being reviewed by three screenwriters who are considering turning her memoir into a movie. Since publishing “My Nana’s Voice ~ An Irish girl’s journey from Maiden to Mother to Crone, Alicia has been overwhelmed with the positive reviews and responses. “People went out of their way to contact me with words of support and encouragement. Phone calls from Ireland, from people I never met before asking me for advice. I was asked to be a spokesperson for the Boulder County Safehouse and since then, I’ve been doing interviews and talks on, overcoming domestic violence. Of course, there are some neigh-sayers out there, but thank goodness they are far and few between.”

Alicia is starting to create the audiobook version of her memoir, which will be available by June 2019 and her plans for the future include to continue writing and hopefully publish her next book about her experiences as a mother raising her two children in Colorado.