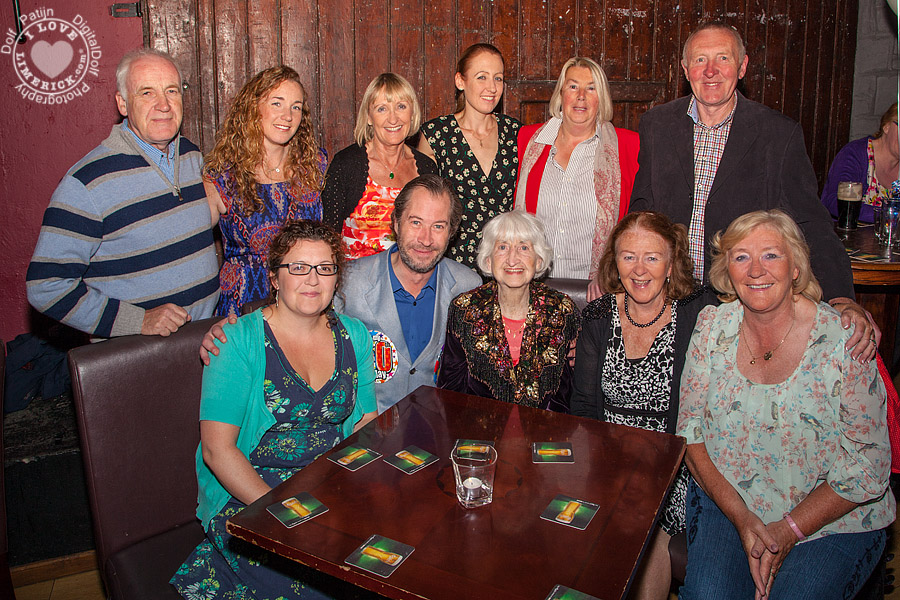 Performing, directing and writing for an incredible 27 years, Myles was “thrilled” accepting the monthly award. Myles has been surrounded by the arts all his life, being introduced to theatre at a young age.

His love of the arts is incredible and this can be seen time and time again from the outstanding performances he has given on stage as well as off. From appearing in the Irish television soap Fair City to playing Claudius in Hamlet this actors abilities are undeniable.

When speaking about his younger years Myles talks graciously about his mother, Bridie (93) and everything she did for him. “When we were young, my mother was really into theatre, music and dancing so she dragged us along to everything, everything,” he emphasises, “made us do Irish dancing and piano.”

Myles secured himself a job with a community theatre company in Cork as soon as he finished his degree in commerce at University College Cork. “I went back to my mam and dad and said ‘yeah, I don’t think I’m going to be doing the commerce or the accounting. I’m going to become an actor”.

With great success in his professional life Myles moved back to Limerick after spending 13 years living and working in Dublin. On returning to Limerick he then went one step further a Bottom Dog Theatre Company was set up with Liam O’Brien, Mike Burke and Mike Finn.

On top of everything else this incredible man also works with the Daughters of Charity and Limerick Youth Theatre. “This is our fourth year doing it – I write and direct a play for about 30 actors and on top of that, having received some funding from City of Culture which we are very grateful for, we also had about 40 dancers with special needs.

On top of that again we had a choir from Laurel Hill Colaiste and they also had some members from Daughters of Charity in the choir. It was called A Night in the Library. In the end there was 120 people in it.” This year alone he has written two plays. “That’s a much lonelier life, the writing.

When you are working as a director or actor you are in the room with all the people but when you are writing stuff on your own it’s very different.” Bottom Dog receiving funding from City of Culture allowed Myles the time to write ‘The Bachelor of Kilkish’, an excellent play which ran for three nights in the Lime Tree Theatre and also in Kilmallock and Kilkee.

If you ask the man himself about a career in acting you can ensure an honest answer. “I am not discouraging anybody but it is a tricky life. It’s uncertain – it’s an up and down one. If you feel you can deal with that then great but if you want security then this may not be the business for you.”

He also firmly believes in the benefit of acting lessons and gives some sound advice. “It’s very rare for an actor to spring out of nowhere. You need training for two reasons – one to develop your skills but also in training they show you how to view it as a business – to make contacts, deal with agents, contracts. There is a business element – they don’t call it show business for nothing!”

Photos by DOLF PATIJN for ILoveLimerick.com 2014. All Rights Reserved.