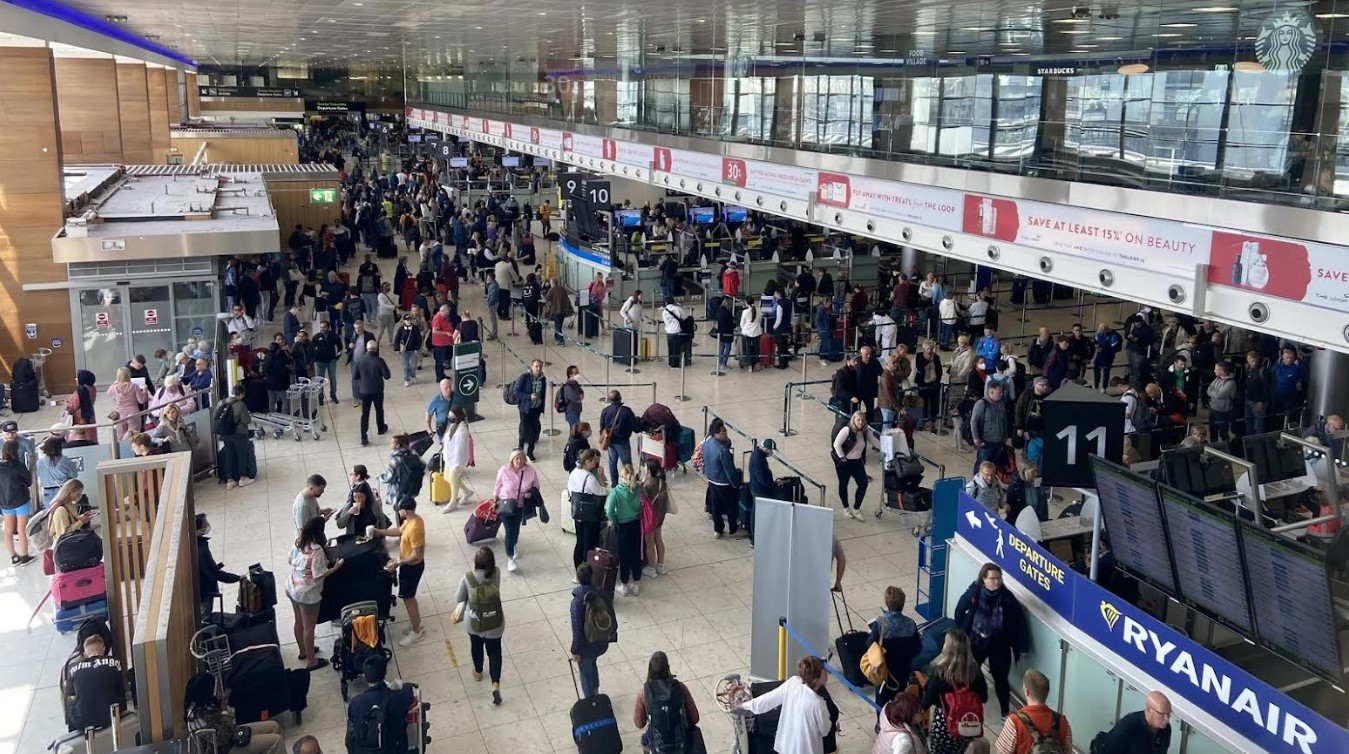 The response to passenger chaos at Dublin Airport must elicit a wider aviation policy response rather than a short-term fix, Limerick Chamber has stated.

The Mid-West region’s largest business representative group has called on Ministers for Transport Eamon Ryan and Hildegarde Naughton to establish a working group to review National Aviation policy as there must now finally be consensus that our approach to aviation in Ireland is not serving the public, airports, regions or State well.

Limerick Chamber CEO Dee Ryan said that if anything is to come out of the chaotic scenes at Dublin Airport, it must be to put in place new National Aviation policy that finally makes Dublin Airport accountable to the wider interests of the State and not just its pursuit of profits. New aviation policy, she said, must be aimed also at developing incentives to drive passenger growth at other Irish airports, which would be in the best interest of balanced regional development.

“What happened last weekend was a direct result of not managing Dublin Airport growth over the past two decades. The laissez-faire approach of the state has allowed Dublin Airport grow to unnecessary scale. It’s as if the Department of Transport has been the downtown office of the DAA and has basically allowed it to do what it wanted. Regrettably one of the hallmarks of Dublin Airport’s expansion has been the ruthless pursuit of passenger growth at the expense of other Irish airports and regions.

“The figures speak for themselves. Pre-COVID, between January 2013 and December 2019, passenger growth at Cork Airport was 250,000, while Shannon grew by 300,000.  Dublin Airport during that same period grew passenger numbers by 13.8 million.  In a year, for example, when Ireland got one million new passengers, 960,000 of those would be for Dublin and 40,000 for our other airports. That is simply not sustainable.  It is not possible for our other airports to grow when the dominant one is winning 96% of all new passengers into Ireland.”

Ms Ryan said that Limerick Chamber’s Copenhagen Economics report of 2019 noted that in other EU countries where there was an over-concentration on one airport, steps were taken by governments to address the issue and push connectivity to regional airports. And she said that while a short-term fix was needed to make sure there is not a repeat this summer of last weekend’s events and the associated international reputational damage, the crisis could not be allowed pass without dealing with the underlying problem.

“Perhaps half or more of the passengers flying out of Ireland are travelling from the regions, so it also flies in the face of our efforts to tackle climate change for would-be passengers to be spending so much time on our roads.  It also flouts the Irish Governments ‘Project Ireland 2040’ plan. I have written to Ministers Ryan and Naughton and asked for the establishment of a review group to look at Irish aviation policy once and for all because Dublin Airport’s market share in Ireland is so out of sync with EU norms.

“What we need is clear policy to make sure Dublin’s monopoly is broken, put passengers and the public first and, with that, we will see growth at other airports and in those regions,” she added.