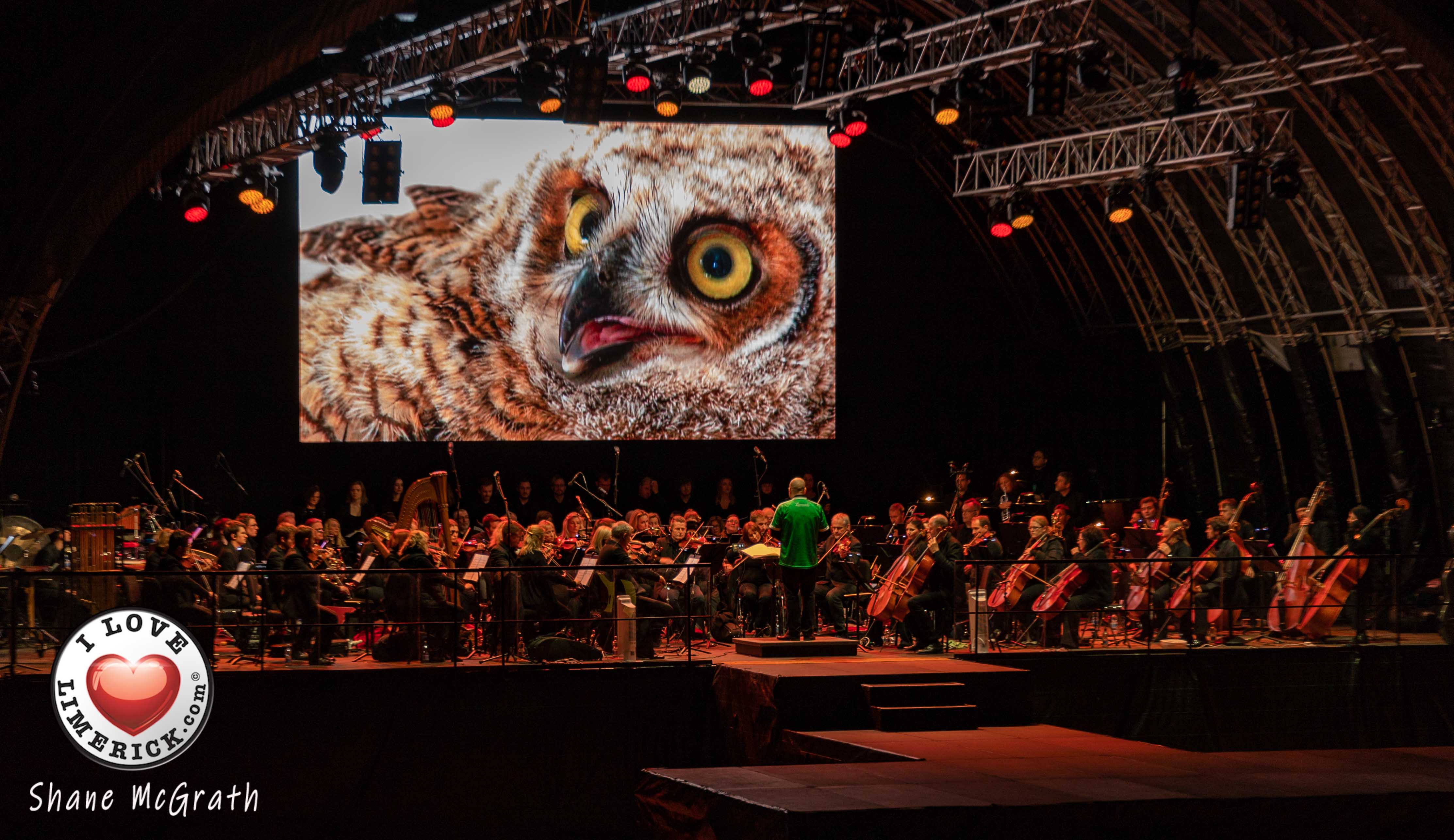 CWB.ie are delighted to announce that the inaugural Gaelic Grounds show National Geographic, Symphony for Our World was held to a sold-out audience on Saturday night. Seated in the full-to-capacity Mackey Stand, the crowd was made up of families of adults and children of all ages, couples, and groups of friends, all there to soak up the stunning visuals, sounds and atmosphere of the incredible National Geographic event.

The footage, collated from the best of 130 years of National Geographic archival material, is both a nostalgic exercise and a nod towards the future, as it reminds us of what we have and what we stand to lose. National Geographic Symphony Limerick Gaelic Grounds show receives a boost from sell-out success.

According to Ticketmaster, 20% of ticket sales came from outside Ireland, proving that Limerick’s win of the European premiere of this event was both a fantastic achievement for Ireland and a great draw for international tourists to visit the Treaty City. 30% of domestic ticket sales were sold outside the mid-west, resulting in 50% of the overall sales for the show coming from outside the region. National Geographic Symphony Limerick Gaelic Grounds show receives a boost from sell-out success. The overall socio-economic boost for the city over the course of the weekend was estimated to be in excess of 4.5 million.

National Geographic Symphony Limerick Gaelic Grounds show receives a boost from sell-out success. Speaking of the event, Meg Calnan of National Geographic “I was thrilled to be part of Symphony for Our World’s European premiere, experiencing the excitement and enthusiasm of the crowd as they took in National Geographic’s iconic imagery coupled with an original symphony. It was inspiring to see so many people passionate about National Geographic gather in the wonderful city of Limerick for the occasion. Seeing, firsthand, our symphony performed in an Irish sports stadium is an experience I will never forget.”

The audience was happy to proclaim their enjoyment of the evening’s entertainment with many taking to social media straight after to voice their delight:

“Fantastic performance… a most wonderfully uplifting thought-provoking performance. Congratulations to all involved.”

“Words fail me to describe the experience. It was most definitely a major highlight of my entertainment year. Congratulations and thank you to everybody involved.”

“It was amazing. Such a great and entertaining night. I and my daughter totally enjoyed. Well done to all involved. Spectacular show”

“Thank you to all involved for bringing this fantastic event to Limerick. It was truly a night to remember”

Speaking of the increase of tourism and bed nights for the hospitality sector of Limerick City Daphne Greene of the Greenhills Group says:

“It was fantastic to see a cultural showpiece of this magnitude have it’s European Debut in Limerick. It is vital to showcase Limerick and keep it at the forefront for hosting events such as this into the future. We have a city we can be very proud of, with excellent accommodation providers, delicious food offerings and some of the best pubs in the Midwest, this paired with such high-profile events such as ‘National Geographic Symphony for Our World’, will only push Limerick to the forefront as a destination for such events in the future.”

National Geographic Symphony Limerick Gaelic Grounds show receives a boost from sell-out success. CWB.ie, the local producers of the show were delighted that the event brought such positivity to the Limerick City and County. Paul Boland of CWB. ie said: “We knew that Limerick had the infrastructure to host a European premiere of such a caliber & scale. The support of Limerick Councils, Limerick GAA and the residents paid off in magnitude when the event sold out, emphasising that Limerick City should not be overlooked for largescale outdoor concerts.”

For more information on National Geographic Symphony for Our World, go here

For more stories on National Geographic Symphony for Our World, go here

Related Topics:Gaelic GroundsNational Geographic Symphony for our World
Up Next

The I.NY Festival 2018 is scheduled to take on Limerick City this October