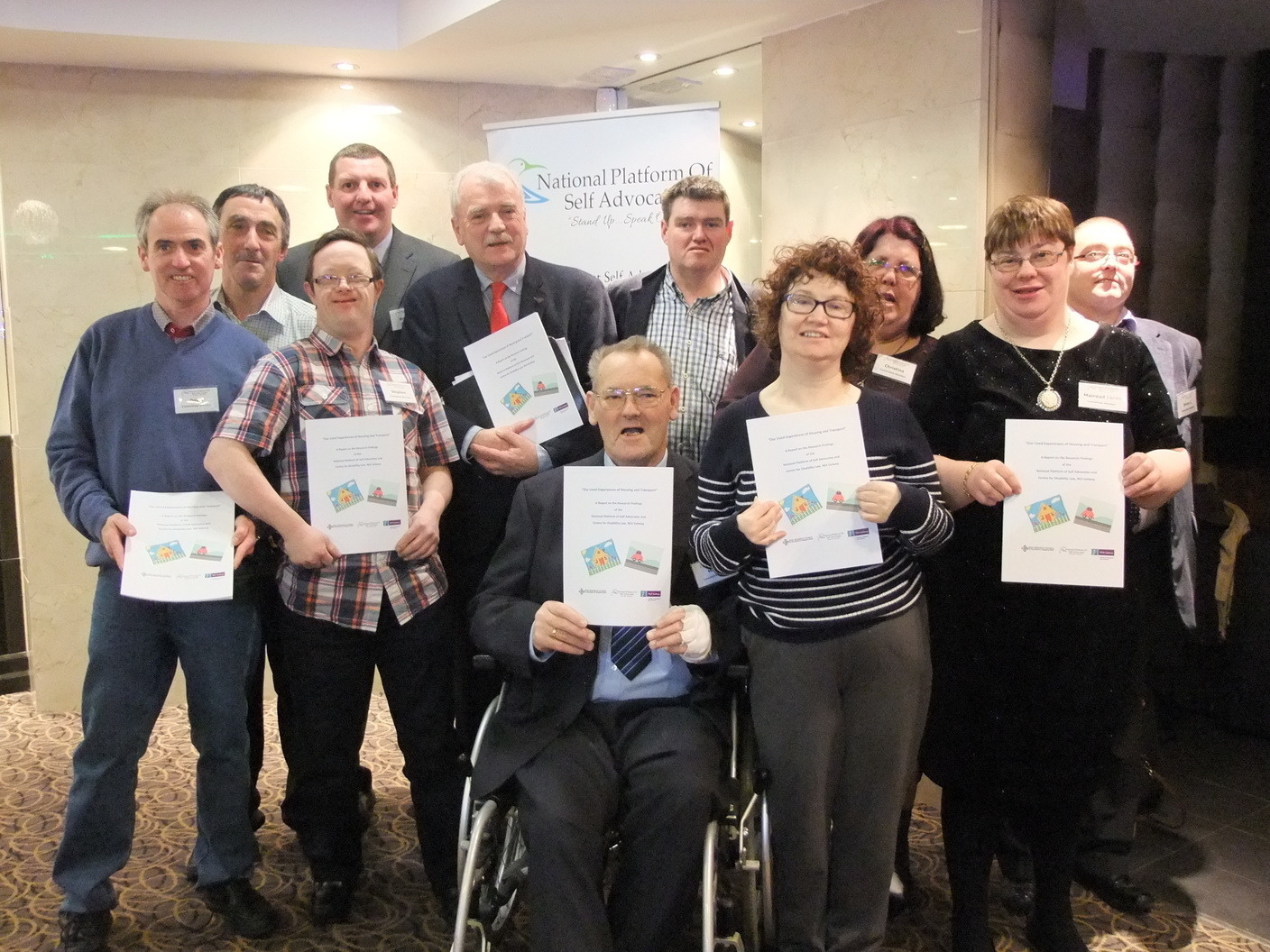 Mr Finian McGrath T.D. Minister of State at the Departments of Social Protection, Justice & Equality and Health with special responsibility for Disability Issues launched a Research Report “Our Lived experiences of Housing and Transport” on Monday, January 23, 2017. The research involved the National Platform of Self Advocates with the support of NUIG in gathering lived experiences of people as far apart as Kerry, Galway, Limerick and Dublin.  The research was funded by the Irish Research Council.

The National Platform of Self Advocates is an independent self-advocacy organisation. It was set up to make sure that the voices of people with intellectual disabilities are heard.

The Minister congratulated the Platform and its partners on significant statements on transport and housing needs and issues experienced by people with disabilities in the report.  In his address, the Minister praised the National Platform of Self Advocates saying that “You are the Civil Rights people of 2017”.

He stated that “The voices of people with disabilities with lived experiences provide a unique and invaluable perspective. It is with the participation of those same people in the planning, delivery and evaluation of services and supports that can help to make sure the system is taking a client-centred approach and better serving individuals”

The Minister further committed to bringing the findings of the research back to his colleagues in the Departments of Housing and Transport.  Brian Hayes, Chairperson of the National Platform of Self Advocates says that the research outcomes will be followed up on with local and national government and indicated that “The Platform with being seeking further support from government in the future to ensure the independent voices of people with disabilities is at the core of policy development on transport, housing and other issues”.