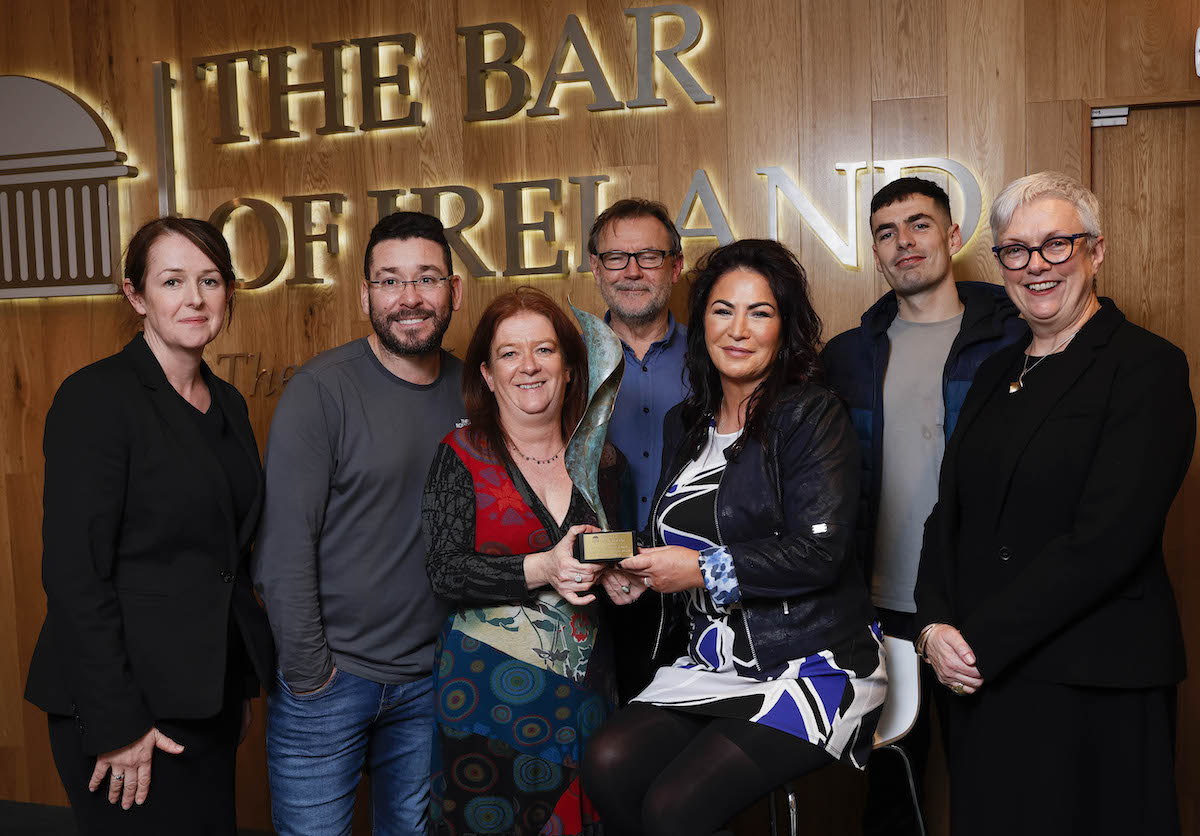 On Thursday, November 24, the 2022 Bar of Ireland Human Rights Award was conferred on the National Traveller Mental Health Network (N.T.M.H.N) – in recognition of its community-based work and advocacy in the area of mental health of the Travelling Community. The award included members of the Network from Munster, including Mags Casey from Tipperary and living in Limerick, who is also Director of the Tipperary Rural Travellers Project.

The N.T.M.H.N was established in 2018 and officially launched in 2019. Comprising 26 representatives from Munster and around the country, the network is a collective of Travellers and Traveller Organisations whose goal is to develop a collective space that is Traveller led, where local, regional, and national Traveller mental health issues are highlighted, discussed, and addressed. As well as engaging in policy progression, the Network also has volunteers and social workers across the country engaging with and supporting the Travelling Community.

According to research, risk of suicide is six times higher for Travellers than the general population, with 82% of the community having been directly affected. A recent report undertaken by University of Limerick found that attitudes and trust in the criminal justice system are significantly lower in the Travelling Community.

Speaking in advance of the Award, Chair of The Bar of Ireland, Sara Phelan SC said, “The State’s recognition in 2017 of Travellers as an official ethnic minority had practical and symbolic significance. However, the day-to-day issues of exclusion and marginalisation persist, and I can certainly say, counting Travellers amongst my clients, that these are very real issues for Travellers in Ireland today.

The mental health burden carried by Travellers – related to, for example, housing, education, health – has been courageously championed by The National Traveller Mental Health Network. This award acknowledges the work of volunteers and social workers who are seeking to secure the fundamental rights of the Traveller Community.

How the law can be applied as an agent of change can be the focus of our work with the Network over the year ahead. Our constitution, and our international legal obligations, through the EU Charter of Fundamental Rights and the UN International Covenant on Economic, Social, and Cultural Rights recognises the right of everyone to the enjoyment of the highest attainable standard of physical and mental health.

Thus, Traveller mental health, and access to services, is squarely a justice issue and one which The Bar of Ireland, through its Human Rights Award, is pleased to spotlight.”

Chair of The Bar of Ireland’s Human Rights Committee, Aoife O’Leary BL, said, “The granting of this award reminds us to consider how access to services – especially mental health services -is experienced by our fellow citizens. The campaigning work of The National Traveller Mental Health Network, their commitment to promoting the welfare of members of the Traveller Community, and their contribution to the development of policy and law in this important area were noted by the Committee.

The wider debate on diversity and inclusion in society must ensure no one is left behind. It is astounding to see the frequency with which instances of discrimination against members of the Traveller Community, in terms of breaches of the Equal Status Act, arises before the Workplace Relations Commission. As a profession of advocates, we have an opportunity to draw attention to key issues impacting on the mental welfare of the Travelling Community and contribute to the solutions.”

Mags Casey who resides in Limerick, representing The National Traveller Mental Health Network said, “Today is a historic day, I am delighted and honoured to accept this award on behalf of The National Traveller Mental Health Network. We are committed to the task of highlighting the human tragedy that is the ongoing crisis of suicide in our community.

This award is a welcome recognition of our work, and it gives us the recognition, the hope, and the courage to continue. Too many people are dying from suicide in our community. We can no longer face the prospect of burying more and more of our loved ones through suicide.

None of us should have to live with this reality – with the fact that the suicide rate amongst one section of our population is seven times higher, this is an ongoing shame within Irish society. We will be your voice from the grave – we will not give up.”