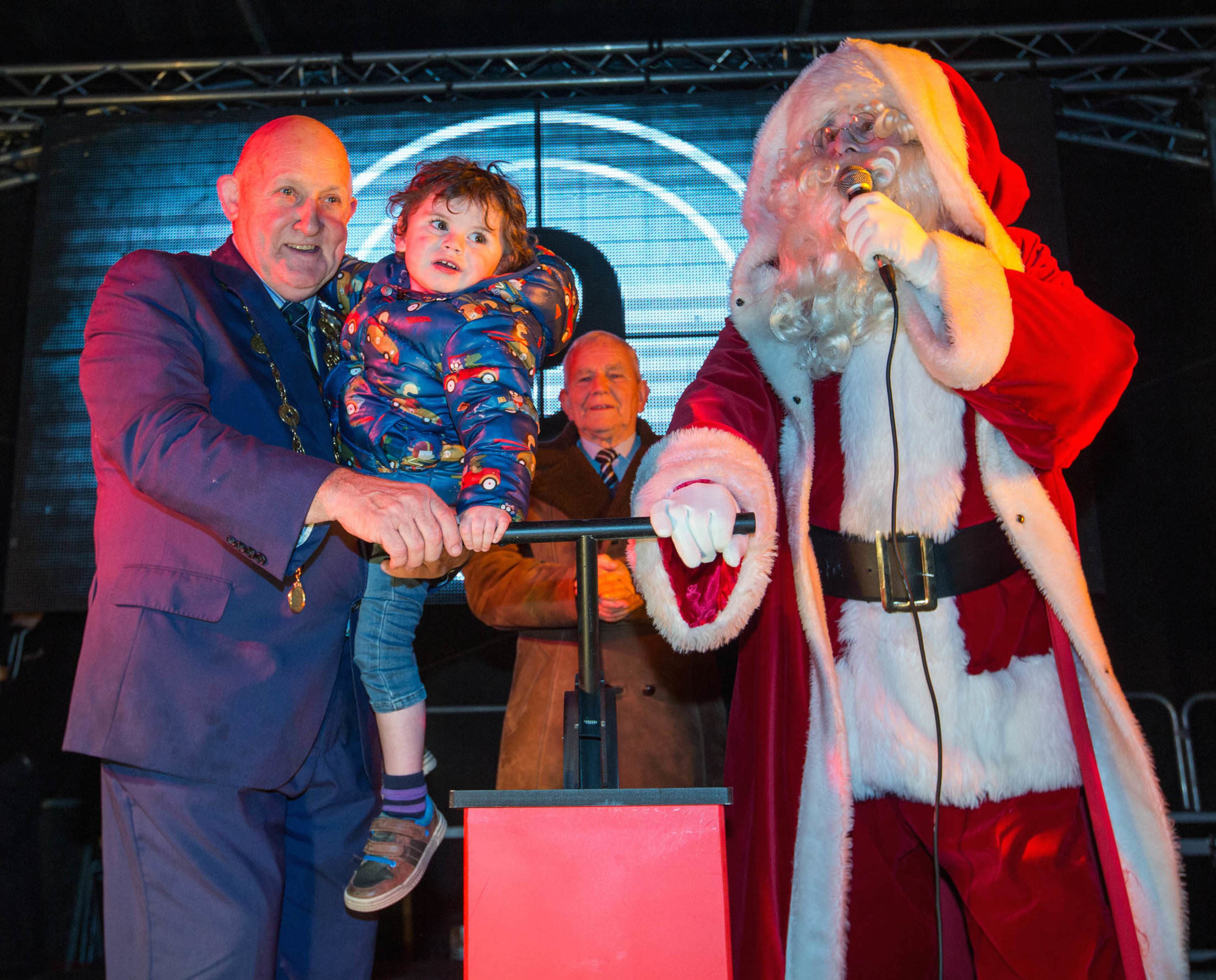 Neil Shanahan, the 2 year-old boy who miraculously survived a sixth story balcony fall in Limerick in July was on hand for the switching on of the city’s festive lights with his parents admitting that it will be their best Christmas yet. 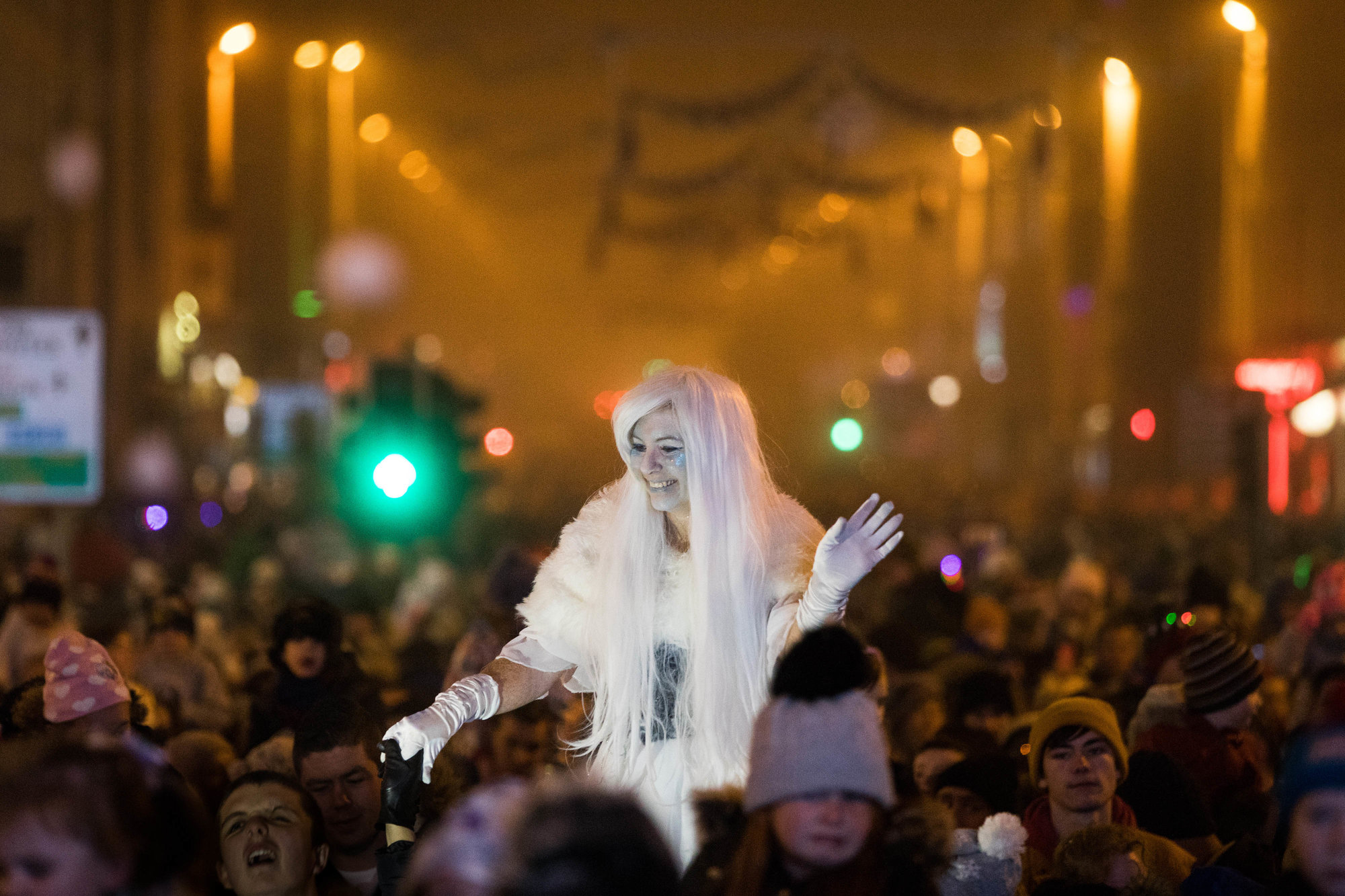 The 2 year-old boy who miraculously survived a sixth story balcony fall in Limerick in July was on hand for the switching on of the city’s festive lights tonight with his parents admitting that it will be their best Christmas yet. Picture: Sean Curtin / True Media.

Neil Shanahan and his family were special guests of Limerick City and County Council as the biggest ever Christmas lights display, titled ‘Light Up Limerick’, was switched on by him and Mayor Kieran O’Hanlon.

Said Neil’s mother Martina:  “I’m not sure we can possibly have a better Christmas than this.  We are here tonight at the invitation of Limerick City and County Council, turning on the Christmas lights when it could have been so different.

“It could have been the worst Christmas imaginable but it’s turned out to be the one we are most grateful for because Neil is with us.

“It does make us think, at the same time, of those who have not been so lucky and our hearts really go out to them.”

As for the moment when the lights were turned on, Neil’s father Mike said that the 2year old lapped it up. 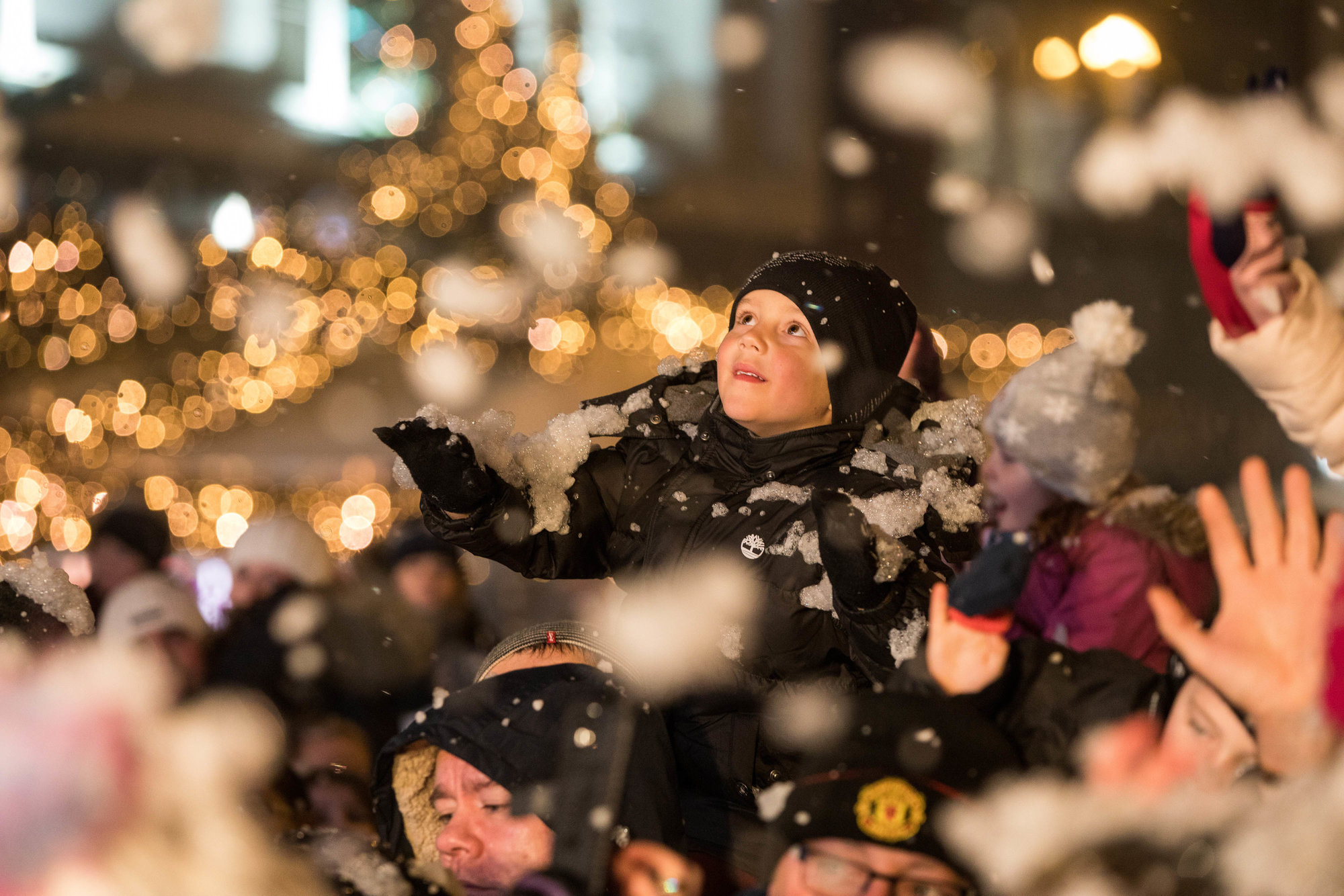 “We were delighted to be invited in for this,” said Neil’s father Mike.  “It was an incredible experience tonight. Neil, having had so many medics around him during his recovery, is well used to attention and he lapped it all up. He loved it.”

Limerick City and County Council Mayor Kieran O’Hanlon said: “We’re delighted to have had this incredible young man with us tonight. His story is one that gives us all hope and Christmas is a great time for hope.  To see the smile on his face and his parents’ face was fantastic.

“The crowd was huge and there was an amazing buzz. Limerick is really the place to be right now in so many respects. It’s a great start to what is going to perhaps the busiest Christmas ever in Limerick. We’ve decorated it accordingly, putting our biggest ever spend into the lights display and no better boy to switch all this on than Neil,” he said. 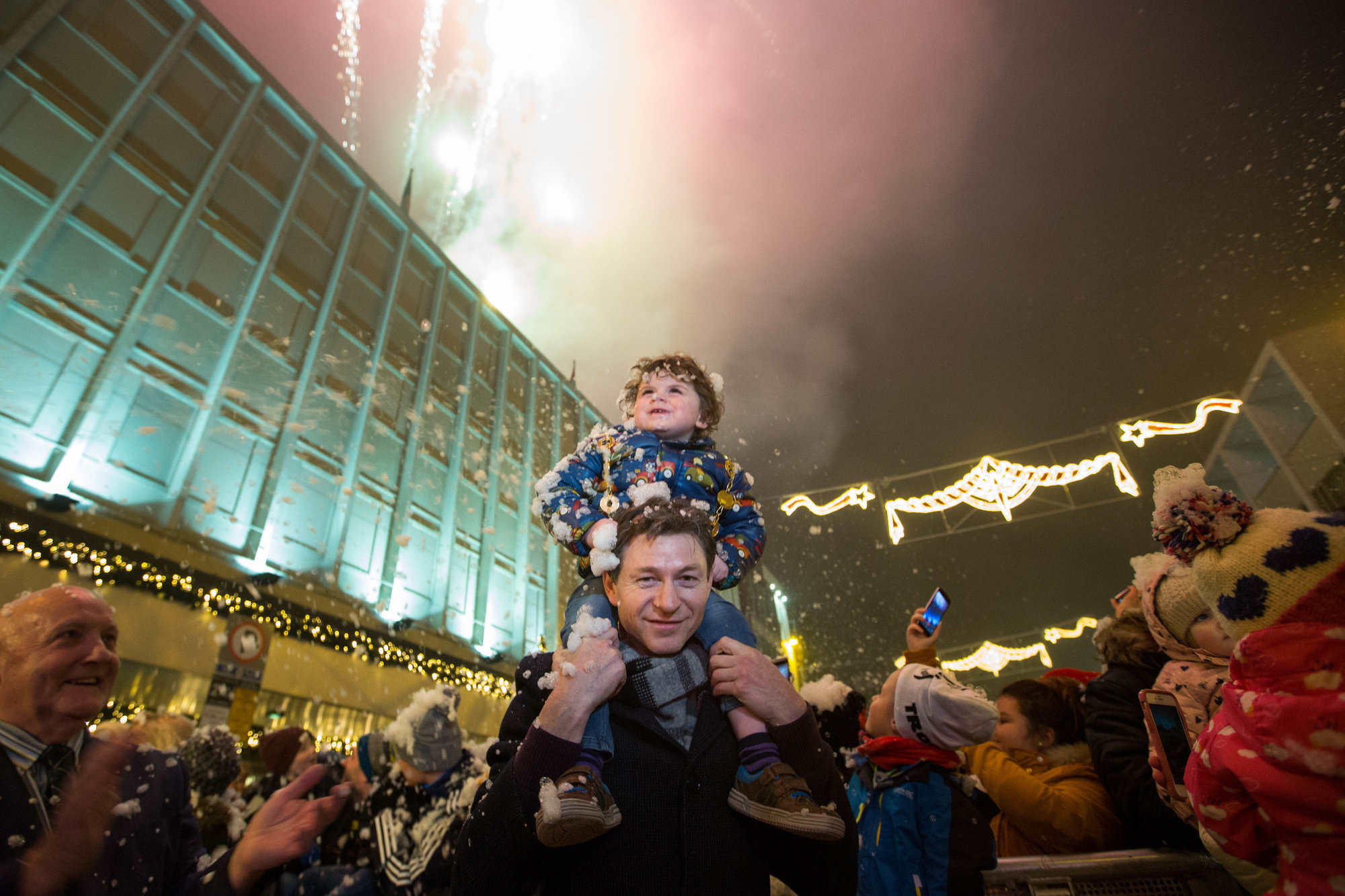 Over 4,000 people braved the cold to throng into the city centre for the ceremony on O’Connell Street.

Despite the cold weather, spirits were high as the crowds were entertained by street performers and bands/singers, with soprano soloist sensation Sinéad O’Brien, Unity Gospel Choir and Jason Hennessy warming them up ahead of the magic moment when the lights switched on. Santa himself was present and also a big hit. Snow cannons created a real festive spirit, while the skies also lit up at the end of the event with a dazzling pyrotechnics display.

To check out what you missed for Light Up Limerick watch the video below!