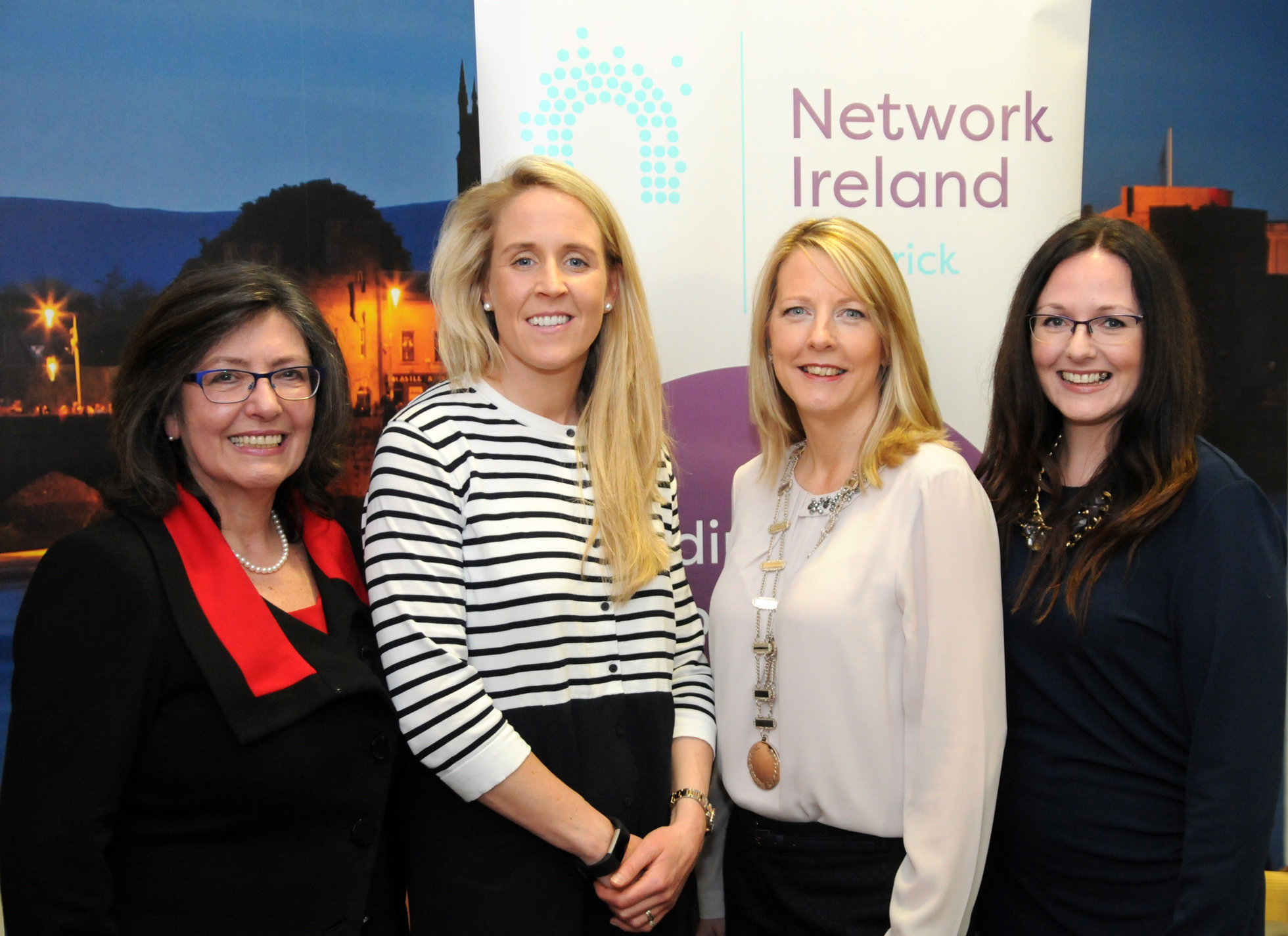 NETGuest speakers Josephine Feehily and Joy Neville encouraged more women to “Be bold and put yourself forward” at Network Ireland Limerick International Womens Day Event 2017 in association with AIB. Over 70 women in business, the professions and the arts from across the Midwest attended the event which took place in AIB 106 O’Connell Street, Limerick.

Both speakers achieved many firsts for women.

Grand Slam winner Joy Neville, from Limerick City, earned 70 caps playing rugby for Ireland. She broke new ground last season when she was named assistant referee for the European Challenge Cup game between Bath and Bristol, making her the first female official in European rugby and since then took charge of an Ulster Bank League Division 1A game.

Both speakers shared inspirational insights into their career journey’s to date and how they broke barriers through determination, putting themselves forward, setting goals and achieving them.

Ms Feehily encouraged attendees to “Put yourself forward for opportunities. Promote yourself, be a role model and help others up the ladder.”

Ms Neville gave advice to young women starting out on their careers saying “be confident, passionate and don’t be afraid to ask for help.”  With ambitions to pursue her referee career at Pro 12 level and beyond, she finished her talk saying, “The question isn’t who is going to stop me, it is who is going to let me.”

Speaking about the success of the event, Edwina Gore, President of Network Ireland Limerick, said, “Our celebration of International Women’s Day was a huge success thanks to our sponsors AIB and our two formidable guest speakers. Hearing their stories on how they both broke down barriers in traditionally male-dominated environments was inspirational. Our aim at Network Ireland Limerick is to inspire our member’s ambition. From feedback, it is clear that the insights shared had an impact on our members and I hope the confidence to fuel their ambition more.”