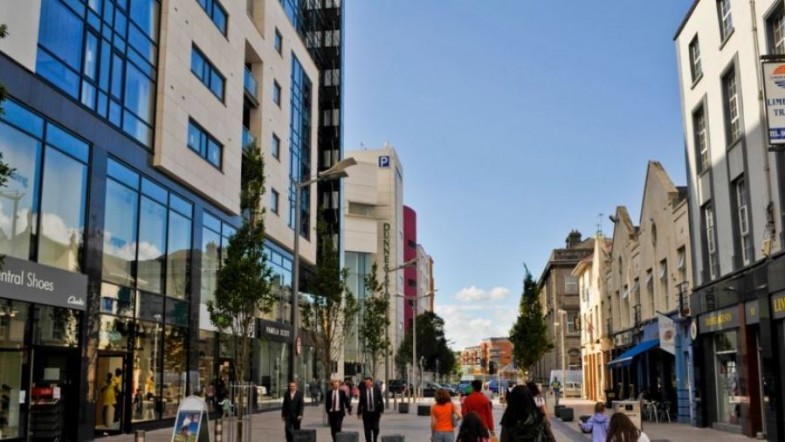 New central library Limerick city was announced by the Mayor of the City and County of Limerick Cllr Liam Galvin has welcomed the allocation of a €2 million capital grant towards the cost. The announcement was made in Dublin on January Wednesday 27 by the Minister for the Environment, Community and Local Government, Mr. Alan Kelly, under the Capital Funding Programme for Public Libraries. The new central library is expected to replace the current city library at the Granary.

Mayor Galvin noted that Limerick City and County Council has identified the provision of a new City Library as its “number one priority for the development of the Library Service in Limerick.” He added that the project will also be an important element in the Council’s efforts to gain the prestigious designation of European Capital of Culture 2020.

“This proposed new library will act as a powerful cultural and social inclusion agent, playing a pivotal role in strengthening community identity and promoting civic participation,” said the Mayor. “It will support the Local Authority’s economic agenda through business and job skills support. It also will combat educational disadvantage through the promotion of literacy and community lifelong learning.”

Council boss Conn Murray, Chief Executive of Limerick City and County Council stated that the new library will be “a 21st century design, responding to and indeed leading the new ways in which people learn and acquire information. It will address what good digital spaces should look like and what kind of new learning spaces are needed.”

Mr Murray added, “The library, which will eventually replace the existing facility at the Granary, will be Limerick’s open and inclusive venue, nurturing the development of critical thinking and an informed citizenry. Central to the library plan is an emphasis on innovation, education and new ways of learning achieved through collaboration between key education stakeholders in the City and County.”

Damien Brady, Limerick City and County Librarian confirmed that the capital grant announcement of will allow the Council to proceed to select the most suitable site location for the project and commence work on the design of the new Central Library for Limerick.

The Public Library Service remains one of the most popular and best-used cultural services provided by Limerick City and County Council.  In 2015, Limerick City and County Libraries issued over 750,000 books to 31,500 readers. Limerick Library Services also recorded over 700,000 visitors who availed a wide range of services, including access to Information Technology, study facilities and cultural events.