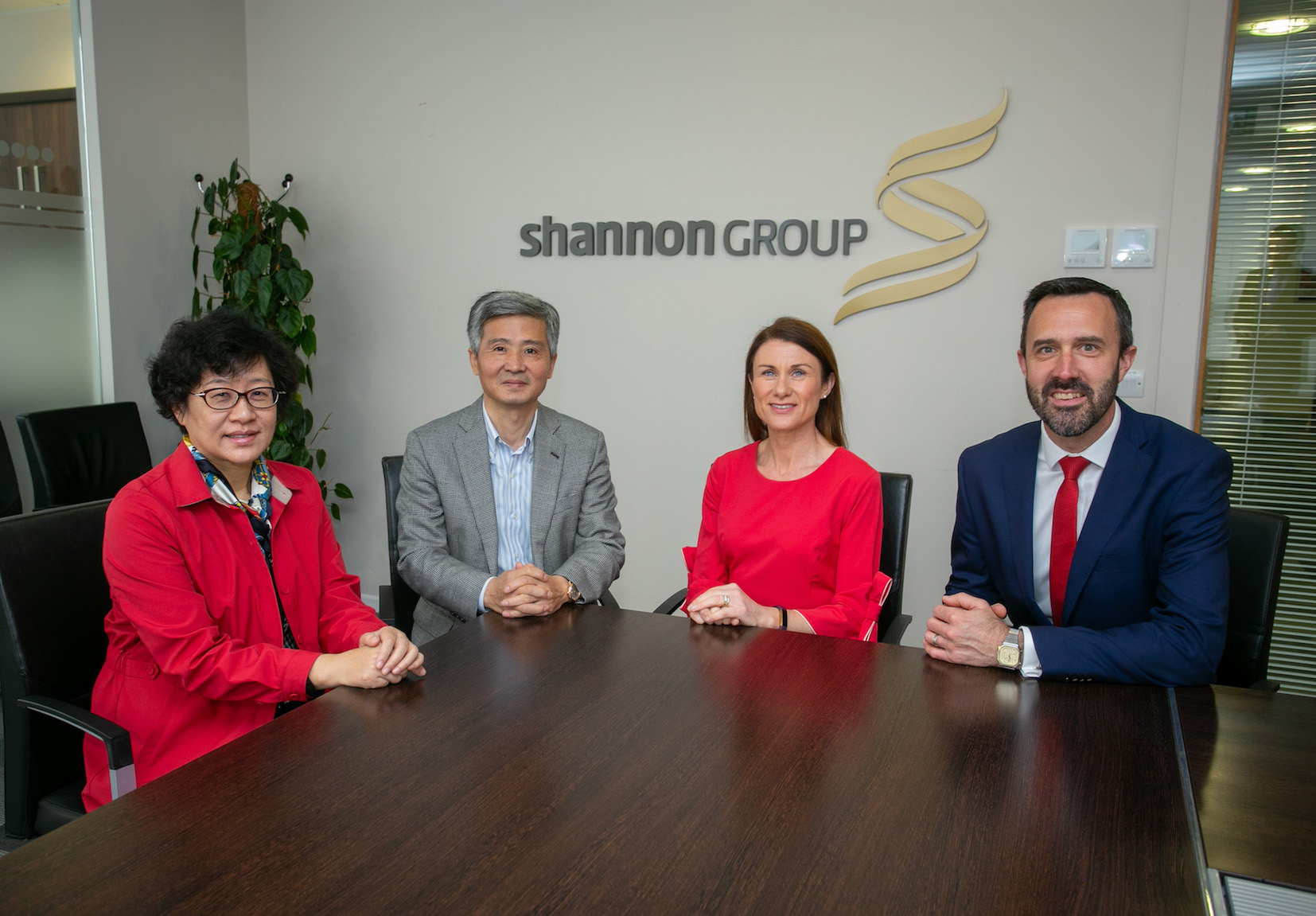 Shannon Group Deputy CEO, Mary Considine and Shannon Airport Managing Director, Andrew Murphy, had a “very positive” meeting on Friday, May 24 with the Chinese Ambassador-designate to Ireland H.E. Mr. He Xiangdong, on what was his first visit to Shannon Airport and his first tour outside Dublin since his arrival in Ireland on May 3 2019.

Commenting on the meeting Ms Considine said “Shannon Group was delighted to welcome the Ambassador-designate to Shannon. The visit was even more special as this year marks the 40th anniversary of the establishment of diplomatic relations between China and Ireland.

“We had a very positive meeting during which we discussed the very close ties between our region and China, as well as the opportunities that exist to deepen these in the years ahead. We would like to thank His Excellency, Dr Yue Xiaoyong, whom Mr He Xiangdong succeeds, and wish him well.”

During his visit, the Ambassador-designate, who was accompanied by his wife Mme. Xia Lining received a comprehensive briefing on Shannon Group companies – Shannon Airport, Shannon Commercial Properties and Shannon Heritage and the Group’s positive impact on the regional and national economy.

Andrew Murphy, Shannon Airport Managing Director, said “It was a pleasure to meet with the Ambassador-designate and his wife. We look forward to strengthening the strong friendship between Shannon and China in the years ahead.”

The Ambassador designate’s Shannon tour included a visit to Shannon Free Zone, which is managed by Shannon Group’s property company Shannon Commercial Properties. This year Shannon Free Zone is celebrating the 60th anniversary of its establishment.

Shannon’s relationship with China dates back to 1980 when Jiang Zemin – then an official who would later become president of China – led a delegation to Shannon to study the Shannon Free Zone. So impressed was he that the Shannon Free Zone model was adopted across China and led to the development of their hugely successful special economic zones, which inspired China’s economic boom.

Jiang Zemin’s visit to Shannon began a stream of visits which saw two Chinese premiers and many Chinese government delegations come to the region to further explore the regional economic development model. Since then, among those to have visited Shannon were, Premier Zhu Rongji, Premier Wen Jiabao, Vice Premier Huang Ju and Vice Premier Zeng Peiyan and the current Chinese President Xi Jinping.

The new designate Chinese Ambassador’s tour included a visit to Bunratty Castle and Folk Park, which is owned and managed by Shannon Group’s tourism company, Shannon Heritage. Here he retraced the steps of the Chinese President Xi Jinping, who attended a special banquet in his honour held at the Castle in 2012 when he was then Vice President.