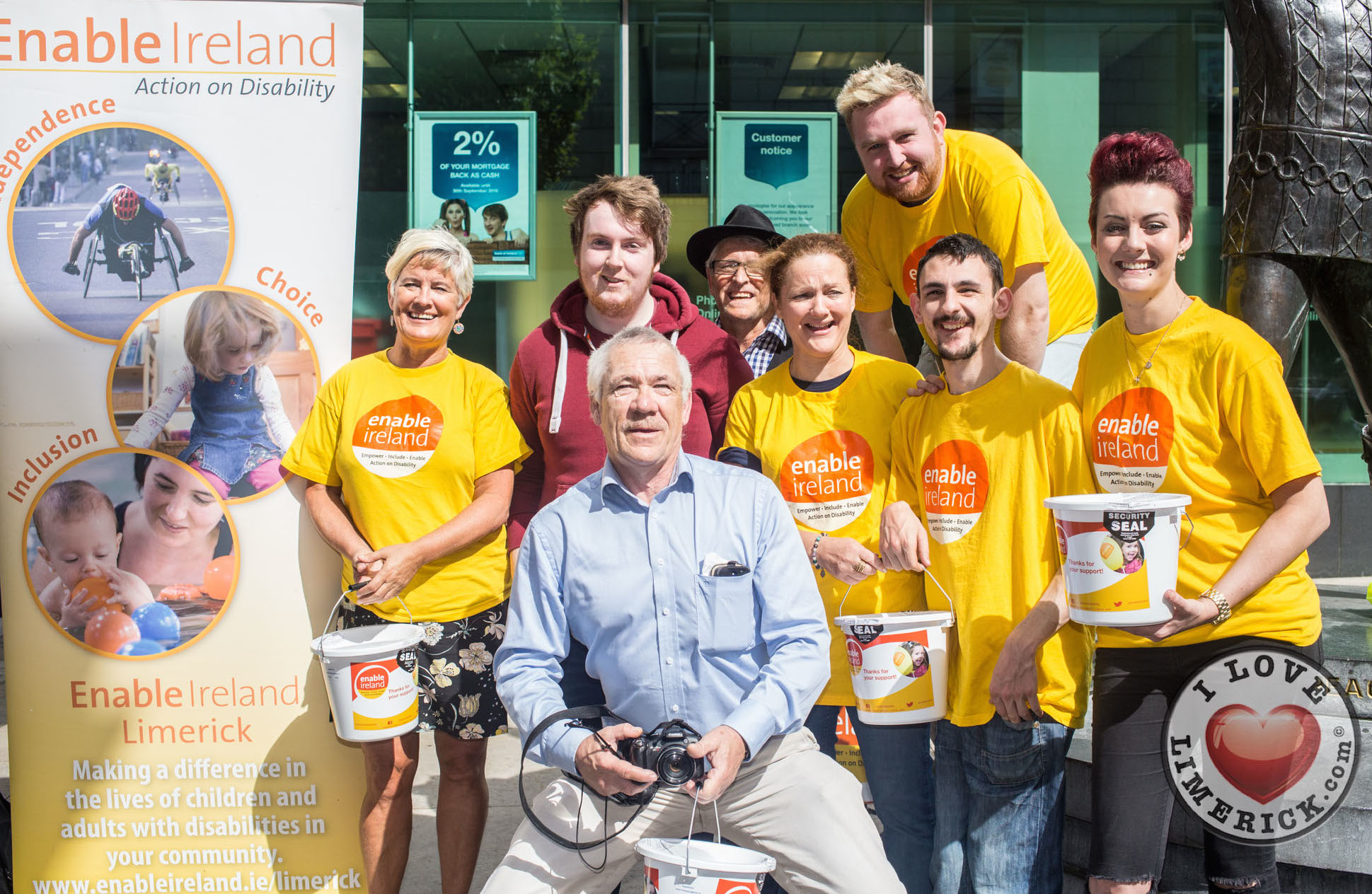 Enable Ireland which provides services to children and adults living with disabilities and their families began a project in 2017 called Quantum Leap which kick-started the development of the Enable Ireland centre Castleconnell.

Nancy Geary, Castleconnell line manager, commented on these developments saying, “We began to work with DK Architects to design this new space to be fully accessible, fresh, colourful and most of all motivational for those using it to be able to direct their own service to the best of their ability, and use it as a base to explore options in the community.”

She then added, “During the design process we applied to the JP McManus Fund to help fund the project that was estimated to cost €600,000 to €700,000. We were subsequently approved for partial funding.”

Nancy continued to explain the processes of planning the Enable Ireland Centre Castleconnell stating, “Unfortunately, that was around the time of the economic downturn and it took many attempts after that to secure ways to fund the build as well as re-examining the plans to reduce building costs.

“Finally, after a few years of negotiations, the project was officially approved and in 2016 the construction of the new space commenced,”

Enable Ireland received the keys last month and are in the process of fitting out the new Enable Ireland Centre Castleconnell. They hope to open the doors of the service on April 3. The new centre will cater for 10 to 15 service users and at the moment is day provision.

Nancy Geary highlighted, “The aim of this project was to allow each participant to progress towards a more individualised service where they would be in control of the support they receive from Enable Ireland. Every individual had the opportunity to develop their own plan and follow this through with the support of a life coach. They set themselves the goal of moving outside of their comfort zone and take responsibility for the paths they chose.

“For the participants of this project to progress in a more meaningful and purposeful way, it was decided there needed to be a ‘physical’ progression away from the ‘traditional’ day service provision to a more independent community-based support. This was the inception of the development in Castleconnell,” she added.

Service users and staff spent time last year to plan and develop the concept and ethos of the new Enable Ireland Centre Castleconnell which resulted in a busy year.

“It is envisaged that it will be a place where individuals can develop, grow and reflect. This will include an individualised support system based on need, collaborative supports, positive risk taking, development of real, valued social roles, experiential learning and real community involvement,” said Nancy. Enable Ireland have also been busy raising awareness and fundraising to fit out the new centre.

Nancy Geary thanked those who helped in the fundraising process  including the Castleconnell community who raised an incredible sum of €3,700. She said “The Castleconnell community has been extremely supportive of our fundraising efforts through church gate collections and a recent table quiz night in Ahane GAA organised by Tony and Bernadette Condon and their family. There was an overwhelming feeling of welcome and support,”.

“We have already been approached by various community groups for possible collaborative opportunities, which have been greatly welcomed. We look forward to further developing these and much more in the near future,” Nancy added.

email fundraising manager [email protected] if you would like to support their endeavours.