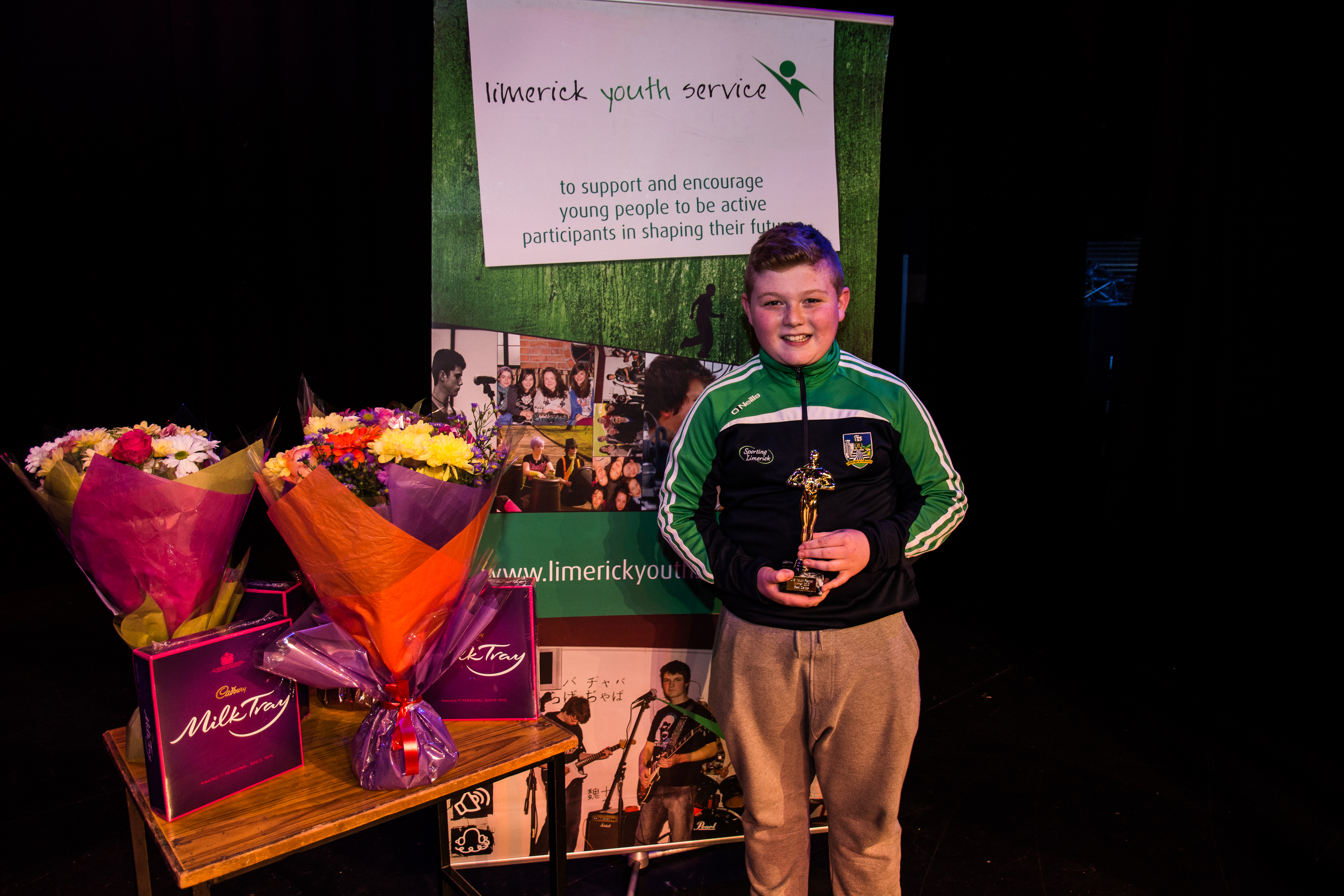 Cheered on by a large and vocal following from the West Limerick town, Bryan stole the show with a traditional sean-nós dance that wowed the audience and judges respectively.

Presenting Bryan with his award one of the judges, Joe McCall, a former Eurovision Song Contest participant, congratulated Bryan on his success saying the Dance Category was ‘one of the most difficult to choose.’

While there was delight for Bryan there was disappointment for two other Limerick acts with Killmallock band Chase and Foynes native Sarah Moynihan, St. Senan’s YC, missing out in the Band and Song Categories respectively.

‘The standard at this year’s Youth Factor was very high and the young people should be extremely proud of their performance,’ said Limerick Youth Service’s Dermot Troy who congratulated Bryan on his success.

‘I know Chase (Aoife Barret, Georgina Donnegan and Emma Meehan) and Sarah were disappointed not to win but they, and all the participants, deserve great credit for taking to the stage in front of what was a packed house at the Dean Crowe Theatre, Athlone,’ added Mr. Troy.

Sunday’s talent show was the second part of what was a busy weekend in the midlands town as Saturday saw young people from across the country competed in Youth Work Ireland’s Youth Games.

‘Unfortunately the bad summer for Limerick sport continued with the U15s following in the footsteps of the Senior Hurlers and Footballers and exciting the competition early,’ sighed Mr. Troy.

Reflecting on the weekend Mr. Troy thanked the young people, volunteers and the staff of Limerick Youth Service, Youth Work Ireland, the Dean Crown Theatre and Athlone Institute of Technology who made the weekend such a memorable one.