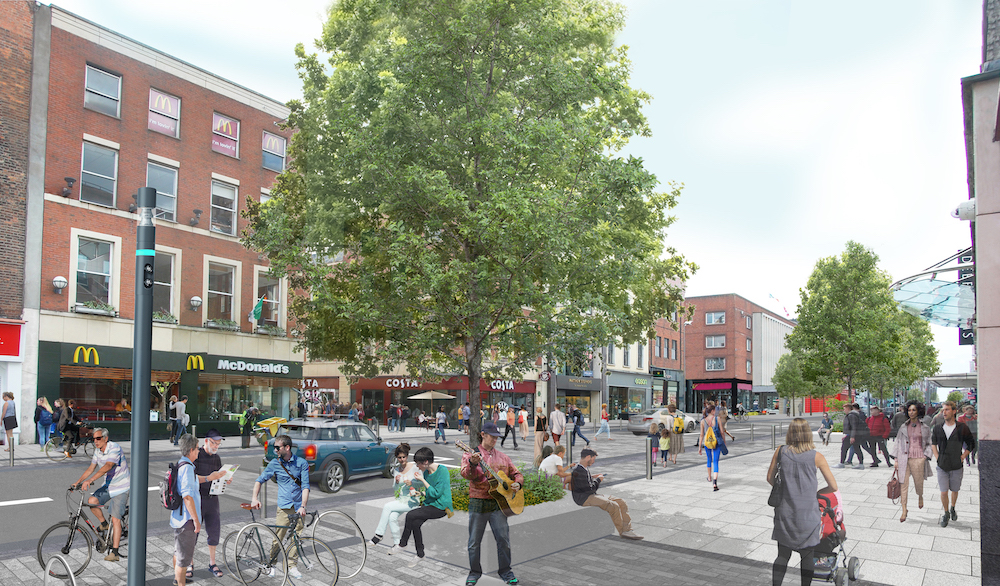 Over half a million euro in government funding has been allocated for the development of a giant Newton’s Prism installation in Limerick city center.

The rotating equilateral prism will be built at the junction of Lower Thomas Street and O’Connell Street.

It is planned for the structure to coincide with the O’Connell Street Revitalization Project.

The prism, which is being developed in conjunction with Limerick City and County Council, is still in early stages of development with no final design yet approved.

Minister for Tourism, Culture, Arts, Gaeltacht, Sport and Media Catherine Martin and Fáilte Ireland have announced the locations where several projects of scale will be developed across the country to transform and re-imagine urban and public areas.

“I joined Fáilte Ireland in announcing funding for seven locations around the country where urban animation projects of scale will be supported from the pilot €5 million Urban Animation Capital Investment Scheme. Under this scheme exciting urban animation project of scale, involving aspects such as public art, light installations and performance spaces, will be developed in Cork, Galway, Kilkenny, Limerick, Louth, Waterford and Dublin,” Minister Martin said.

“The projects allocated funding through Fáilte Ireland’s Urban Animation Capital Investment Scheme will help re-invigorate these urban areas and increase their tourism appeal. This is important in attracting visitors to our towns and cities and increasing dwell time to support local tourism and hospitality businesses and jobs.

It is also important to note that these projects will be sustainable and in line with environmental best practice. This funding announcement further strengthens this government’s commitment to developing the regions as outlined in the ‘Our Rural Future’ plan,’” she added.

The €5m is being made available under the Urban Animation Capital Investment Scheme, which opened for applications in April.

Orla Carroll, Director of Product Development at Fáilte Ireland said, “Urban animation will play an increasingly important role in transforming and re-imagining our public spaces as safe, welcoming and vibrant places to visit.

Our pilot scheme will support local authorities to enhance urban areas and I want to thank Minister Martin for securing the €5 million funding. Seven exciting projects have been allocated funding and we look forward to working with the County and City Management Association (CCMA) and the local authorities in making these projects a reality before the end of summer 2022.”

It is hoped each of the projects which are to receive funding will be delivered before the end of summer 2022.

Related Topics:newtons prism
Up Next