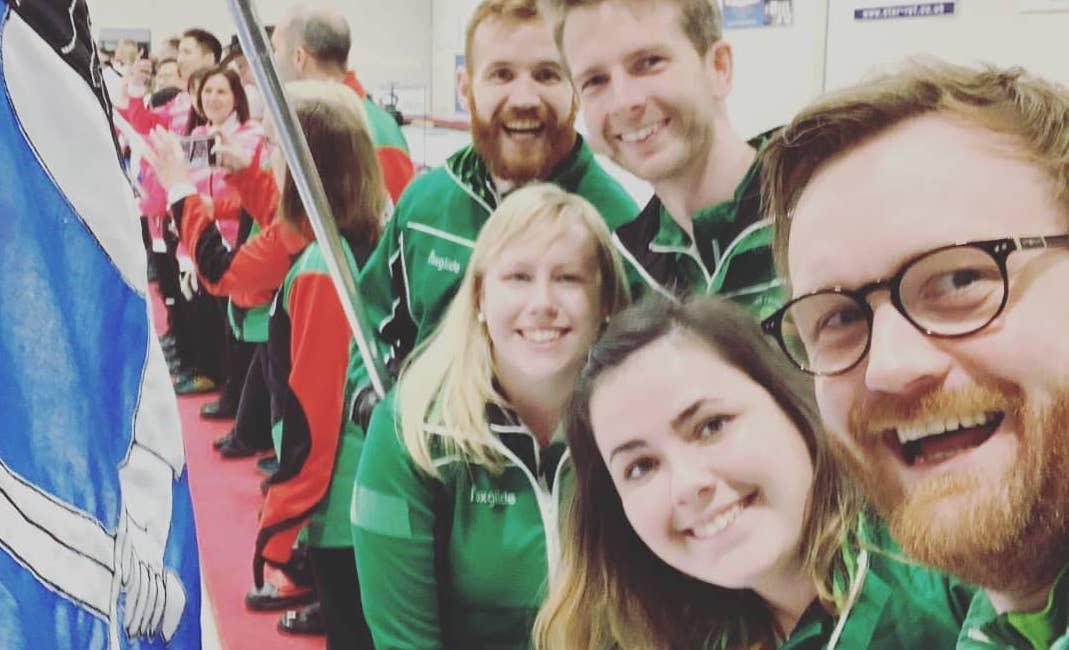 Niamh Begley Luke, originally from Gouldahover, Limerick is currently in Aberdeen for The World Mixed Curling Championships where Niamh and her team have already beaten Slovenia, Italy, China and Japan.

Saturday, October 12 marked the beginning of the intense 10-day competition being held at Granite City and hosts 40 nations all competing for the gold medal.

Ireland are set to compete against Slovenia, Italy, China, Japan, Turkey, Luxembourg and Scotland and have already defeated the four aforementioned leaving only three more to take the crown.

The 25-year-old nurse made the move from Limerick to Stirling two years ago in pursuit of a career in nursing.

It was here, roaming through the halls of the University of Stirling that she discovered an advert for curling: a sport she had never heard of. Curiosity got the better of her and so she decided to give it a go and never stopped!

Niamh told Brig News: “I got lost in the Students’ Union one day and ended up stumbling across the sports clubs noticeboard. I saw curling advertised but I had never heard of it before.

Two years later and she is now the president of the University of Stirling Curling Club, plays for a local team at The Peak and most prominently represents Ireland in the World Championships.

Niamh’s love for curling has grown over the past few years and is something she hopes to see in more women and men alike.

Niamh said, “Curling is like driving a car. At the start you’re really scared in case you fall over but if you throw yourself into it, you can get quite good, quite quickly.

“It’s so much fun, and really is for people of all ages. I can’t wait to represent Ireland and hopefully put in a strong performance at my first international meet.”

For more information on the Irish Curling Team click here.