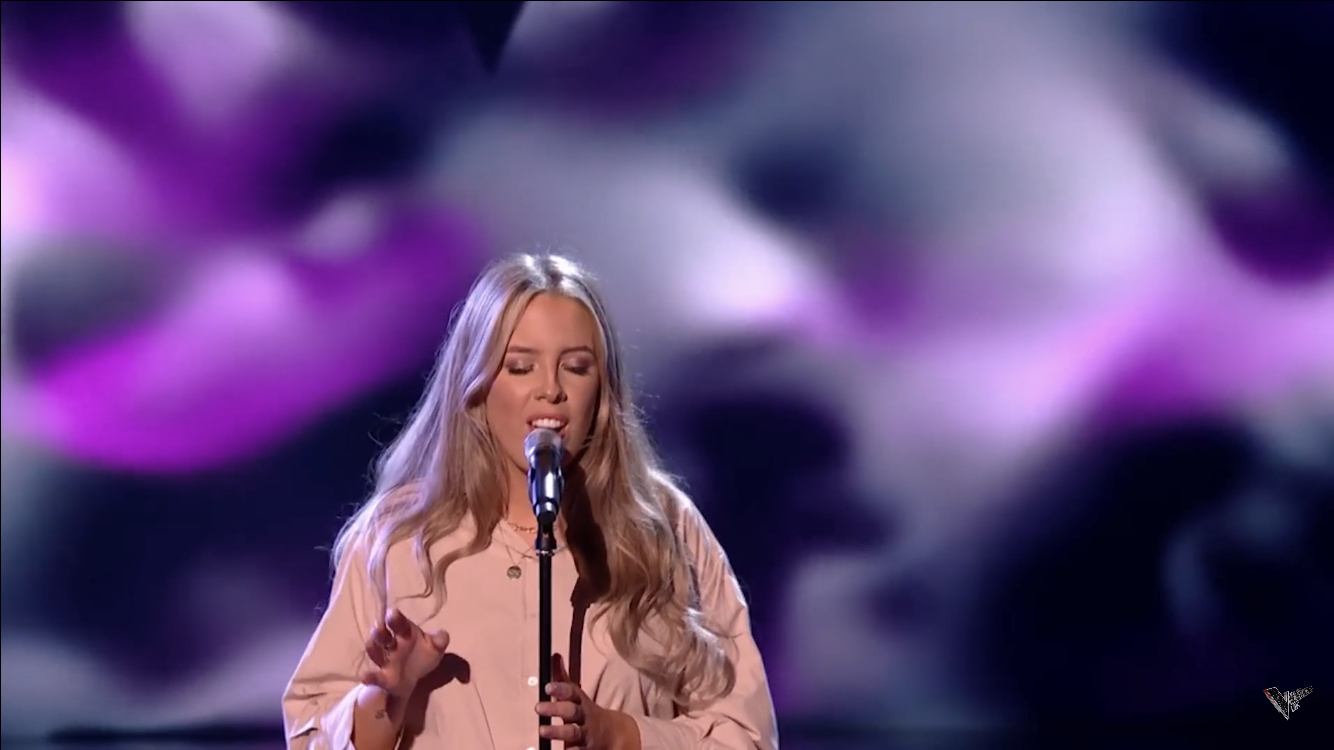 Niamh Nolan from Kilcoman will continue to compete in the singing competition on Will.i.am’s team.

Limerick woman Niamh Nolan left the judges of The Voice UK in awe after her phenomenal performance which aired on Saturday, October 8. Niamh Nolan, from Kilcoman in West Limerick performed in front of some of the most famous names in music; Tom Jones, Olly Murs, Anne-Marie, and Will.i.am.

The Voice is a popular singing contest on ITV, where contestants aim to win over the judges based on their voice and not their appearance. The singer will perform with the judges’ backs ruined, and if they like what they hear, they then turn around to see the performer.

The 25-year-old singer grew up in Limerick’s countryside with her parents and three siblings and attended secondary school at Desmond College, Newcastle West. She currently works as a childcare assistant Monday to Friday in a toddler room with two children she adores like they were her own. Niamh described to the audience her rural life in Kilcoman, “There are a couple of cattle, hens, a little greenhouse, and gardens. It is such a cliché household, but we wouldn’t have it any other way.”

Niamh began to gain attention online for her talent during lockdown when she uploaded videos of her singing to social media apps Tiktok and Instagram. She said it had been her ‘lifelong dream’ to share her voice with a wider audience. She decided to audition for The Voice after a staff member reached out to her and told her she would have a really good shot at getting an audition.

Niamh Nolan performed ‘Shallow,’ by Lady Gaga and Bradley Cooper which got the attention of legendary Tom Jones, as he pressed the red button, and Will.i.am followed suit towards the end of her performance.

Niamh absolutely wooed the judges over and they were full of praise for the Limerick singer. Will.i.am commented on her performance saying, “You sounded angelic. My seat not turning for you would be disrespectful to the level of talent that you have.”

Tom Jones told Niamh, “You can sing, it is as simple as that. I had to press my button because that is as good as I think you are.”

The Limerick woman was emotional after her performance as it was a lifelong dream come true. Niamh will now continue in the competition and will undergo training from Will.i.am. Good luck Niamh!

For more information on The Voice, go HERE