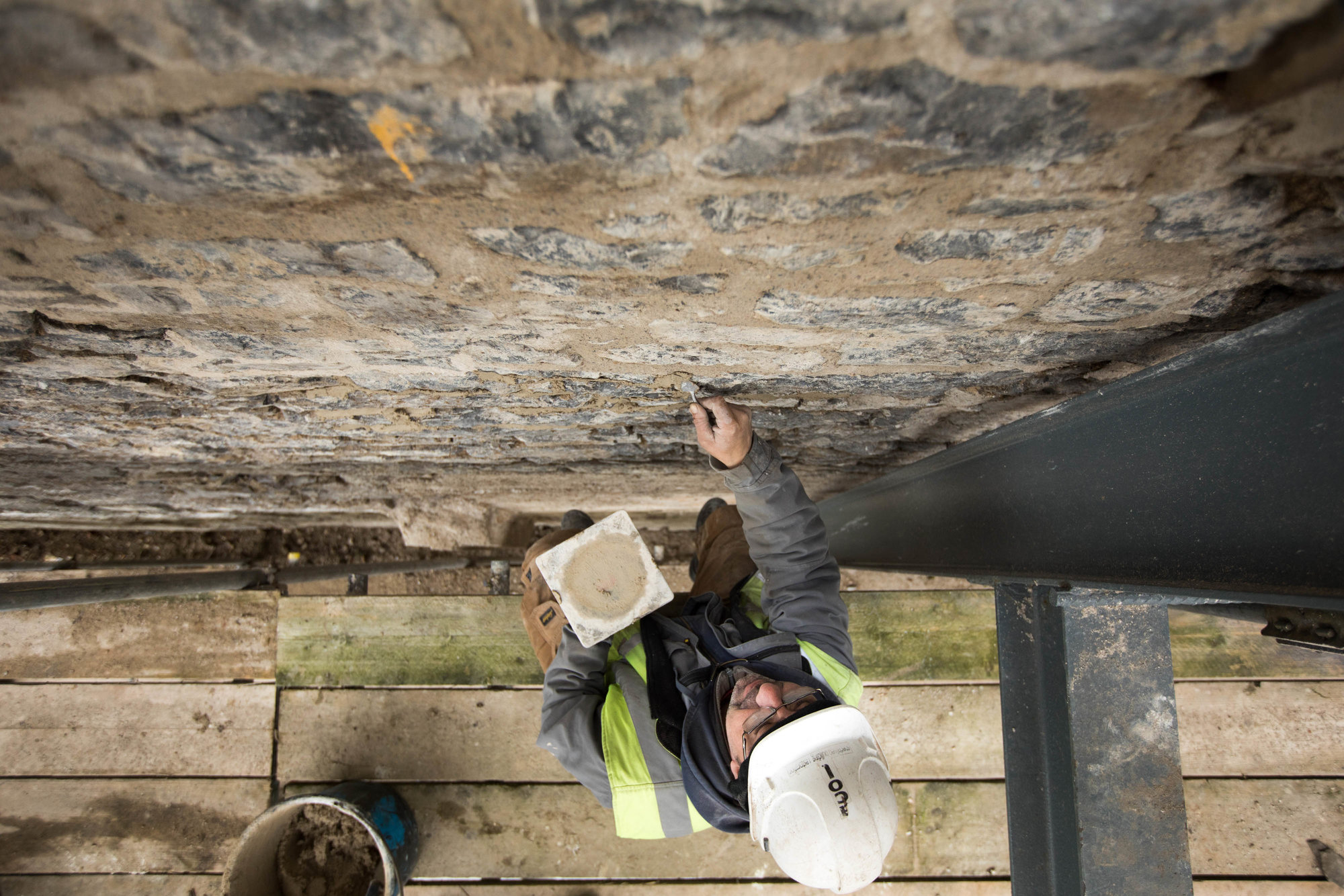 A protective canopy has been placed around the entire structure to shield it from the weather as expert stonemasons begin the intricate and delicate work of restoring the fireplace and surrounding structure.

This prominent site is located at the corner of Nicholas Street and Peter Street in an area of high archaeological potential.

In medieval Limerick, Nicholas Street was the principal street situated in the heart of the walled city and dates back to the foundations of Limerick.  The prominence of this site on the street and its proximity to the quays, King John’s Castle and St Mary’s Cathedral places it at the centre of civic life.

In the 1990’s, the demolition of existing derelict buildings in the area revealed a stone party wall that contains the fireplace and stone corbels, which is of archaeological and architectural interest.

This wall is situated between what were probably two stone medieval houses that date back to the late medieval or early post-medieval era (late 15th century). In addition, the site retains remnants of the long narrow properties of medieval burgage plots with an average width of five metres. Test trenching carried out on the site revealed further underlying archaeological deposits and a cellar feature.

The works being carried out on Nicholas Street Fireplace Site include an intricate archaeological and conservation engineer’s analysis, mortar testing to establish the correct mortar to be used in the works, and a very detailed 3D-laser scan survey. Consent from the Department of Arts, Heritage, Regional, Rural and Gaeltacht Affairs was required prior to commencing the works, due to their nature.

“Heritage and culture have the potential to be a catalyst for economic and social regeneration in the form of heritage tourism and long-term community engagement with their rich history. Given the close proximity of Nicholas Street to King John’s Castle, with visitor numbers at more than 100,000 annually, we will develop the area in a balanced and considered way that works to preserve the archaeological remains of King’s Island’s while simultaneously supporting urban revitalisation needed for the present.”

“Recent developments in similar Irish medieval cities such as Kilkenny and Waterford reinforce this positive tourist potential of such sites. In Waterford, the ‘Viking Triangle’ is a significant economic driver, while Kilkenny have recently launched the ‘Medieval Mile’, harnessing their past for future benefit.”

To read more stories about history in Limerick, click here.