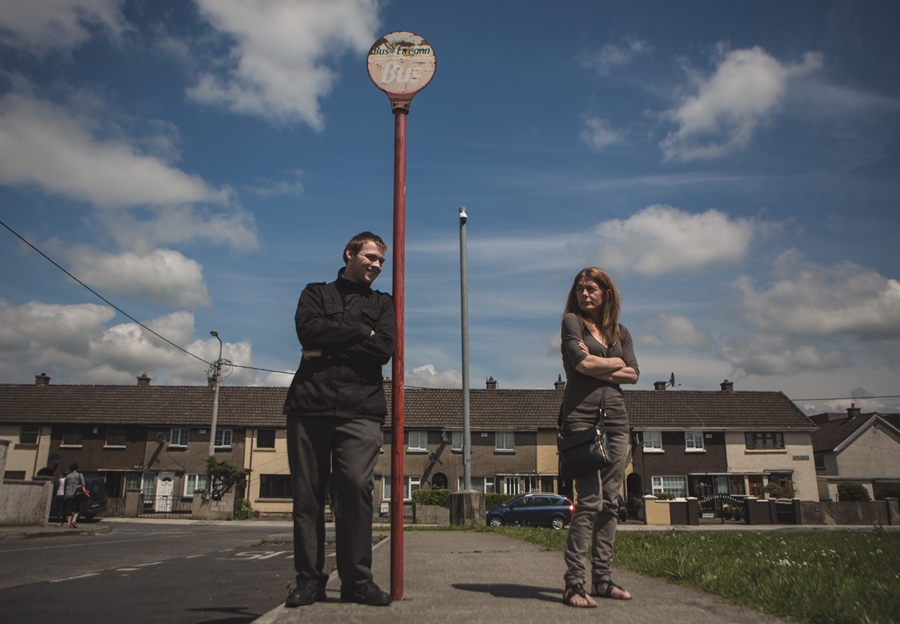 “A woman stands at a bus stop after receiving devastating news. She confides in a stranger and a deep friendship develops”

The Northside Misfits Community Drama Group have been together for the past two years.  In 2013, two members of the group performed in the world premiere of ‘Blackguarded Our Vagina Dialogues’ in the Belltable and Friars Gate, raising over 1,000.00 Euro for the Limerick Rape Crisis Centre.

In autumn 2014 a group of volunteers from Northside Family Resource Centre applied for a Compassionate Communities seed grant to stage a piece of theatre that would highlight the importance of thinking, talking and sharing our thoughts about the end of life. They named it ‘taLK’; Think Ahead Limerick.

‘taLK’ directed by Karen Fitzgibbon, was written through workshop sessions between the actors and writer. There has been laughter and some tears but what has emerged is a beautiful, witty and heartfelt piece. It shows one woman’s journey through diagnosis to prognosis to living well and the wonderfully charismatic people she meets along the way.

‘taLK’ made its world premiere in the Northside Community and at Milford Hospice.  The overall reaction was phenomenal.  These are just some of the comments made by the audience:

Senator Marie Louise O’Donnell came from Dublin to see the performance and spoke at length about the power of theatre and what The Northside Misfits Community Drama Group had achieved on a local level on the night. The process of creative writing with a group of actors through devising can be powerful and thought provoking. The group starts with a seed of an idea and work from there, building characters and developing plots to move the story forward. This piece of theatre evolved extensively from when they began because of the passion emulating from the group as a collective.

Donations to Milford on the night welcome.