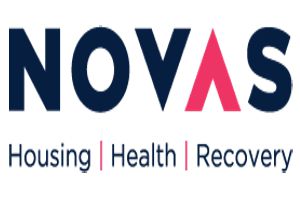 Novas 2015 Annual Report, launched by Minister for Housing, Simon Coveney on Friday 09th December, reveals a startling rise in the number of people the organisation supported this year. More than 2,400 people accessed its services last year, this being an increase of 9% from the previous year and 150% in a six year period.  More than half of these people were from Limerick.

At the launch, which was held in Novas’ Brother Russell House in Limerick city, Michael Goulding Novas’ CEO, said that ‘the organisation’s response to the crisis was multi-faceted, creative and pro-active.’ He noted that during 2015 Novas ‘added to its long-term housing stock in Limerick and Kerry, extended capacity in McGarry House developed a New Housing First service and provided a range of innovative responses to the levels of overdose among the homeless population’. Minister Coveney complemented Novas on the range of pro-active developments throughout the year and said he admired Novas’ commitment ‘to finding lasting solutions to homelessness’ and pointed out that supporting homeless people was not just about providing housing, but also about ‘support regarding recovery, health and addiction’

Despite the significant number of people supported and the extension and development of existing and new services, Novas was unable to offer a service to 65% of those  who were referred, as demand continually exceeded capacity throughout the year. Goulding said that while he was ‘heartened by the organisation’s response to the crisis, there was still much to do’. He said that ‘increasing supply of housing and recognising the complex issues faced by homeless people were integral to providing long-term solutions to the crisis’ and that Novas was committed to increasing their housing stock while also providing ‘holistic support to clients around Housing, Health and Recovery.’

During 2015, the organisation established a Peer Overdose Education Programme – Topple. This programme was designed to empower clients to recognise the signs of overdose, respond in the event of overdose and provide support in the event of non-fatal overdoses. Five clients graduated from the TOPPLE programme at the Graduate Entry Medical School, UL, earlier this year.

Minister Coveney spoke about the broad-ranging services provided by Novas in Limerick and throughout the country and spoke of his privilege to be invited to launch its annual report. He highlighted the ‘deep-rooted commitment of 200 staff and 100 volunteers’ in the organisation to supporting homeless clients and personally thanked them for their endeavours.

To read more about charities in Limerick here