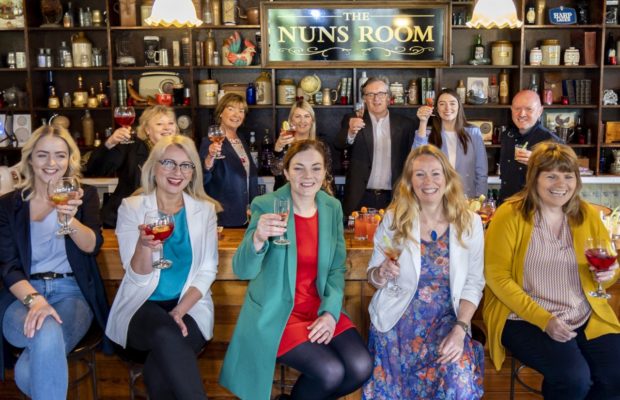 The Kennedy Rooms which is the old FCJ Convent in Bruff has now ventured into a new realm of social entertainment by opening Irelands first non alcoholic Bar  Called the Nuns Room.

The Kennedy Rooms which is the old FCJ Convent in Bruff has now ventured into a new realm of social entertainment by opening Irelands first non-alcoholic Bar. The Bar which will be called the “Nuns Room” and by coincidence was the very room that the nuns in the convent used to “chill” out in after a hard day’s work. So it is apt that the concept of a Non-Alcoholic Bar has now taken front and centre as part of the Kennedy Rooms concept at Bruff. The Kennedy Rooms is a multi Room Events space facility with many rooms that can be used for dining, entertainment meetings and conferences. 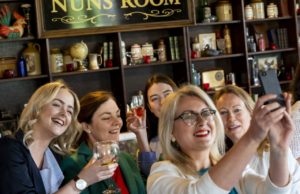 The Nuns Room, the brainchild of John Fitzgerald is intended to cater for the needs of the non-drinker or just anyone that wants to have a social evening and drive home without the usual stresses that are involved with going to a pub in a rural area. With the culture changes in drinking and driving it is now becoming critically important to create something new to add to the offering of the Pub as the only option to socialise and meet people. The advent of the coffee shop has changed the social landscape in Ireland as where once we met “for a pint” we now meet “for a coffee”. This really highlights the fact that it is not the alcohol that is the driver but the need to be sociable is really the reason that pubs have been so successful and an important part of Irish life and culture. However, as can be seen from the success of the coffee culture and the new mind shift of the millennial we are now are in a very different landscape about social drinking and socialising in general.

John says, “We believe that the future of social interactions will dramatically change in Ireland to be centred more on health, wellness and mindfulness. Therefore the advent of pubs/bars like the Nuns Room will develop and be integrated into the existing pub/bar/restaurant culture and infrastructure. This will at least go some way to help particularly in the issue of rural isolation partly caused due to the zero tolerance in drink driving.”

The millennials will be the major driver of change for this as their cultural upbringing and inputs are very different and are more connected to the environment, mindfulness and health. “They didn’t grow up with having a few pints and getting in the car as normal” …The concept is by no means just designed for the millennial as it is really just a nice place to meet, chat, sing a few songs, have a nice bite to eat and just relax to unwind the stresses of a busy day.

The Nuns Room are researching and finding the best non alcoholic beers, wines, spirits, cocktails etc but it is not all about the non alcoholic offerings as they intend to also have really high-quality fruit-based drinks, juices, protein shakes, health and wellness drinks, low sugar, and some of the more popular health refreshments on the market. They are going to have good coffee and a selection of fine teas, so it is not just a “dry pub” as the secret they believe will be in the total offering to include a light bite food menu that is fresh, clean and healthy.

They aim to create a lovely atmosphere and environment in the Nuns Room and in conjunction with the very special and unique location of the Kennedy Rooms their hope is that they will build a place that people will want to be part of and visit regularly.

Initially, they plan to open on Friday afternoons as a tester and then hopefully grow from there based on interest and demand.

No!… Its built so they must be already be on the way.