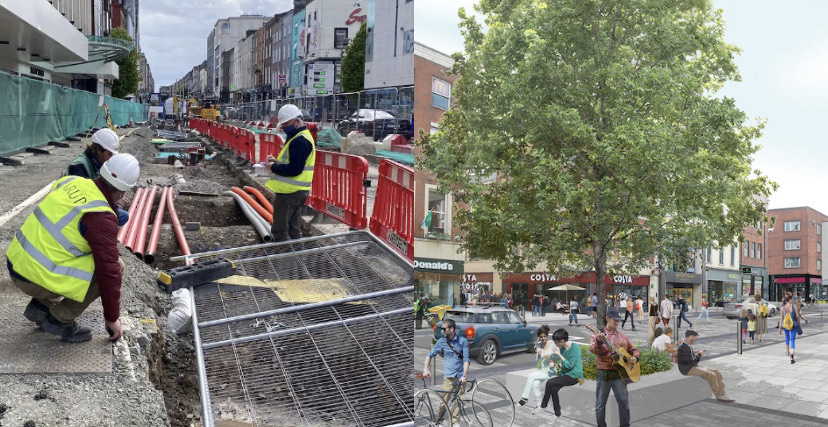 O Connell Street Revitalisation Project to be completed by November 25

The Revitalisation Project covers the area between the junctions of Denmark Street, Arthur’s Quay, Cecil Street, and Lower Cecil Street.

The aim of the project is to re-invent Limerick’s main street, expand pedestrian facilities, and provide dedicated cycling and public transport links.

The €9 million euro Revitalisation Project began in March 2021 but was delayed for some time due to the COVID-19 pandemic.

While the contractor of the project has given the date of Friday, November 25 for the project’s completion, a plan has been put in place to facilitate the Christmas shopping period if for some reason the deadline is not met.

It has been decided that all works will stop on November 25 and will recommence in January 2023 if the project is not completed on time. This comes after discussions with business groups and traders.

Two lanes of traffic will be opened temporarily during the month of December and the new bus lane will not be administered until the very end of the project to avoid inconvenience.

Upon completion, the project will feature:

-Wider footpaths to facilitate people gathering, on-street trading, and ‘spill-out zones’ from shops and cafés on the street

-Provision of street furniture on the street including seating areas, trees, planting, bicycle stands, and lighting, as well as features such as sculptures, pedestrian plazas and water installations

While there are some traffic restrictions in place, businesses remain open and accessible to the public.

For more information on the Revitalisation Project, go HERE

Related Topics:Limerick City and County CouncilO Connell Street
Up Next