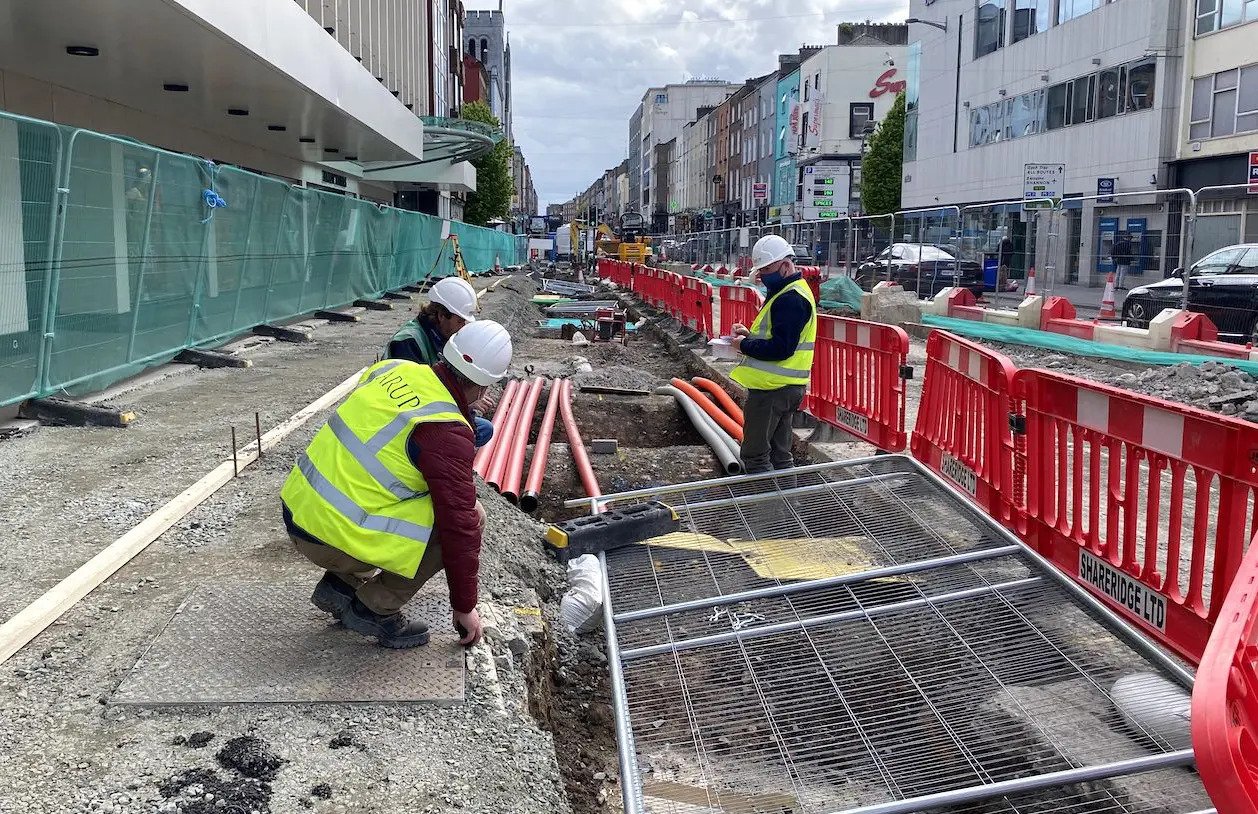 O Connell Street works – original phasing of works designed to minimise disruption and facilitate maximum trading, have been thrown out the window and project delivery is chaotic

Limerick Chamber has called for commitment to an accelerated programme for delivery on the €9.1m O Connell Street revitalisation works

Limerick Chamber has called for an urgent meeting with the Chief Executive of Local Authority, the Director of Service responsible for Public Realm and a senior representative of the contractor to call for commitment to an accelerated programme for delivery on the €9.1m O’Connell Street revitalisation works.

The publicly funded project is seen to be a critical support for not only the COVID economic recovery in the city but also an enabler for private investment to follow.  However multiple changes to the originally agreed sequence of works, reams of fencing and hoarding impinging on space for pedestrians, and poor cleanliness of the completed new paving have left city centre business owners angry and demanding improvements.

Commenting on the progress of the O Connell Street works, Limerick Chamber Chief Executive Dee Ryan said, “The revitalisation of O’Connell street is a crucial investment in our city centre. Limerick Chamber members were heavily involved in lobbying for the project and engaging with the Local Authority to ensure their voice was heard.

We pushed hard for works to commence during the lockdown of 2021, recognising that city centre traders needed support more than ever emerging from the pandemic. It is extremely frustrating to our members, the people whose livelihoods are most impacted, that original phasing of works designed to minimise disruption and facilitate maximum trading, have been thrown out the window and project delivery is chaotic.”

Owner of Centra stores on O’Connell Street and Chair of Limerick Chamber’s City Centre Committee, James Ryan said, “This is not what we were told would happen.  They said they would open only one block at a time and fully finish and close up that block before moving on to the next one.  Right now four blocks on O’Connell street are open, dug up at the same time, there is no space for people to move around and the disruption is having a huge impact on footfall numbers for my store.”

“We understood that the project would cause pain for our businesses, and we were ok with that because the end result will be fantastic but this is not what we expected.  It was supposed to be phased, a couple of months on each block, managed well to minimise disruption for customers and deliveries. They’re 10 months outside Brown Thomas, it’s incredible, the city’s a mess.”

Dee Ryan added, “Enhancing O’Connell street, supporting it to become an attractive destination for people to visit and spend time in is the goal of this project.  But if the delivery of the project damages businesses in the process then we are at nothing.  We’ve called for an urgent meeting with stakeholders to highlight our dissatisfaction and to seek commitment to an accelerated completion of the works. We need this to be over as fast as possible without compromising the quality of delivery, in order to allow businesses to breathe.”

Limerick Chamber is the voice of business in the Midwest. It is the largest business representative body in the Midwest with over 400 member organisations across multiple sectors, supporting approximately 50,000 jobs. Initial public consultation on the reimaging of O’Connell street took place in 2017, with works beginning in 2018.