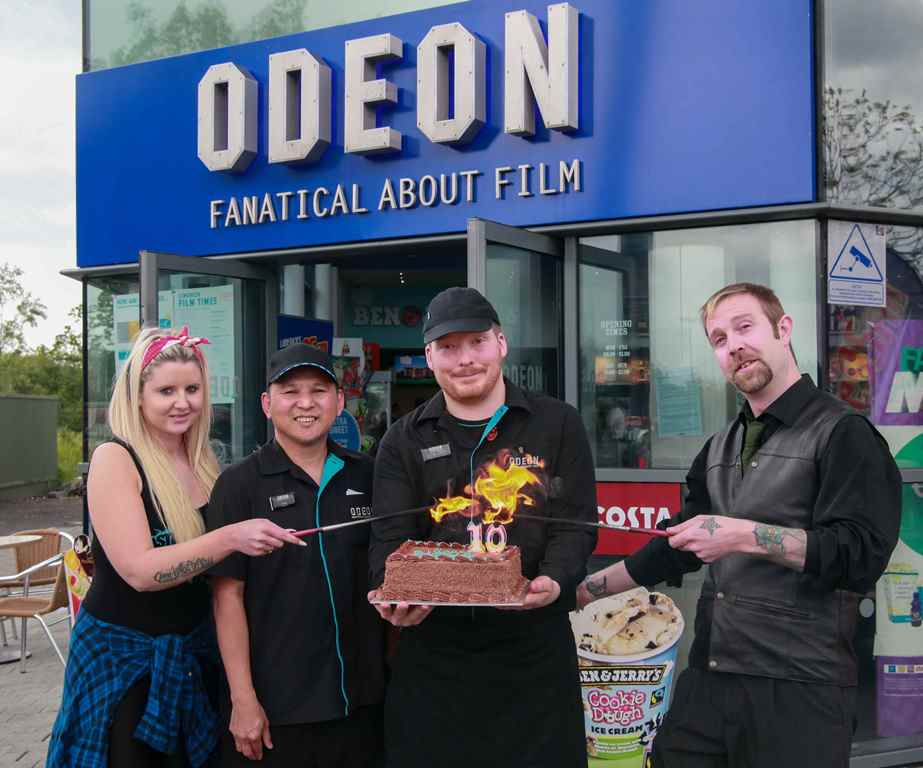 ODEON Limerick celebrated its 10th Birthday on 4th of June, with a special screening of Spy starring the hilarious Melissa McCarthy, shown in conjunction with Limerick’s 95fm.

When it comes to the sweet corner, Cola bottles and Fizzy Dummies have been the sweet treats of choice.  With over ten Ben & Jerry flavors available at ODEON Limerick, Choc Fudge Brownie and Smores have been deemed the most popular flavors.

ODEON Cinemas Brand Manager Douglas Brennan has said ‘ It is hard to believe that ODEON Limerick is already ten. The people of Limerick have truly embraced ODEON cinema over the last ten years and we are grateful for their support’.

Three ODEON Limerick staff members Joey Taylor, Ferdinand Y Cruz and Martin Kirby have worked in the cinema since it opened its doors a decade ago.
Ferdinand Y Cruz has said that ‘ Every time John, Martin and I are on duty we are called the three musketeers. There is a great atmosphere in ODEON Limerick and I have truly enjoyed working there for the last ten years’.
Joey Taylor added ‘ The staff are great fun to be around, everyone is so friendly and are great to work with. We work hard but also have a good time, I think that this balance is extremely important and is one of the reasons why ODEON Limerick has been so successful over the last ten years’.

To the Future and Beyond with Limerick School Project Book Release

Child’s Play for Barbarians in Adare