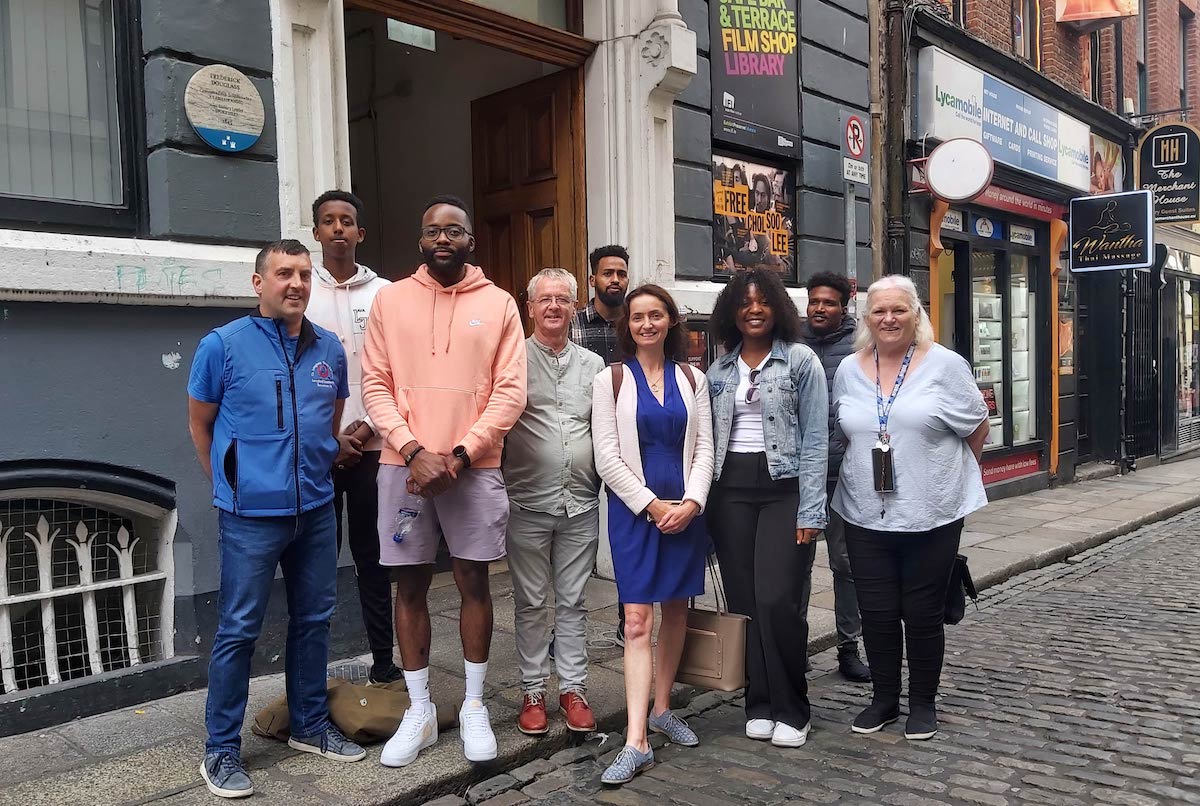 OFFLine Film Festival –  ‘Waiting, Waiting, Waiting’ was commissioned by Youth Work Ireland, and produced by Limerick based full-service creative agency Piquant and features the voices and experiences of young people living in Direct Provision. People involved in the film pictured above.

Direct Provision was initially conceived as a short-term solution to accommodate people seeking asylum providing them with food, board, and basic necessities, for no longer than six months. More than 2,000 children are living in Direct Provision, many for more than 5 years. The Direct Provision system is currently being re-structured by the Irish government, and so far, young people’s opinions have not been sought.

In The Film ‘Waiting, Waiting, Waiting’, Young People are filmed in silhouette to protect their anonymity as they speak about their experience of living in Direct Provision and the negative impact the lack of freedom has had on their mental health, relationships and ability to imagine a future.

Speaking about the production of Waiting, Waiting, Waiting, Piquant director Róisín Buckley said, “We worked collaboratively with the young people to produce a film that authentically represents their lived experiences. The young people were involved in every step of the production process and had full editorial control. We are very proud of what they have achieved and are humbled by their dignity and honesty.”

The young people who took part in the filming project are living in, or have lived in, Direct Provision centres in Limerick, Mallow, and Longford.

Based in the heritage town of Birr, County Offaly, OFFLine Film Festival is an exciting 5-day event for film lovers and makers alike. Over 400 short films were submitted to the festival this year, with ‘Waiting, Waiting, Waiting’ being one of the 13 Irish shorts selected for screening.

To view the full OFFLine film festival programme and for information about tickets purchase, go HERE

For other stories on Piquant, go HERE