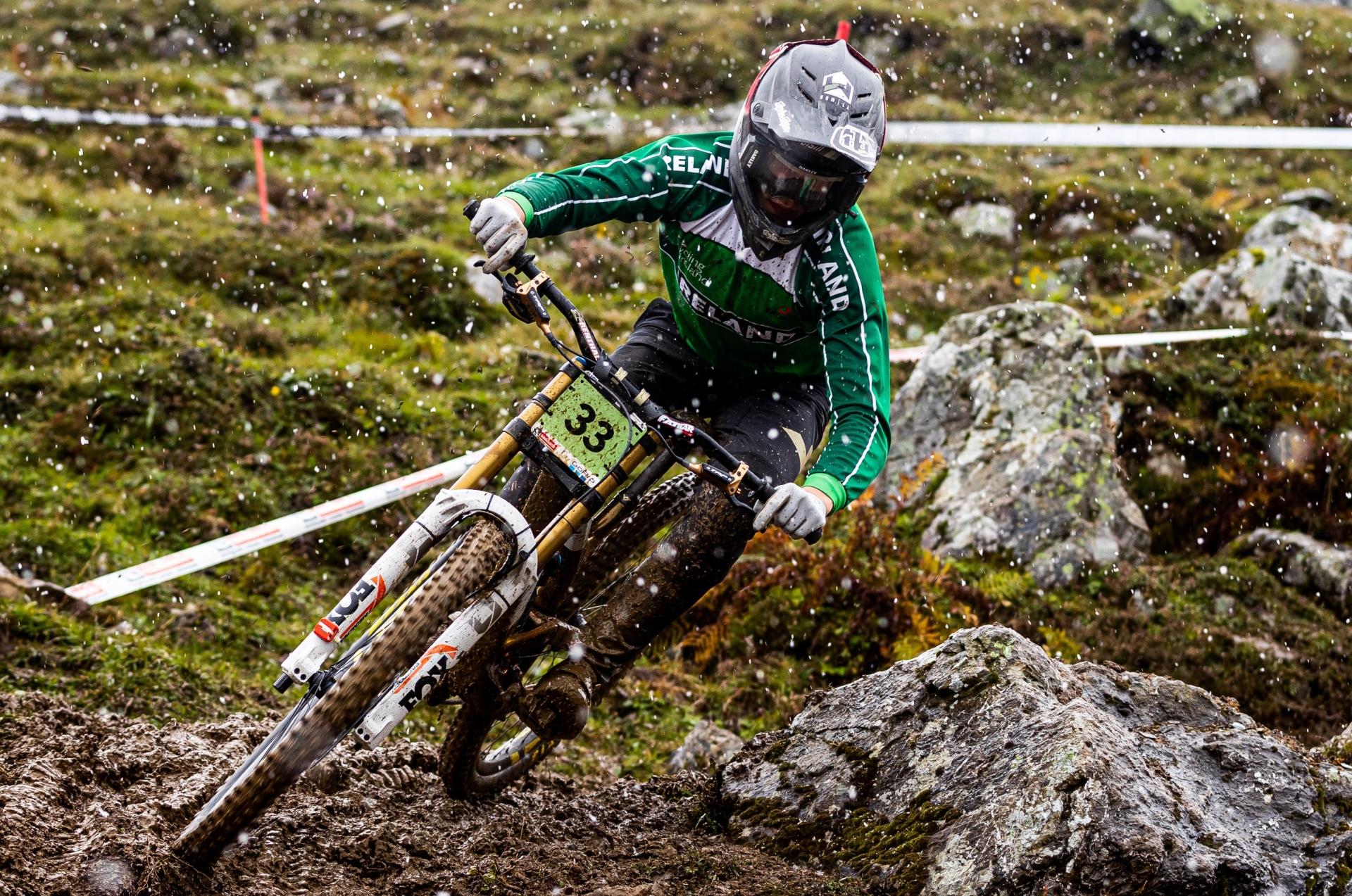 The Ardpatrick man won the Junior Men’s Downhill event during the UCI 2020 Championships in Leogang on Sunday, October 11. The Championship began on Monday, October 5, and ran through until the eleventh.

The course in Leogang, Austria demanded skill and patience and the 17-year-old from Limerick delivered plenty of both. Oisin produced a time of 4:02:142 on the 2.3km course early on and watched as each rider failed to better it.

The Mayor of the City and County of Limerick has congratulated 17-year-old Oisin saying, “This is a fantastic achievement by Oisin in taking the championship title in Austria.”

“Oisin’s dedication and commitment to his sport have certainly paid off and he is now on top of the world. It is an amazing win by the Ardpatrick teen, who has the superb facilities of Ballyhoura on his doorstep.”

“Many young people can only dream of winning world championships, but it takes only a select few who can actually make this dream a reality. Oisin is now firmly in that category and his future in the sport looks bright.”

“Oisin’s skill and patience in negotiating the downhill terrain proved to be central to his success as a competitor after a competitor failed to match his time. Congratulations again on behalf of the people of Limerick.”

We at I Love Limerick offer our congratulations to this inspiring young man on his amazing win and we cannot wait to see what he has in store for us all next year.

Oisin O’Callaghan is yet another example of what the youth of Limerick has to offer!