By Richard Lynch on April 3, 2017@richanthon 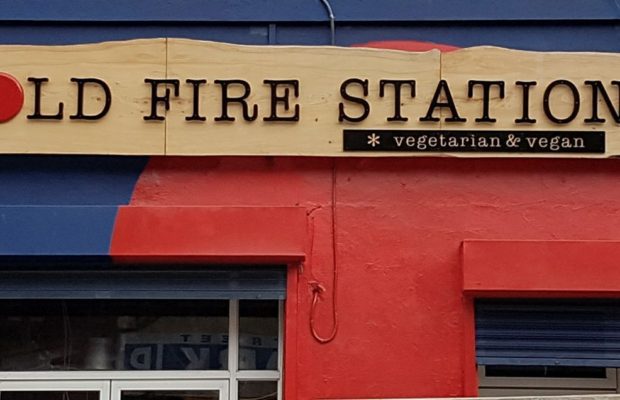 Limericks newest haven for all things vegan and vegetarian, “The Old Fire Station” located on upper Thomas Street, is set to open its door to the public this December.

The premise, which was once a Limerick fire station will be transformed into what can be anticipated as one of the newest hotspots for people to eat, hang out and enjoy a relaxing atmosphere.

The trio who came together to establish the business, Kevin Keily Jnr, Marcy McNamara and Sean McNamara all share the same passionate views regarding food, décor and drinks and hope to deliver nothing short of excellence to their customers.

“I feel for myself, going out and about, that we are very restricted. I met up with Kevin and Kevin shares the same views as we do about food, the quality of food, about it being the best you can possibly get, locally sourced and organic. It’s vegan vegetarian so we find that it would suit everybody. It will give people maybe a little bit more choice.” explains one of the Founders, Marcy McNamara.

Kevin explains how: “It will be a time where people can come and hang out and the music will be just in the background creating an atmosphere and people can have conversations and eat healthy food and share that.

In terms of it being an alternative to fast food because fast food tends to survive until that time. Whereas dining doesn’t really, it does in Dublin, London. I lived in London for 7 years, Marcy and Sean lived in Scotland and various places around Scotland and we’re kind of used to that way of living. It seems to happen in others cities so why not bring it to Limerick and offer a place that’s open all the time really.”

As for the food on the menu, Items such as Tapas plates will be available to give people an option and find something to suit their taste buds while enjoying a glass of wine or craft beer that will also be on sale.

There will also be delicious free porridge available every morning with 50c being the only price to pay per any added topping or your mandatory cup of coffee to kick start your day!

“Initially we will have poetry readings here, acoustic gigs, we will have a piano that’s going to be stationed here all the time that people can play and we’ll have a guitar hanging on the wall. It’ll be that kind of place you know, we’ll turn off the music if there’s sing-song starting and its ok and people are comfortable, that kind of creative atmosphere where people can feel at home.” Expresses Kevin.

Kevin strongly states how: “This is a partnership between 3 people and therefore there’s no big company coming in to blitz the place, we’re doing everything ourselves. We have an eye on all the details we’re putting consideration into everything, where the chairs go, the décor, the menus, opening times, suppliers everything.”

“I mean the old fire station for us is kind of an ode to what we feel is great about Limerick. People they work hard in the fire station they’re really brave they’re really adventurous and we want to encourage that kind of living in the business. If that expands and people what more stuff then we’re able to expand then we’ll do that. We have the energy.” Warmly concludes Kevin.

Staff is currently being sought after in this new exciting restaurant, interested applicants are advised to contact The Old Fire Station through social media, However, interviews will not be held for several weeks.