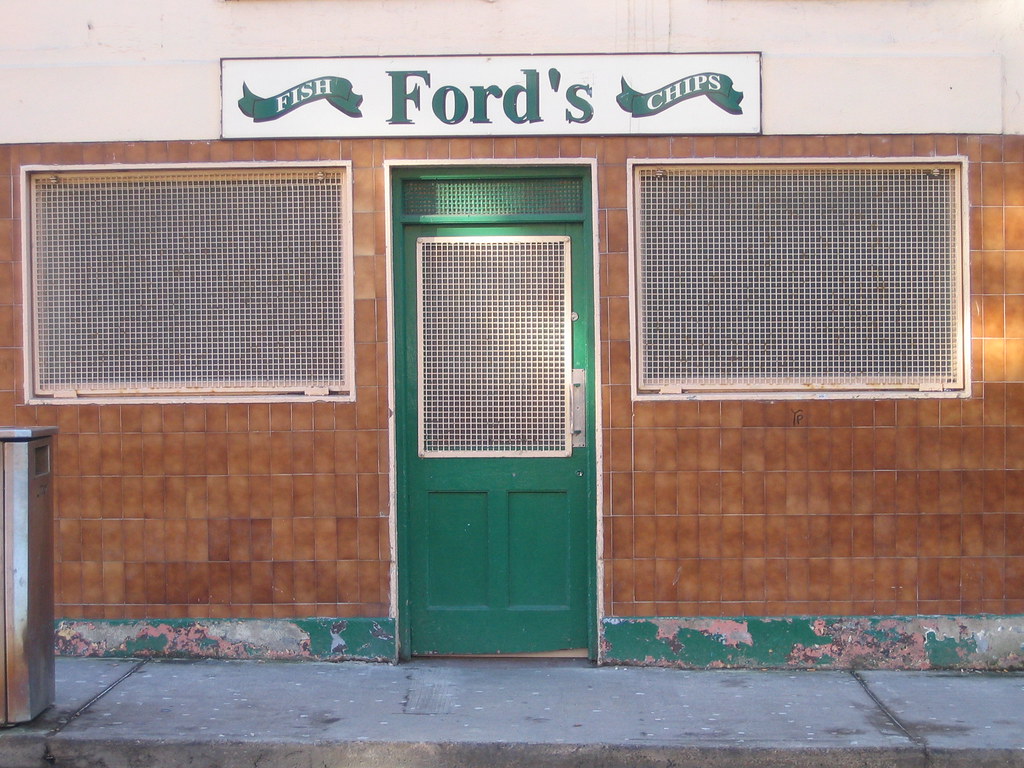 When not in the midst of a global pandemic, Limerick is usually a hub of social activity. As a city that has harboured a uniquely thrilling nightlife for decades, Limerick is known for the many pubs, clubs, theatres, cafes, and, most importantly, takeaways that have all played their part in the Limerick experience down through the years. Many of the public’s favourite locations have since hung up their boots, closing their doors for the last time, but leaving behind a host of irreplaceable happy memories that are instilled forever in the minds of those who experienced them. We want to take a look back at our Top 10 Favourite Old Limerick Haunts, many of which are now closed, but not forgotten, and some of which are still thriving as part of Limerick city’s exceptional social scene. Other noteworthy haunts that were almost included on this list below were too many to mention but standouts included Buddie’s, Burgerland, Kranks Korner and of course The Chicken Hut which is worthy of its own stand alone story solely for the phrase “The forks in the bag you gowl!” which is the stuff of urban legends!

Another of Limerick’s most-loved takeaways, The Lobster Pot, was located beside Friar Tucks kebab shop – the perfect duo for refuelling after the antics of a night out in Limerick. Not just a seafood spot, The Lobster Pot suited everyone’s tastes, and was best known for their delicious battered sausages, garlic chips, and their famous secret pink sauce. The closing of the Lobster Pot left a hole in Limerick city’s takeaway scene, and many loyal Lobster Pot fans still try to recreate its signature recipes to this day.

In the 1990s, Friar Tucks Kebab Shop was the go-to spot for the most satisfying bite to eat after a wild night out in Limerick city. Located on Henry Street, where Apache Pizza now resides, Friar Tucks was close to all the late-night activity of the city and would be packed full of hungry late goers every Saturday night, or should we say early Sunday morning. Best remembered for their crowd favourite Doner kebabs and curry chips, Friar Tucks has been irreplaceable and sorely missed by its loyal customers since they closed their doors. old limerick haunts

The Brazen Head was an iconic bar, restaurant, and nightclub called Teds, well known as Limerick’s most famous and fashionable ‘Rendezvous’. It was named after the legend of the Brazen Head – a story of a redheaded woman who was beheaded during the Siege of William III in 1690 when a missile was launched in her direction as she watched the siege from a top window of the principal inn on John Street. The inn was from then on known as The Brazen Head, and the name was later moved to a building on O’Connell Street. The Brazen Head on O’Connell Street was made up of the Lounge Bar, the Cocktail Bar, and the Grill Room, and it was a hive of activity in its day, with live music, a range of cuisines to try, and an atmosphere that was indescribable.

The Pink Elephant was a live music hotspot in 1980s Limerick. A nightclub connected to the Savoy Theatre on Bedford Row, The Pink Elephant saw performances from names including U2 and Paul Brady during its prime, and it was very popular among the youth of Limerick. The complex was demolished in 2005, but the memories created there will no doubt live on forever.

The Savoy Theatre opened in 1935 as a cinema on Bedford Row, but over the years, it became one of Limerick’s most loved and most popular music venues, encapsulating the Rock and Roll era of the sixties and seventies. The Savoy Theatre hosted priceless performances from world-renowned artists including Tom Jones, The Beatles, The Dubliners, Joe Dolan, and Rory Gallagher, to name just a few. The theatre’s infamous ‘stay seated’ policy became the source of conflict over time, but when witnessing live Rock and Roll performances from the best of the best, how could one possibly fight the urge to get up and dance?

With other misbehaviour from audiences as concerts continued, the Savoy Theatre threatened closure several times during the seventies, and Rock and Roll music was banned for a period. But performances picked up again in the ’80s, from a range of genres, and many more memorable nights were had.

The Savoy Theatre eventually closed permanently in 1988, after the tragic death of music promoter Brendan Murray, who had been one of the main driving forces behind keeping The Savoy Theatre open and in full swing. The last ever show took place there on March 27, 1988 – and so came the end of an era.

Quin’s pub on Ellen Street was another essential pitstop of any Limerick night out during the eighties and nineties. An old-style classic, Quin’s was an intimate and cosy spot where people of all ages and of all walks of life enjoyed each other’s company, while drinking, chatting, and singing the night away. Everyone was welcome at Quin’s; anyone could savour the first sip of a creamy pint poured by Christy – one of the best barmen in the county, and anyone could enjoy the classic tune of the Red Hot Chilli Peppers blasting from the jukebox. Owned by proprietor Stephen Stolz, the Quin’s building had been in Stephen’s family for almost two centuries, and many hope that one day, it will make a return to the scene. old limerick haunts

Java’s in the good old days

Opened in 1994, Java’s Cafe was Limerick’s version of Central Perk from Friends. A breath of fresh air to the city, Java’s Cafe on Catherine Street was a sanctuary for all. From grungy teens to business people on their lunch hour – everyone could benefit from Java’s and its unique ambience. The downstairs offered a quick and casual approach to coffee and lunch, while the upstairs offered a safe space for anyone with time on their hands, to sit, chat, and watch the world go by beneath them. It was one of those places that had a type of energy far beyond just being a coffee shop or late-night after-hours spot. It had its own personality and welcomed anyone who could give it more life and depth. After a significant thirteen years, Java’s closed their doors, but the memories of this cafe forever remain in the hearts of its regulars.

Another of Limerick’s classic club venues, Icon is a favourite among those over the age of 21 and in need of a harmless boogie. It’s a pleasure, both guilty and otherwise, to all who step through its dark and neon hallowed halls, as the pop music of the charts pumps through the speakers, and the fog machine blurs any feelings of uncertainty. A student favourite for years, Icon suits the majority of revellers who just want a beverage and a bop, while forgetting the stresses and strains of modern life, and it continues to be a staple destination for many a late-night shindig in Limerick city. This is still open and going strong and after all years!

Costello’s Tavern is one of the truly historic sites of Limerick, and what separates it most from the rest of Limerick’s night-life is that the previous generations who went there as youngsters are STILL its loyal regulars. Old Limerick Haunts

It’s got everything you need for a full night out, from the reassurance of Flan Senior on his stool with his cash box at the door, ready to accept eager sweaty fivers from happily twisted folk, who are then hit by the stuffy heat as they enter and scan the bar. The Beer Pong down the back. The mural with the dreadlocked dude (or dudette, depending on who you ask). The Old-Man decor of the pub, and the music being played at just the right volume for chats. The smoking area that is alive with laughs and banter. The bravery that kicks in after a shot or three, when one of the groups stands up and announces “Right, time to go…UPSTAIRS”. You step upstairs warily into darkness, you know the group is in there somewhere, and before long, you’re on the floor, dancing shamelessly into the wee hours of the night.

Costello’s is a place unlike any other, and it has to be experienced to be believed. It is a part of our past, our present, and will most definitely be in our future, and most likely our kids’ futures too. Another place that’s still open and as popular as ever! Old Limerick Haunts

Last but not least, Donkey Ford’s is a legendary family run chipper on John’s Street in Limerick City that has been opened for over 70 years and we are hoping it will never close!

It has one of the simplest menus with only a handful of items to choose from, but you can be sure your food will taste amazing and it is best smothered in salt and vinegar. Cooked and served old-style, the food is wrapped in brown paper that somehow adds more flavour to your meal.

It has won several awards as well as competitions such as Today Fm’s contest to find the ‘Best Chipper in Ireland’ back in 2015 and many people still agree to this day that it is one of the best in the country.

Limerick writer Darren Shan says it’s his favourite place to go in Limerick calling it, “cheap and cheerful” saying “I’ve had a lot of good feeds there.” We have to agree!

For more about Limerick go HERE