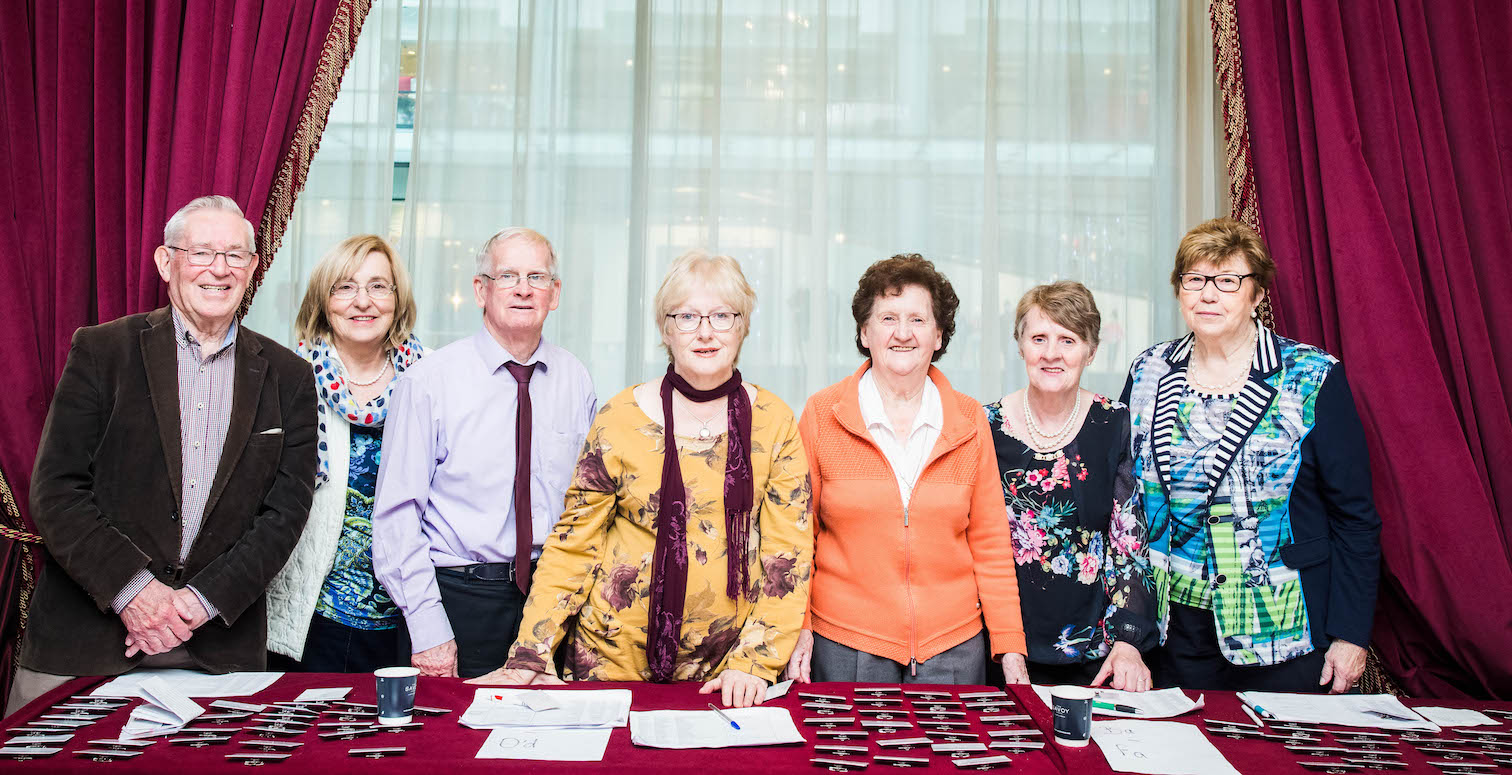 Around 200 delegates from Older People’s Councils across Ireland have heard that their voices are now even more important than ever as the population of Ireland continues to age at their annual National Convention in the Savoy Hotel in Limerick.

Analysis of Census 2016 shows that the numbers aged 65 and older increased by nearly a fifth to 637,537 compared with Census 2011, making it the fastest group age sector.

This number is expected to increase to around 1.4 million by 2040, meaning the implications on public policy areas such as housing, health, social services, planning, transport, policing and the business environment are considerable.

Almost 200 delegates from Older People’s Councils from the 31 local authority areas were in Limerick at the Savoy Hotel for their annual two-day National Convention (Thursday and Friday 1-2 Nov 2017) to discuss the issues related to getting older in Ireland.

The National Network of Older People’s Councils is a representative body of councils across the country and convenes annually to discuss national issues share learning and best practice, network, forge relationships and support the communication of the programmes work.

Delegates from all 31 local authority areas have heard from a wide range of speakers at the convention including Des Mulligan, Service Improvement Manager with the HSE who outlined the Integrated Care Package for Older People, Carmel Boland of Age Well Global, Neil Murphy from the Centre of Excellence in Universal Design, Dan Neville, former TD and co-founder and President of the Irish Association of Suicidology, Professor Niall Moyna, Head of the School of Health and Human Performance at DCU and Anna May Mc Hugh, Chief Executive, Irish Ploughing Association.

During the two-day convention delegates also were given the opportunity of visiting a number of sites across Limerick to see firsthand how the principles of Age-Friendly are being implemented on a daily basis and integrated into the ethos and policy of the centres.

These sites included the Carebright Community for people living with dementia in Bruff, St Munchin’s Age Friendly Community Centre in Kileely, Mungret Park, Tait House and Colivet Court, the University of Limerick, which is an Age-Friendly campus and Croom Civic Centre.

Speaking at the official opening, Mayor of the City and County of Limerick, Cllr Stephen Keary said: “There are undoubted realities that we all have to face up to as we get older.  “We don’t move as quickly, we need to think about retirement, about finances, about where we will live.”

“Will we stay at home?  Will we move into the village, town or city? Who will look after us?”

“In Limerick, we are actively working towards becoming a society that helps to answer those questions.  A society that values our older citizens in the way they should be valued.”

“The bedrock for this is Age Friendly Limerick, which wants Limerick to become a great place to grow old and all the supports and facets that surround this key commitment.”

Bob Gilbert, Chair of the National Network of Older People’s Councils said “This is the fifth National Convention and it really is about learning for older people and the councils.  It’s a networking event, it’s where we learn from each other, learn how to make Ireland a better place for older people to live.”

“The latest census results show there are more older people and it will be a problem for the decision makers in the future as we could be outnumbering young people very shortly.  We need to make sure that have the necessary facilities and supports.”

“We have started on a road but there is a long way to go yet, and the relevant agencies, national and local are key in getting to the end of the journey as quickly as possible.”

Catherine McGuigan, National Age Friendly Ireland Programme Lead said: “The Annual Convention allows us to surface up the national issues that are challenging us all so that we’re collectively pooling them so that the Age-Friendly programme at National Level can raise them with the proper departments and the relevant stakeholders.”

“The ethos of the Age-Friendly programme since its inception in 2007 has been to find the voice of older people.”

“Traditionally we always had to lobby for things and argue for things and fight for things.  Over the course of the programme so far we have consulted with 20,000 older people from all walks of life.”

“And that voice is very well represented here today through the diversity of older people.  They are not a homogenous group, so it’s very important to make sure we have a range of ages and a range of different challenges that affect us all, whether it’s rural versus urban, affluence versus deprivation, chronic conditions versus people who are very physically active, there are a range of challenges and what we need to do is make sure that we bring those up.”

“The voice is now very strong, at national level we now have a catalyst into the [government] departments and we’ve always had great support from our elected representatives both at local and national level so it is very strong and our work after today is to make sure that that voice and those current issues are surfaced up to the right stakeholders.”

“The principles at the core of this programme are based on partnership, participation, and innovation.”

“Due to the collective hard work over the past 10 years, the Age-Friendly programme is identified as an important part of the next phase of planning Ireland to 2040 in the National Planning Framework.  It’s the first time recognition has been appropriately given that you must plan for age regardless of age.  We welcome that Age Friendly is now at the table with a view to determining the future for older people.”

To find out more about Age Friendly Ireland click here