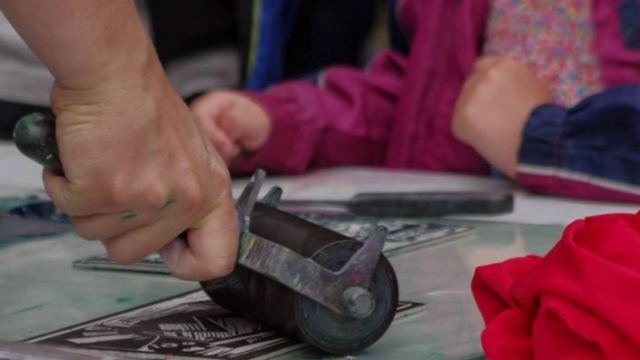 Each year Limerick Printmakers extends an open call to printmakers all over the globe to submit up to three artworks to be considered for selection, which can include more traditional printmaking methods such as etching, lithography, silkscreen, or woodblock; as well as digital print or mixed media works with an element of print contained within. This year almost one hundred prints were submitted from artists across Ireland, the UK, Europe, and the US.

This year’s selector Katriona Gillespie is heavily involved in the visual arts in the west of Ireland, as manager of Galway Print Studio and as a producer of the acclaimed Impressions 2015 as part of this years Galway Arts Festival. She has previously worked in Galway with Lorg Printmakers, 126 Gallery, the National University of Ireland, Galway; and also with the Linenhall Art Centre in Castlebar, Co Mayo.

The variety of work represented – in both subject matter and technique – speaks of the capabilities and flexibility of the medium of print and of how it has embraced constant evolution and experimentation for as long as it has existed as an artform. The more traditional methods of woodcut and linocut are ably represented by many artists including Shane Crotty, Michael Davoren and Jessie Malone while Gemma Dardis’ experimental work with ceramic is just one striking example of how printmaking has the ability to both lend itself to successful collaboration with other artforms while simultaneously pushing new boundaries within its own field.

The 69 O’ Connell street gallery space is open Monday to Friday 12pm to 5.30pm.
All are welcome.