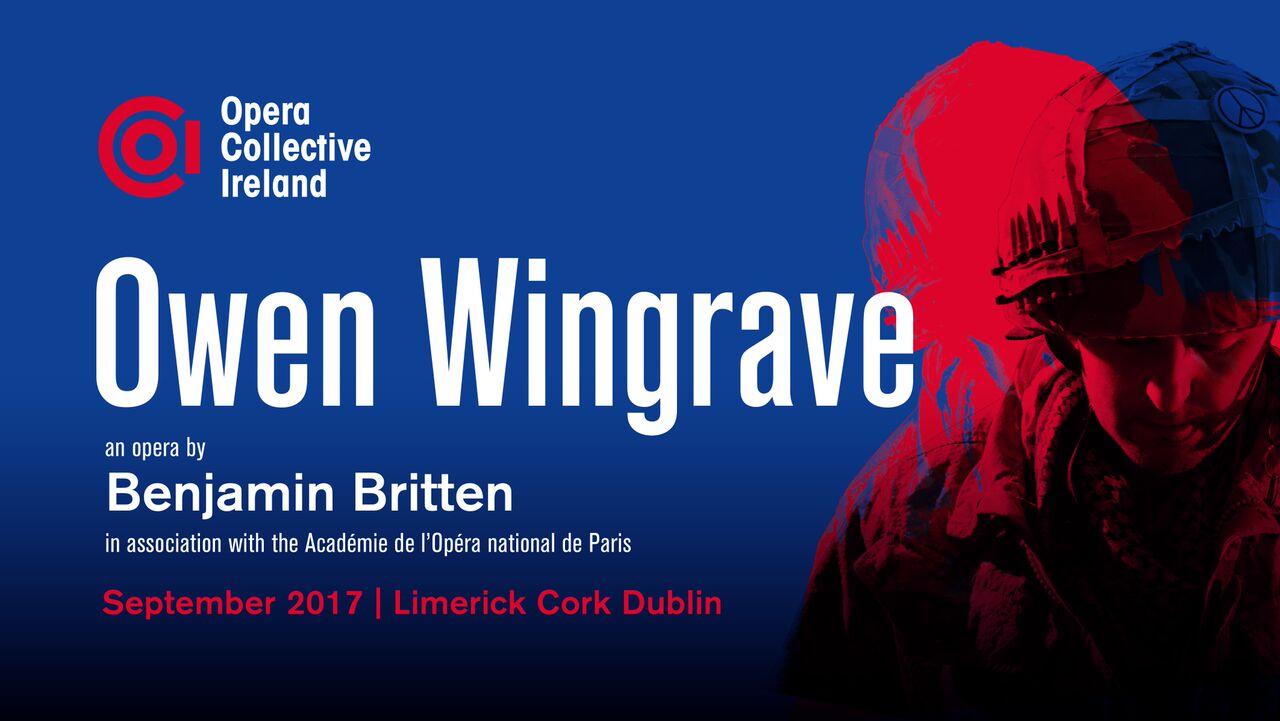 Opera Collective Ireland Presents the Irish Premiere of Owen Wingrave – Owen Wingrave tells the story of a young man who, groomed for a military career, rebels against his family for whom soldiering is a way of life.

A co-production with the Académie de l’Opéra national de Paris and directed by the award-winning Irish director from Cork, Tom Creed, the performances will be conducted by Stephen Barlow who returns to the company following the much-praised performances of Britten’s ‘The Rape of Lucretia’ in 2014.

Performed by some of Ireland’s finest young singers, this superb piece of operatic theatre is as pertinent now as it was when first premiered forty-six years ago. The production opens at the Lime Tree, Limerick on Saturday, September 9.

Founded in 2012 as Irish Youth Opera (IYO), the newly re-named Opera Collective Ireland has ushered in a new era for opera production in Ireland.

As the only Irish opera company dedicated solely to providing a dedicated professional platform for younger Irish singers and opera practitioners, Opera Collective Ireland creates valuable employment opportunities for indigenous artists, making a vital contribution to both their personal and professional development.

Commissioned by The Royal Opera House, OWEN WINGRAVE was specifically conceived and composed as an opera for television. Although Britten had expressed reservations about the viability of opera on the small screen, it was the highly successful filming of Peter Grimes for BBC TV in 1969 that convinced him of its possibilities and he subsequently took up the challenge.

Owen Wingrave tells the story of a young man who, groomed for a military career, rebels against his family for whom soldiering is a way of life.

The title role will be taken by the baritone Benjamin Russell. Miss Wingrave, his formidable aunt, will be performed by the wonderful Limerick soprano Roisín Walsh who is currently based in London.

The Northern Irish baritone Christopher Cull will return to OCI as Owen’s tutor Spencer Coyle while the young Irish tenor Peter O’Reilly will be making his professional operatic debut as Owen’s friend Lechmere.

The OCI’s Owen Wingrave will be premiere in Limerick in the Lime Tree Theatre on September 9. Tickets are on sale now and can be booked here