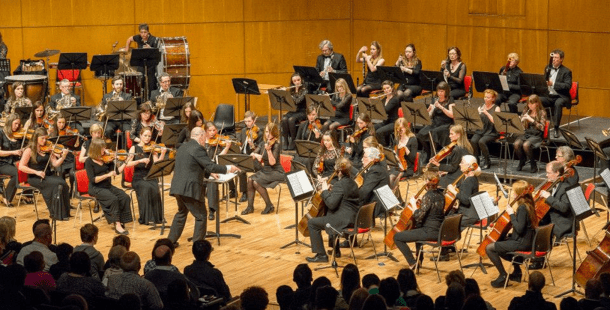 The University of Limerick Orchestra will present their annual Summer Proms Concert at University Concert Hall Limerick on Saturday, May 11 at 8 pm.

Previous Summer Proms have showcased a range of themes. In 2018 the Military Bands and Pipes of the Defence Forces played under the baton of Captain Brian Prendergast. They were joined by soprano Mairéad Buicke. The previous year, 2017, saw the University of Limerick Orchestra joined by soloist Maria Ryan.

University Concert Hall (UCH) is the largest live entertainment venue in the Midwest with a 1,038 seat auditorium. It is a multi-functional space, well suited to a diverse range of performances, from big-name touring comedians to full symphony orchestras, operas and musicals.

Other upcoming events at UCH in May include the National Children’s Choir who perform on May 14 at 7:30 PM. Primary school students from different places join together for this performance.

The Irish National Opera will perform The Magic Flute, Mozart’s enchanting final opera. The will perform for one night only, May 19 at 8 PM.

Since its establishment in September 1993, UCH has provided vast and varied entertainment for the entire Mid-West Region as renowned international and national artists consistently perform here.

The space is also fully compatible with all radio and TV broadcasting and has been delighted to host the Late Late Show, Eurosong and the TG4 Gradam Ceoil Awards on numerous occasions. For more intimate events, the front half of the auditorium seats approximately 400 people.

Tickets for the Summer Proms (Main €15—Concession €10—Student €5) are on sale now and available from the UCH Box Office at 061 331549 or online. (put a link for buying the tickets from the UCH website into the word online.)