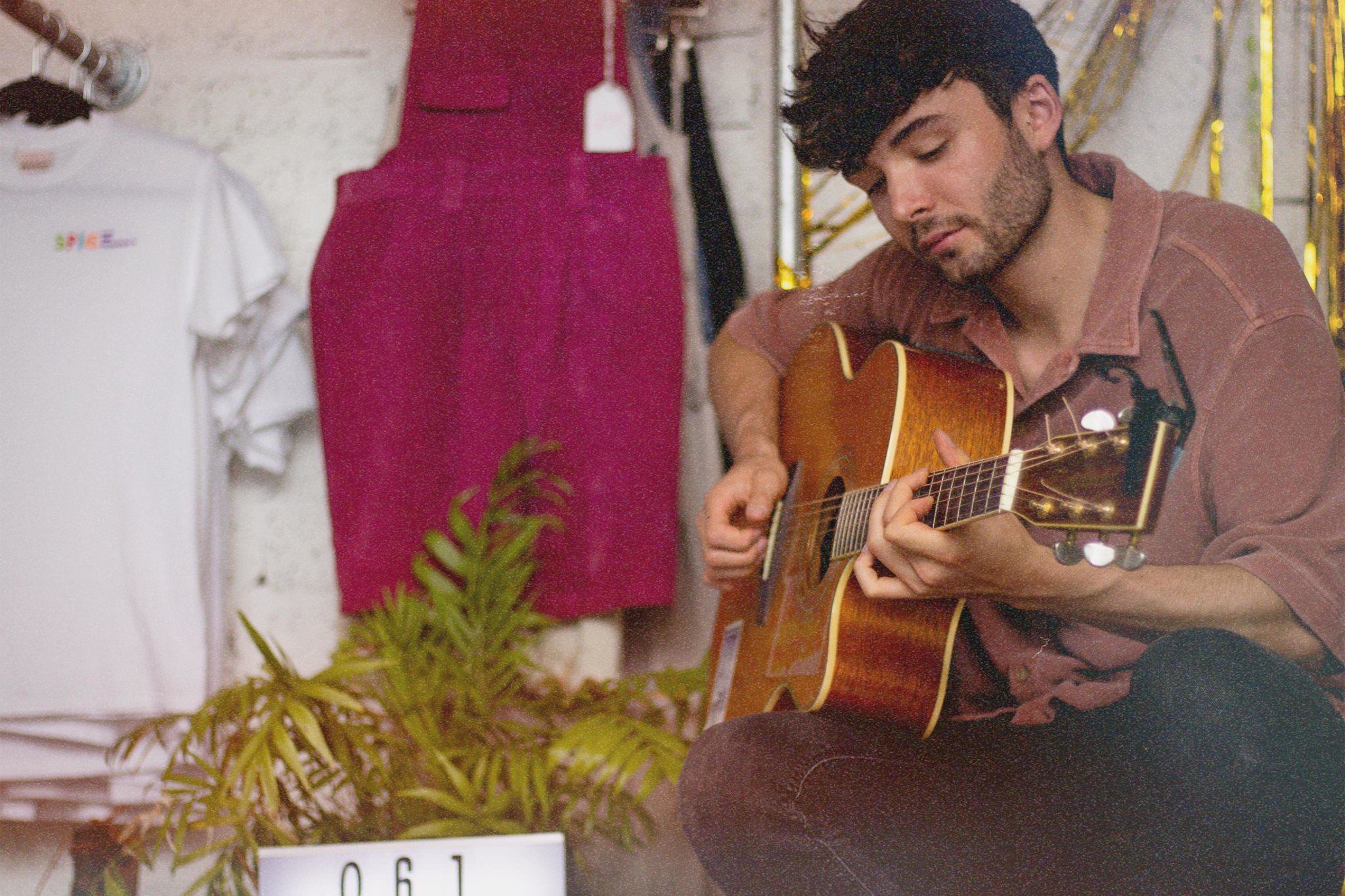 Oscar Blue, a musician from Co. Limerick is breaking onto the Irish music scene with his new single, “Madrugada”.

With heart-touching melodies and poetic lyrics, the single “Madrugada”, originated by Limerick artist and songwriter, Oscar Blue is a must-have song for your 2018 playlist.

The identical vocal gives the song a kind of magic, connecting with the beautiful and sweet lyrics. Madrugada is a Spanish word which means the early morning. Following the track, Oscar’s voice would take you to his mind where there are stars shining in the deep dark blue sky. The video for the single is also an incredible match with the song. It was shot on a cold January morning in Barcelona. Oscar was singing his heart out at the top of the city.

Known as Oscar Blue, The 19-year-old graduated from Glenstal Abbey School in 2017 and learned his craft busking on Grafton Street in the earlier years with the name of “Deco”. He then expanded his fame online with covering songs.

“I was well aware at the time that the cuteness factor was definitely working in my favour as I sang about two octaves higher than I do now and I really had the Justin Bieber hair flick down to a tee,” said Oscar Blue.

He decided to take a break from the public eye at the age of 16 to write some music behind the scenes and grow some stubble. Now, the talented Killaloe boy has recently resurfaced as  “Oscar Blue”.

As a teenager, Blue gained precious experience in the music industry gigging and building up an online following of thousands of youtube subscribers and twitter followers under a former stage name. Before releasing his single, “Madrugada”, Blue had played several festivals around the country and opened for some of Ireland’s more established acts such as Hermitage Green, Ryan Sheridan, Hometown, The Original Rudeboys and Ryan O’Shaughnessy in venues such as The Academy, Cyprus Avenue and Dolan’s Warehouse.

The young songwriter will soon break onto the Irish music scene. Influenced at a formative age by the passion and integrity of Irish artists such as Damien Dempsey and the modern, acoustic – pop sound of acts such as Vance Joy, Ben Howard, Paolo Nutini and Kodaline, Oscar Blue boasts songwriting ability far beyond his age.

His first single, “Madrugada”, which is released on August 28, 2018, has now received 10k streams on Spotify in two weeks. The single was produced by Ryan O’Shaughnessy, Ireland’s Eurovision representative and ex Britains Got Talent Finalist. Actually, Oscar Blue has recorded three singles with Ryan out at his studio in Skerries and the other two pieces are in line for release in the upcoming months.

Talking about the very first single, the songwriter said: “In just two weeks the single has already racked up 8.2k streams in 58 different countries and the feedback I’ve received has been great.” Oscar has played two successful headline gigs in Drop Dead Twice and The Grand Social in the recent months.

Related Topics:songwriteryoung musician
Up Next