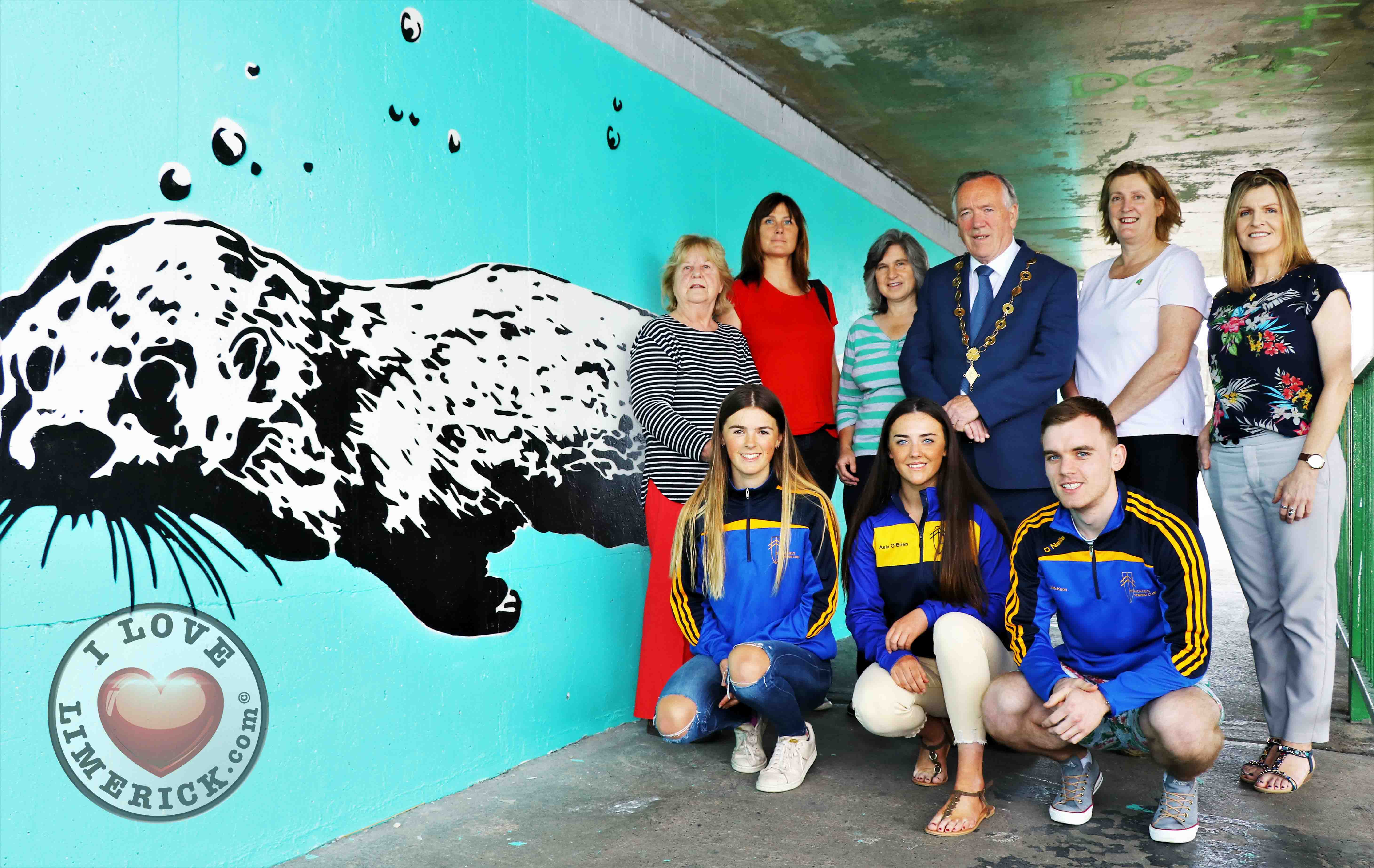 The launch of an Otter Street Art Muriel took place this morning, Friday, June 22 under the Shannon Bridge, located beside the St Michaels Rowing Club.

The Otter Street Art includes a painting of two otters in black and white, with a turquoise-blue background to symbolize the otters living space of the water. The street art acts as a celebration of the wildlife that live in the River Shannon and was completed by Limerick-artist Mary Conroy, with the help of members of the St. Michaels Rowing Club.

Helen O’Donnell of Tidy Towns Limerick spoke of her delight at the artwork, “We’re delighted with Mary’s artwork being here. It resides in the river, a lot of people have seen that otter in the river, it’s the most beautiful part of Limerick, and it’s a lovely walk, as you can walk from here to Barrington’s pier. It’s a very attractive natural environment, and we’re delighted to have a piece of lovely artwork here.”

Speaking to I Love Limerick about the Otter Street Art, artist Mary Conroy spoke of how she has been doing a lot of research into wildlife around the city for a long time,  “The idea behind that was to get people aware of the wildlife in the city, and the nature in the city, and get people to become aware again about the space, and animals they share the city with, so we can see Limerick as a green city, and an urban-wildlife friendly city.”

On the creation of the connection with St. Michaels Rowing Club coming on board to help with the Otter Street Art, Mary spoke of how she walked the path a lot, and often past the Rowing Club, who also utilize the space quite a lot also, “They were very approachable and friendly.”

“There was a lot of really bad graffiti, so I had it in my head that I wanted to do something for quite some time…I’m hoping with this artwork, here, it will draw people down towards this area, and they will start walking here, and using this area more.”

The Otter Street Art looks fantastic and can be seen from across the bridge in all its glory, as well as out on the River, where it gives an almost realistic underwater feature.