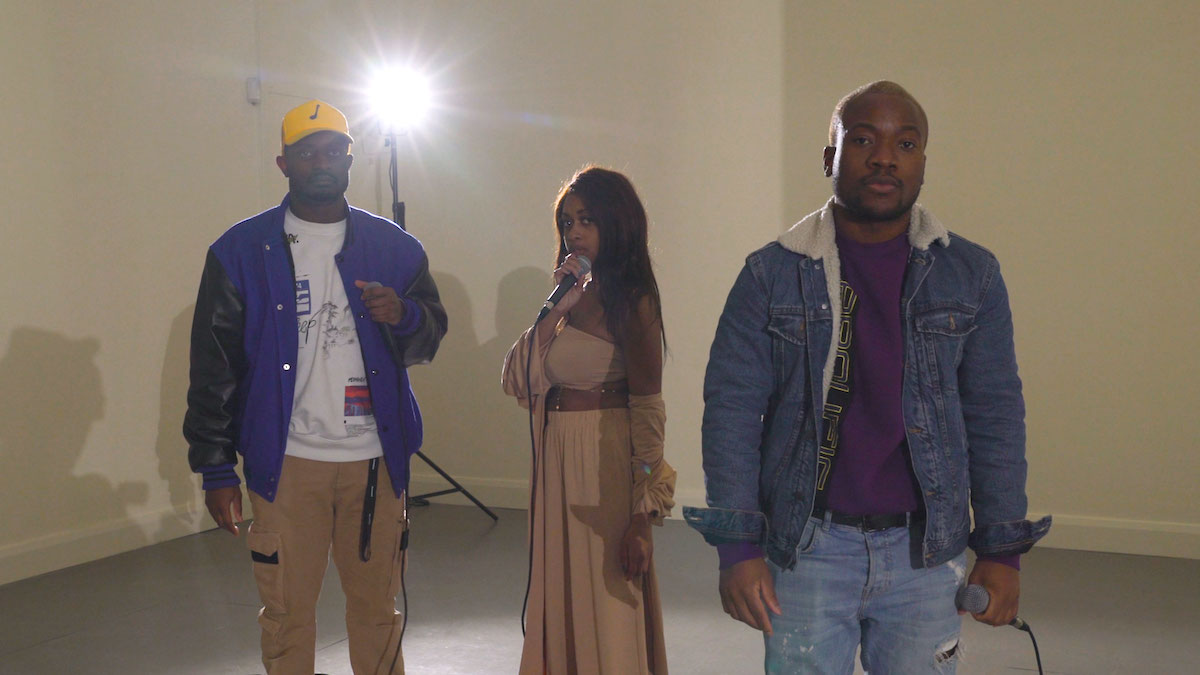 Out of Place is the debut feature-length documentary from the team behind Féile na Gréine music festival and features Denise Chaila pictured above.

Out of Place, the debut feature-length documentary from the team behind Féile na Gréine music festival, Limerick City, has been selected as part of the Irish Film Festival London 2022 official programme.

Taking place between November 16- 20, the Irish Film Festival London is the largest festival of Irish film in the world, outside of Ireland. The festival presents the latest and greatest of Irish Films, TV and Animation to a London audience.

A meditation on the role music plays in building community, Out of Place explores the tensions that emerge when musicians struggle to carve out a space for themselves in their city. Featuring performances from Denise Chaila, God Knows, Hey Rusty, His Father’s Voice, MuRli, and Post Punk Podge & the Technohippies, the film is an intimate portrayal of a local music scene, capturing the incredible diversity of cultural activity happening in Limerick City.

Director Graham Patterson said, “I’m so excited to be sharing Out of Place alongside other amazing Irish films. Limerick has a strong culture of music and community, and I’m proud for it to be showcased to an international audience.”

Composed of musicians, designers, photographers, and other creative practitioners, Féile na Gréine began as a yearly music festival and continues to build a national reputation for championing Ireland’s emerging and experimental musical talent while holding up Limerick City as a significant destination within Ireland’s cultural landscape. The organisation’s operations are guided by strong-held beliefs in DIY culture, grassroots connections and inclusivity within the arts. As Féile Na Gréine has grown, so has its creative output, which now includes filmmaking and publications, all of which embody a fierce DIY approach.

Out of Place will be available to watch as part of the festival’s online programme, from 16-30 November. Tickets are available from the Irish Film Festival London’s website HERE

Related Topics:Féile Na Gréine
Up Next