By Richard Lynch on February 4, 2020@richanthon 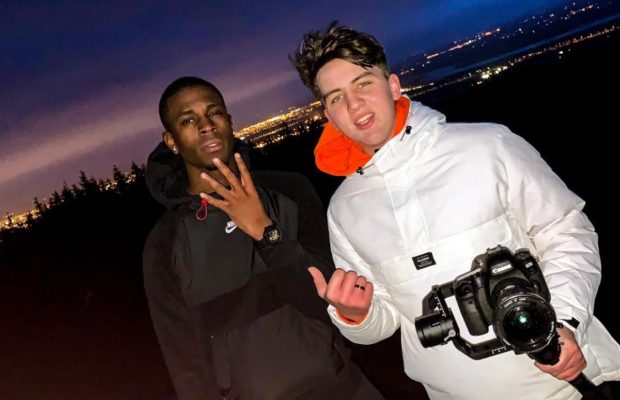 Owen Alfred pictured above with Luke Culhane (right) on the set of ‘Blue Lights’.

Luke Culhane, Limerick filmmaker and vlogger is reaching new heights in his endeavours and now has made his first-ever music video.

Luke, 17, is an expert when it comes to creating content and is an avid filmmaker. Of late, his newest passion is learning music production and with that in mind decided to use his videography talents to create a music video by partnering with Owen Alfred on his latest single ‘Blue Lights’.

Luke said, “I initially approached Owen after I found him on Instagram. I love music and especially love rap and hip hop and wanted my first music video to be shot as part of the hip hop scene in Limerick. I had never done a music video before and Owen trusted me to create a vision for his music and go with my direction.” 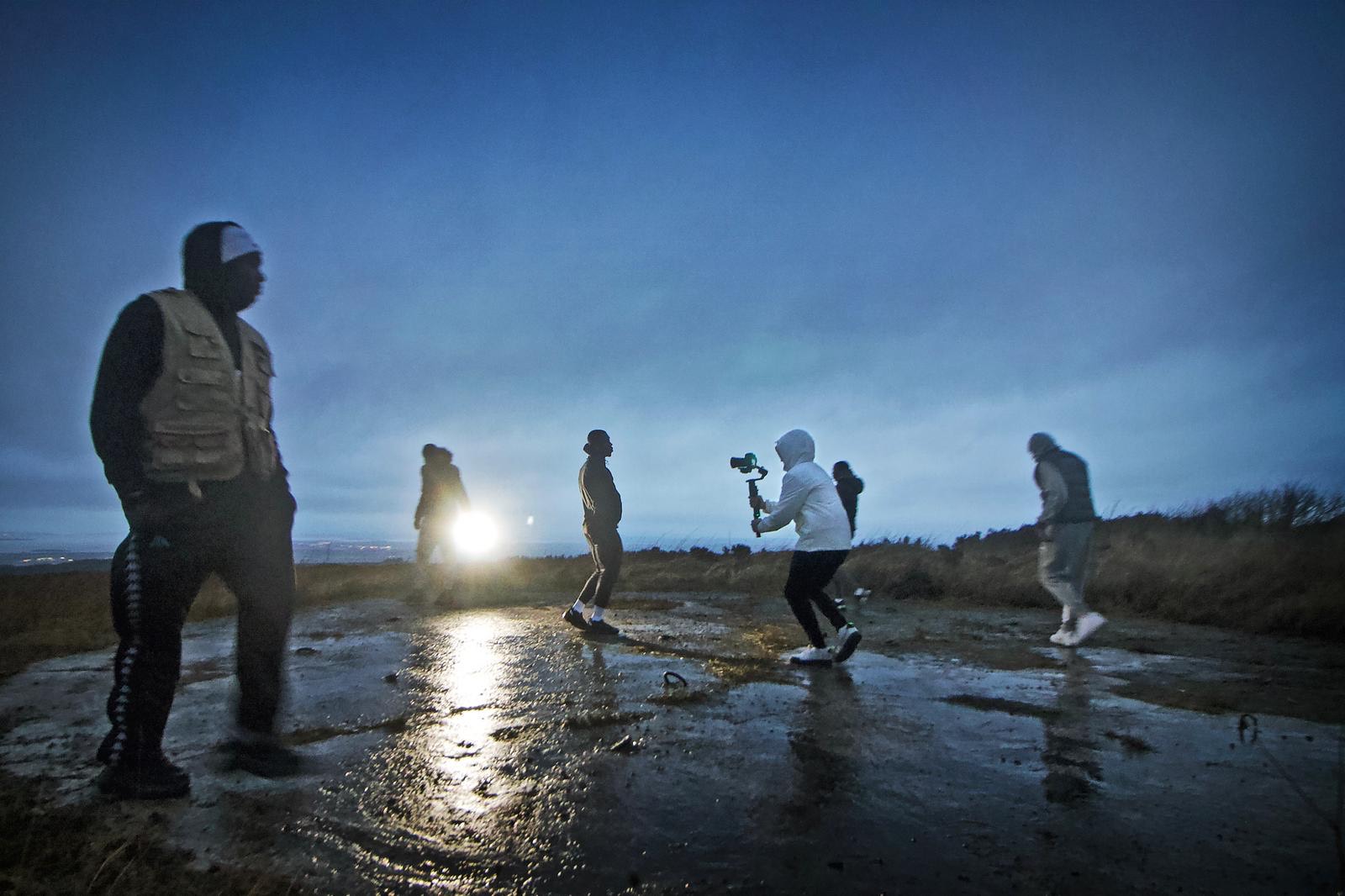 Luke and Owen shooting ‘Blue Light’ on location in Limerick.

Before the music video’s release, Luke gained popularity with his YouTube channel, especially with his project ‘Cyber Bullying: Create No Hate’ in 2016. The video was viewed over 1 million times worldwide. The launch of ‘Cyber Bullying: Create No Hate’ boosted Luke’s name in media, having done interviews with Sky News, Fox News, RTE, TV3, and Ray Darcy as a result of his fame. He was eventually named Limerick’s Person of The Year in 2016.

Now, Luke has teamed up with Limerick rapper Owen Alfred to explore another side of the filmmaking process.

Owen who is Dutch and Nigerian grew up in Limerick and is now currently a student attending Limerick Institute of Technology. His first love is music and rap.

Owen spoke about his experience working with Luke on ‘Blue Lights’ saying, “In terms of the video, Luke took full charge of creating the image I wanted. I gave him my general idea of what I needed within the video in terms of the concept, but it was mainly him that grasp the vision of the track and showcased it excellently when needed. It took over 3 days of shooting and long nights to get the shots we wanted but overall I think we both knew we had something special. The fact that everything was shot in Limerick in six locations makes the video 100 times better.”

Speaking about the creation of his song Owen said, “In terms of the track, I started humming for a few seconds and from there I recorded the track with a microphone and laptop in my bedroom. It honestly took about 30-40 mins to fully complete freestyle. The song is very deep to me in some sense as I’m talking about real-life events and I’m glad people vibe with the music that I’m showcasing. They ain’t ready for Limerick to take over this year and I hope they realise bigger things are to come and that ‘Blue Lights’ is only a fraction of what’s to come.”

Luke added, “I hope this video helps promote the hip hop scene in Limerick and encourages more hip hop artists in Limerick to release their own music and be proud of where they come from.”

For more information and videos on Luke Culhane, click here.