Paddy Cullivan’s show has toured extensively through Ireland and beyond, with audiences loving ‘the Callan’s Kicks’ writer’s irreverent yet passionate take on history

Paddy Cullivan, entertainer and musician, tells the incredible true story of Ireland’s 1798 Rebellion through song, imagery and storytelling at the Belltable Thursday, February 27.

The show has toured extensively through Ireland and beyond, with audiences loving ‘Callan’s Kicks’ writer Paddy’s irreverent yet passionate take on history. As exemplified in his most recent video on the abandoned RIC commemoration fiasco, ‘Puttin’ on the RICs’. 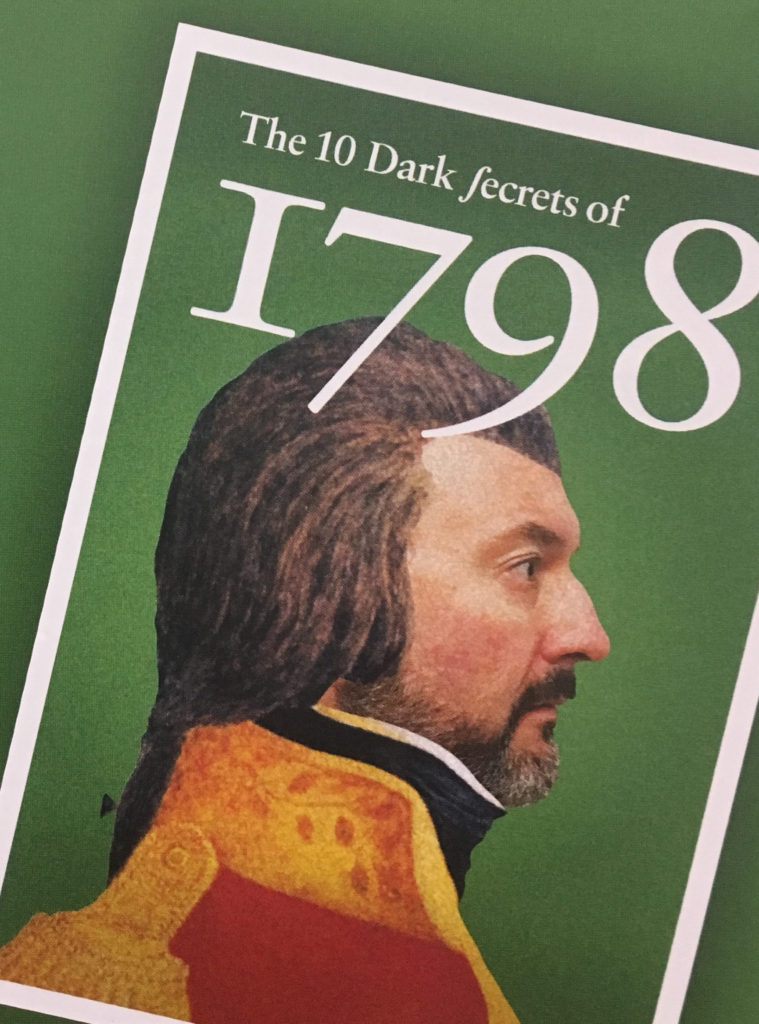 Huge battles, victories and losses from the epic Wexford Rebellion to the unbelievable ’Year of the French’…and most importantly, the timeless call of the United Irishmen (and women!) to unite ‘Protestant, Catholic and Dissenter’…

Limerick and Clare feature in the show – after the Battle of Collooney the defeated British General Vereker was made a Freeman of Limerick for ‘delaying the advance of the French in Sligo’. While a rebellion broke out in Clare in 1799 and Ennistymon was declared a Republic!

General Meyrick, who put down the Clare rebellion had a Galway hotel named after him in Eyre Square in the 2000s, but the name was changed recently to The Hardiman via lobbying and the revelations contained in this show! Expect a night of song, incredible images and shocking revelations – engage your history in a way you never thought possible!

’Cannot recommend this night highly enough. The food is lovely, and the show is brilliant!’ Phelim Drew (Actor/Musician)

‘Well done Paddy, a hugely entertaining and thought-provoking show, with great visuals and great music. Loved that final song ‘In That Moment They Were Free’ particularly.‘

Jim Lockhart (Horslips) ”1798′ is an incredible insight into what really happened! And fake news and scandals remain the same 220 years later!! I wish Paddy was my history teacher!!’

Alan Shortt (Comedian) ‘Paddy is a great storyteller and singing and playing music makes it a brilliant show indeed.”

‘Puttin’ on the RICs’ link https://youtu.be/Grgs-Oxr09I

Memorare exhibition by Mary Nagle comes to the LSAD Gallery