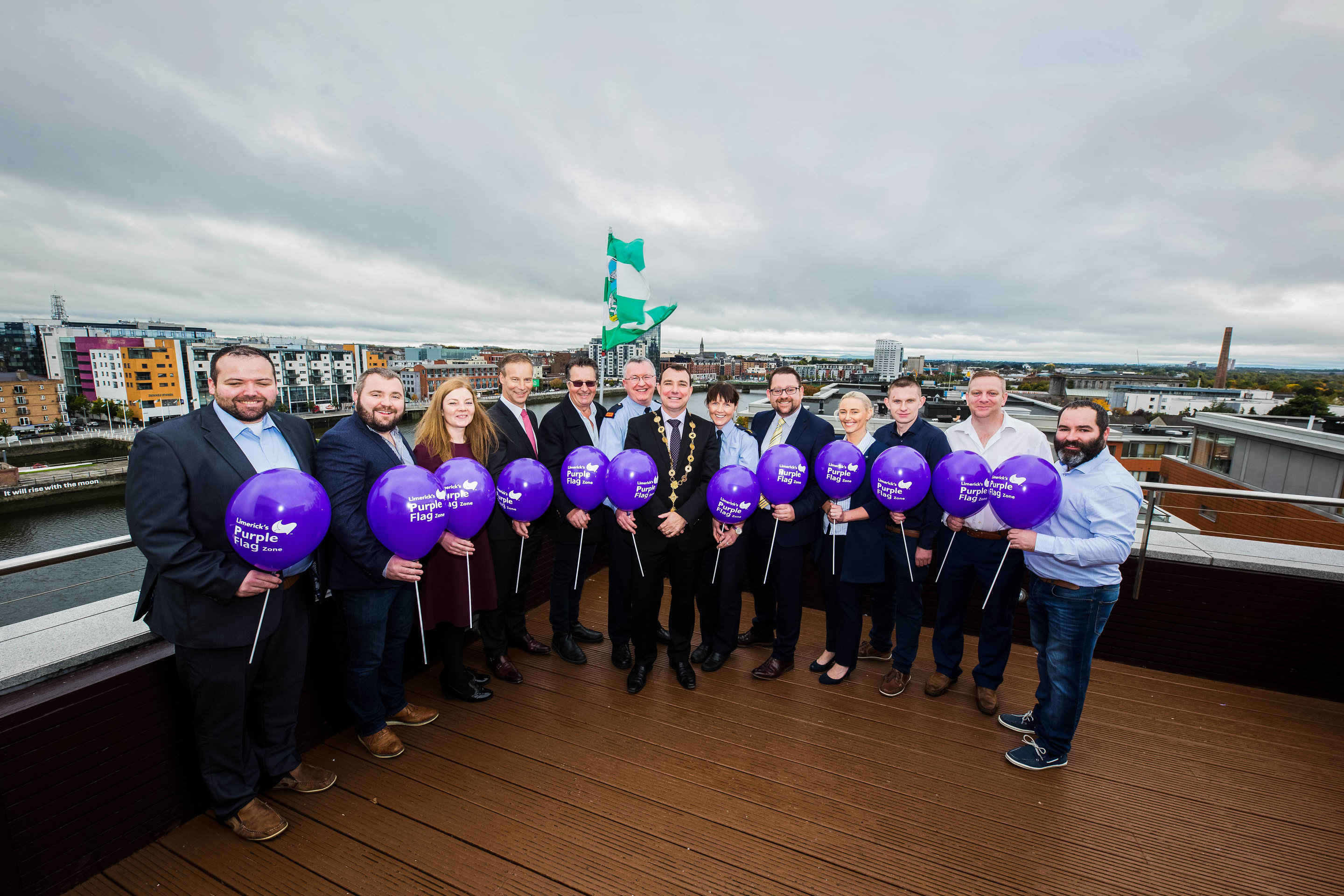 Let’s Paint Limerick Purple: Celebrates the first anniversary of the city receiving the Purple Flag, publicans, restaurateurs and others involved in the evening and night-time economy are being requested to go purple this weekend.

The flag promotes to raise the standard and broaden the appeal of the city centre between the hours of 5 pm and 5 am.

The Purple Flag district in Limerick is centered at the Market Quarter and extends from Thomond Bridge to Shannon Bridge on both sides of the river and from Barrington Street and Parnell Street to King’s Island.

The Purple Flag is an accreditation process similar to the Green Flag award for parks and the Blue Flag for beaches.  It leads to Purple Flag status for town and city centres that meet or surpass the standards of excellence in managing the evening and night time economy.

Mayor of the City and County of Limerick Cllr James Collins said: “Limerick has made significant progress in the past number of years and the Purple Flag is a great opportunity to work together for the future promotion and betterment of Limerick city.”

The flag is also recognised internationally and is the ‘Gold Standard’ for evening and night-time destinations.

To achieve the flag, towns and cities must prove themselves in 30 criteria that are all relevant to the evening and night time economy.  The Purple Flag is a positive initiative that indicates an entertaining, diverse, well-managed area that leads to an enjoyable night out.

Superintendent Derek Smart from Henry Street Garda Station said: “An Garda Siochana look forward to continuing our support with the upcoming Purple Flag Weekend. It is about people being able to enjoy themselves in a safe and inviting environment that we want to encourage.”

Areas awarded the Purple Flag are recognised for providing a vibrant and diverse mix of dining, entertainment, and culture while promoting the safety and well-being of visitors and local residents.

For more information on the Purple Flag Weekend go here

For more stories on the Purple Flag Weekend go here