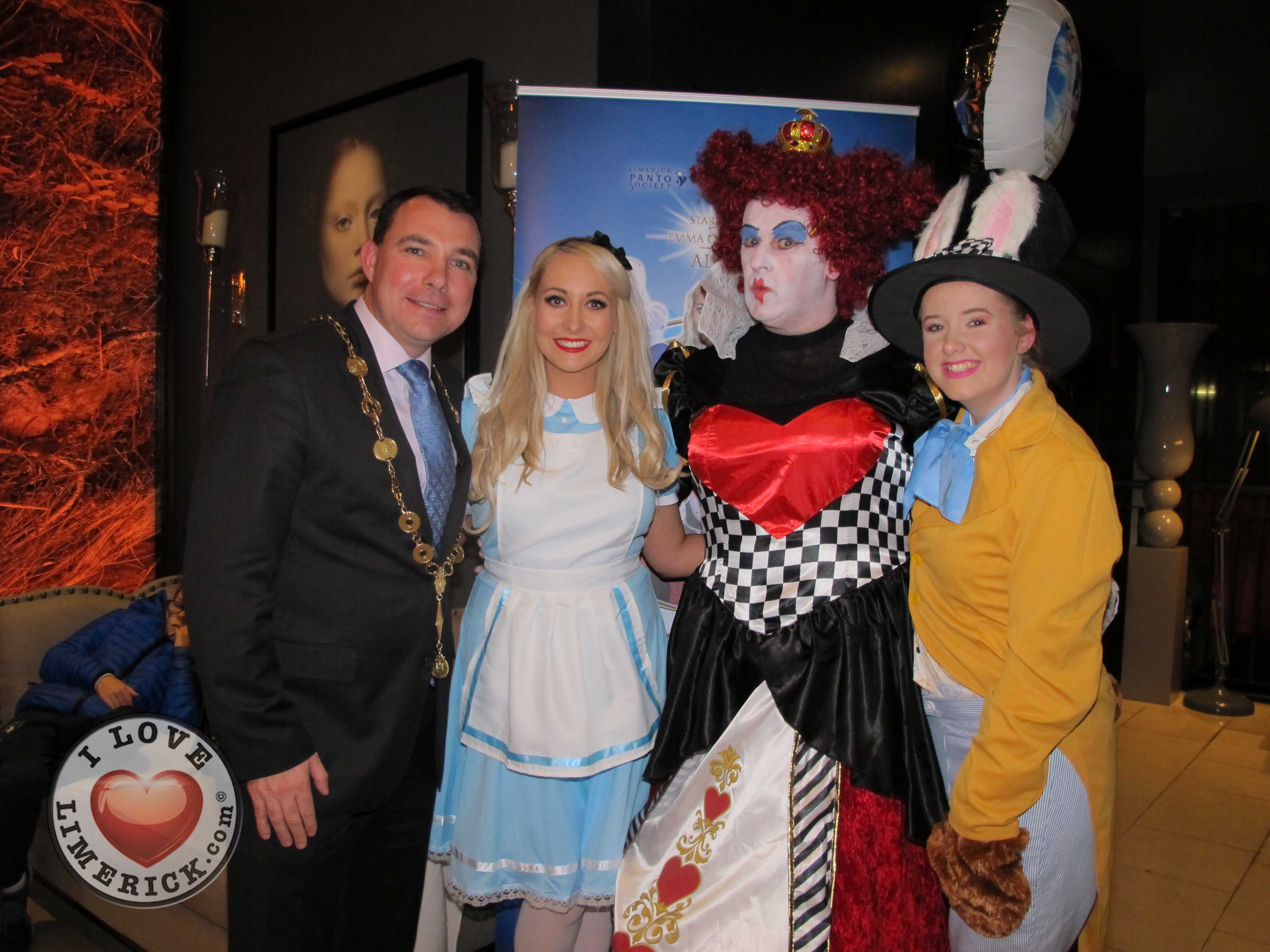 Limerick Panto Society is bringing THE MOST MAGICAL PANTOMIME ADVENTURE, Alice in Wonderland to the people of Limerick this Christmas at the Lime Tree Theatre from December 28 to January 6, and it will be the society’s 34th annual production. The group will be producing this timeless classic for the first time.

Starring the amazing Emma O’Driscoll as Alice with a fantastic supporting cast, this is one trip down the rabbit hole everyone should take!

The Limerick Panto Society has had the support of local stage and dance Schools all through the years. Performing in Alice In Wonderland will be Spotlight Stage School under the direction of Judy O’Connor and Margaret Hough, Expressive Arts under the direction of Pearl Kiely, Tommy Drennan and Grace OBrien and Geri O’Sullivan and making their panto debut shall be Limericks newest stage school Gemstars run by Emma O’Driscoll and Georgina O’Driscoll.

Many of Alice’s little friends will be the children of the stage schools and indeed it is wonderful to see the talent being produced by all these hard-working schools.

Tony Cusack who has vast experience in the world of panto will lead the production team for Alice. Tony has assembled a talented and experienced group to ensure that this year’s production will maintain the standards of past performances.

Damian O’Brien will be back as the Stage Manager while Malachy Cusack will be the Production Manager for this show.

The Panto will include many contemporary songs from the charts and hit musical shows and promises something for all tastes. Dance direction of the Limerick Panto Chorus is in the capable hands of Carol Cusack – the Choreographer is Lisa Hogan and she is ably assisted by Jake Madigan. The Society boasts a chorus of over 40 talented performers who will perform a number of fantastic chorus numbers accompanied by a live orchestra – all being performed live on stage. Sandra Finn is Wardrobe Mistress ably assisted by Imelda Cusack.

The society is delighted to announce that this year’s show will once again be in association with the Crescent Shopping Centre. See you at panto!

For more information on Alice in Wonderland Panto, go here