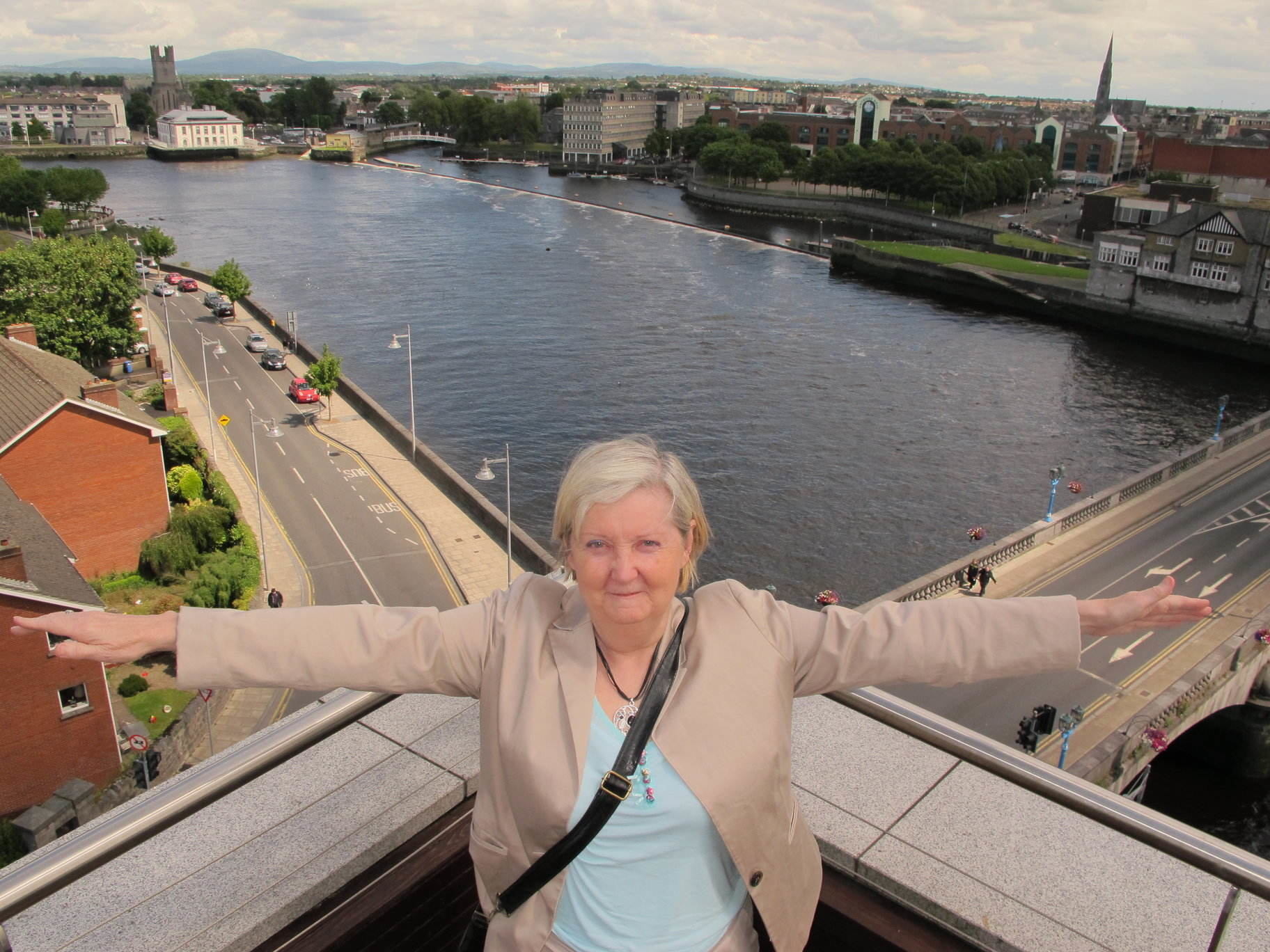 Pensioner to do parachute jump for Parkinsons awareness

Richard Lynch and Frances Madden, overlooking Limerick at the top of the Strand Hotel.

Frances Madden, 65-year-old pensioner, had planned to do a parachute jump for Parkinsons awareness on Friday, Oct 30 , to raise funds for the Mid-West branch of the Parkinson’s Association. However due to advice from her GP and Neurologist Frances was unable to do the jump.

Frances brave nephew, Ruairi Madden has volunteered, and the jump should place this Sunday, March 20th, weather permitting. To date Frances has raised €1505 and will be taking place in Clonbullogue airfield, Edenderry, Co Offaly from 11 AM.

Frances was diagnosed with Parkinson’s nine years ago and has been living with its symptoms since, though she says that she is: ‘lucky that my case is mild and progressing slowly.’

This jump is no small feat for anyone, and is especially commendable for Frances, considering her age and Parkinson’s diagnosis. When asked why she is doing the parachute jump, Frances said: ‘I’ve always wanted to do it, but I never got around to it. I hoped to do it when I was 60 but I wasn’t feeling as well then as I am now.

‘I was sitting at home one evening and thought if I don’t do it now, I may never do it. And if I’m going to do it, it might as well benefit somebody.’

This jump would have been one of the many times Frances has ventured out of the ordinary in her life, with her adventurous nature taking her all around the world: ‘I left Ireland at 21 and worked as a nanny in Switzerland for 18 months. I then went to Greece, presuming that it would be for six months and I stayed for nine years.

‘In Greece I taught English and worked as a nanny, sold fur coats on one of the islands and DJ’d on a cruise ship. After coming back to Ireland and managing a guest house for nine years, I took off again to Israel for nine years, where I worked mainly with pilgrims which was a lovely job, it was really positive.’

Speaking about her time with Parkinson’s, Frances said: ‘I said before that I’m one of the lucky ones, because of my mild case. I decided early that I wasn’t going to let it hinder me. I kind of ignore it most of the time.’

Over 9,000 people Ireland are living with Parkinson’s today, according to recent studies. The Parkinson’s Association, established to help spread the message that help is available, has a range of services, including; offering information on the different aspects of Parkinson’s disease, a nurse call-back service and a helpline.

Funds raised from the jump will go the Parkinson’s Association Mid-West Branch, specifically set up to help those in the Mid-West region, serving Limerick and Clare.

This exciting way to raise awareness and funds seems to be on the rise with former Metropolitan Mayor, Cllr Michael Sheahan, doing a 13000ft charity Skydive in aid of Midwest Spina bifida and Hydrocephalus Association in Limerick just this past June, also at the Irish Parachute Club in Offaly. Read more about the former Mayor’s jump here

We wish Ruairi the very best of luck with the parachute jump and that Frances can raise even more money for the well deserved charity!

For information on the Parkinson’s Association Mid-West branch, click here

Check out the Parkinson’s Association of Ireland Facebook here

For more information on the Irish Parachute Club, click here