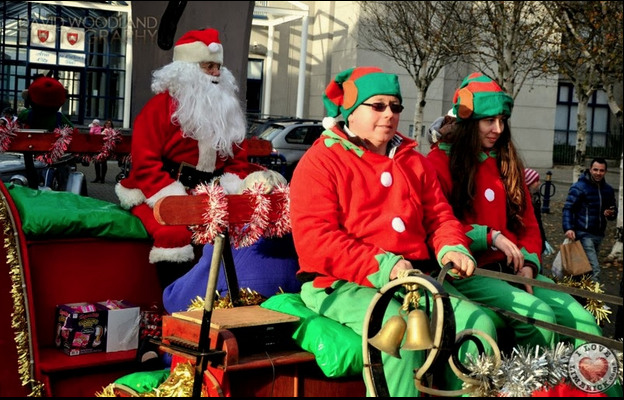 Limerick City and County Council has announced that 3000 on-street car parking spaces in Limerick City will be ‘free from three’ every day from Monday, 24th November in a series of Christmas parking initiatives unveiled last Monday.

Private car park owners have joined with the local authority to promote Christmas and New Year shopping in the city centre by reducing parking rates and making special offers available to motorists, festive shoppers and visitors.

On street parking charges will also be suspended from 3pm every day in Newcastle West, Abbeyfeale and Kilmallock from Monday, 24th November-4th Jan.

Shoppers will be able to pre-book their parking on-line or over the phone for €4 in all Q Park carparks (at Q-Park Henry Street , Q-Park Cruises Street and Harvey’s Quay)

City centre on-street parking at €1 an hour is one of the cheapest in the country with 3,500 spaces available. Around 20,000 Park Magic or E-Parking customers can buy on street parking from 50c for 30 minutes.

Overnight parking is also more affordable with many off street car parks offering a special rate of €5 per night, perfect for Christmas concerts and parties.

Limerick City and County Council consulted with a Working Group set up to discuss Christmas parking initiatives in the city centre which included nominated councillors, the Mayor and a representative group from Limerick City Business Association.

Rory McDermott, Limerick City and County Council Traffic Department, said there is an inaccurate perception in Limerick city centre that parking is too expensive, unavailable or over enforced.

“None of that is true,” Mr McDermott explained. “There are 8,500 car park spaces in Limerick city centre. These consist of 3,000 on-street spaces of which 1,000 are in the core business district and 5,500 off-street spaces which are privately operated. The cost of on street car parking in Limerick city centre is one of the cheapest in the country at €1 per hour. All of our studies indicate that this is considered fair and reasonable and thirty minutes parking can be purchased from ParkMagic for 50c by phone and internet.”

He continued: “Our role is to operate a parking management policy across Limerick where there is 100,000 daily vehicle trips across the city road network. We want to accommodate on-street demand as efficiently as possible by sharing the number of spaces available amongst shoppers, visitors and residents. At the end of the day, our message is that parking in Limerick city is good value, there is good choice and there is plenty availability for those wishing to come in and enjoy the city centre at Christmas time.”

Mayor Michael Sheahan said he hopes the incentivised parking promotion announced today will encourage and attract families into the city centre to enjoy the vibrancy, quality of retailing and entertainment offering this Christmas.

“I would call on the people of Limerick to show their support for local businesses this Christmas and enjoy the unique atmosphere that is Limerick city centre during the festive season,” he said.

“We’re specifically doing the Free from Three promotion to encourage greater footfall into the city centre in the afternoons and early evenings which will be a hive of activity with free festive events, traditional food and craft markets, an impressive display of Christmas lights and an exciting entertainment line up. As we near the end of a hugely successful City of Culture year with some surprises still to be announced we want to ensure that Limerick has the best offering this Christmas.”

Limerick’s Christmas Lights will be switched on the day before the parking promotions start on Sunday, 23rd November.  Details of Christmas in Limerick festivities will be announced shortly.

More information can be found at www.limerick.ie/christmas

Grease is the word in Limerick!