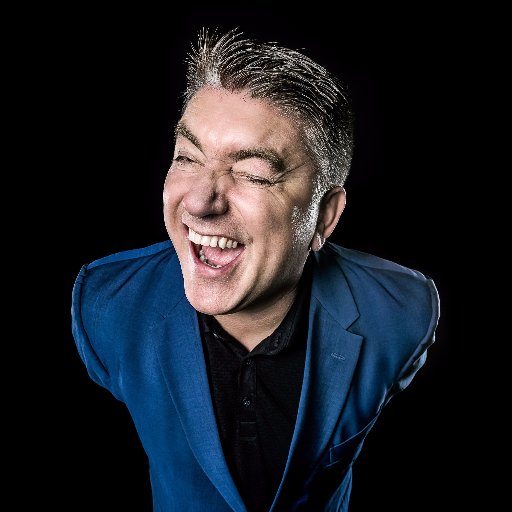 Returning to the stage with his brand new production How’s Tings!? is none other than Pat Shortt. He’s touring the country, bringing music, laughter and, plain, old comedy gold! He plans to discuss with us all sorts of tings, from the big tings all the way down to the little tings. All of which he will be sharing with the people of Limerick on February 17th, the twelve year anniversary for his bestselling song “The Jumbo Breakfast Roll”, in the University Concert Hall. Pat Shortt is known and regarded as a “comedic genius” (One Magazine, New York), and this new show Pat Shortt Hows Tings, is considered the same.

Pat Shortt has been a comedian since the eighties when he left art college in the hopes to pursue a career in comedy with his partner in crime, John Kenny. Together they created the iconic comedy duo ‘D’Unbelievables’, creating shows that were standing room only not only in Ireland but also all over the United Kingdom, America, as well as across Europe. His comedic genius has excelled in every show he’s performed, not only in groups but as a solo act as well.

His talents are not restricted to stand-up comedy however. Shortt has excelled in film, television and, music. He’s appeared in several movies, including the critically acclaimed “The Flag” and “Life’s a Breeze”. Both of which are side-splitting Irish comedies, that have rated extremely well in the box office. His television experiences have also been excellent.

Shortt’s first appearance on television was on the infamous ‘Father Ted’ as the character of Tom, giving him the inspiration to not only star in but also write a television series, ‘Killinaskuly’. The show ran for five series, ending in 2008. The show was so well received that it was nominated three times by IFTA for Best Entertainment Programme and was nominated in the Best Entertainment category at the Monte Carlo Television Festival.

Both Dicksie Walsh and Dixie Walsh are thinly veiled disguises that Pat used to debut his music career, allowing him to create big hits in Ireland, including “The Jumbo Breakfast Roll” and “Where Did My Money Go”. Unbelievably enough his hit song “The Jumbo Breakfast Roll” was in fact, a number one hit for not one, not two, but six weeks! The track was so popular that its sales went platinum four times! Outside of his comedic songs, he did manage to tour the US with the Irish rock band The Saw Doctors, in the brass section.