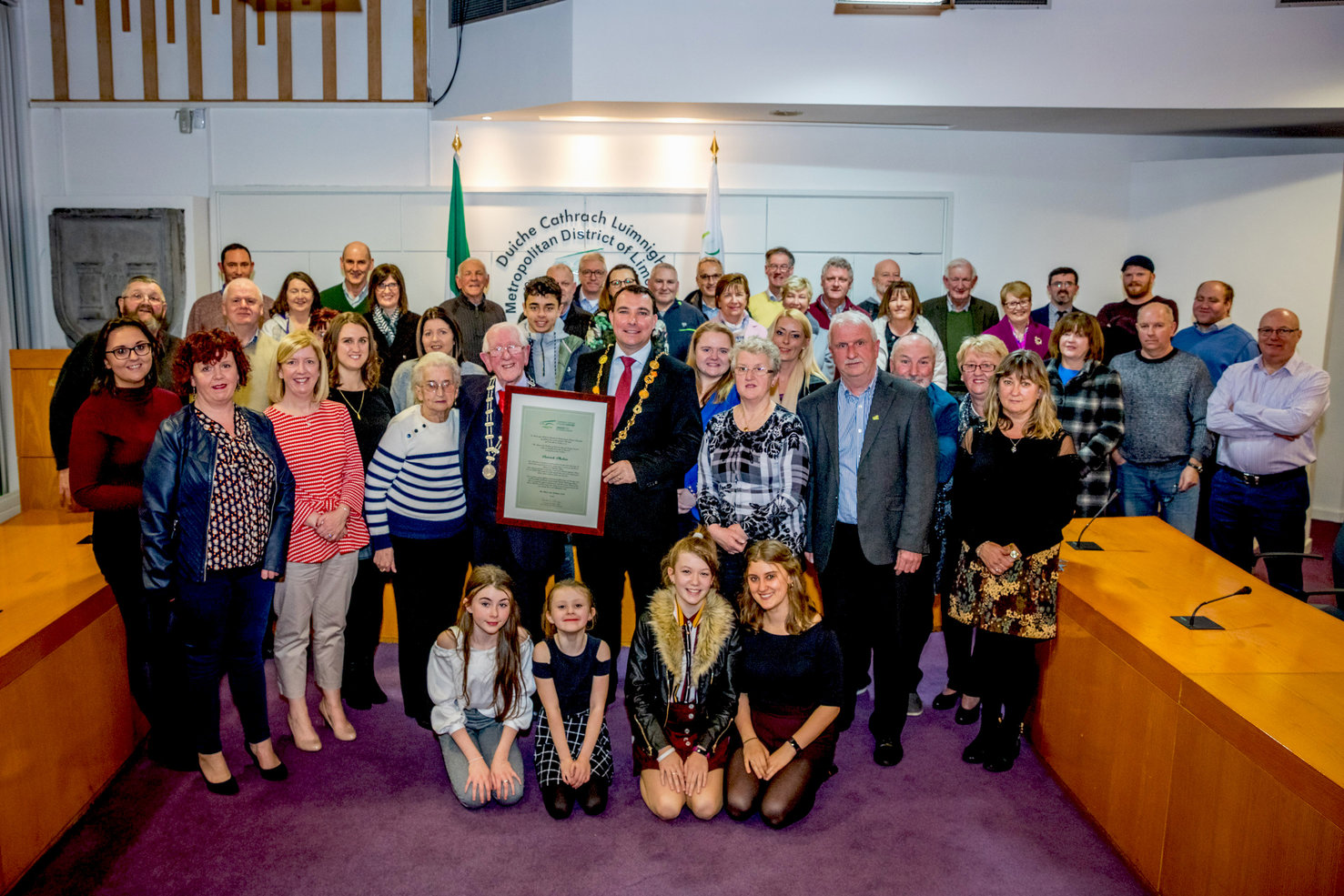 Patrick Phelan, Boherbuoy Band, received a mayoral reception by Mayor Cllr James Collins in recognition of his lifetime achievement of fostering and sharing a love and knowledge of music, particularly with the Boherbuoy Band. Also, in recognition of his performance with the various bands of the Dance Hall era and the many other Limerick musical organisations. Picture: Keith Wiseman

Mr Patrick Phelan, a member of the Limerick Boherbuoy Band received a Mayoral reception by Mayor of Limerick City and County Cllr James Collins at City Hall on Tuesday, November 13.

Patrick Phelan arrived accompanied by his family and friends at the City Hall, the event was also attended by councillors. It was indeed a great family occasion for the Phelan family.

The Mayoral Reception was in recognition of his lifetime achievement in fostering and sharing the love and knowledge of music, particularly with the Boherbuoy Band.

The reception also recognised his performances with the various bands of the Dance Hall era and many other Limerick musical organisations.

“I was in attendance, when Patrick as President of the oldest brass band in the City, opened the newly refurbished band hall in Limerick City in March 2016.  A project that I was very happy to be associated with and a project, which received funding from Limerick City & County Council.” 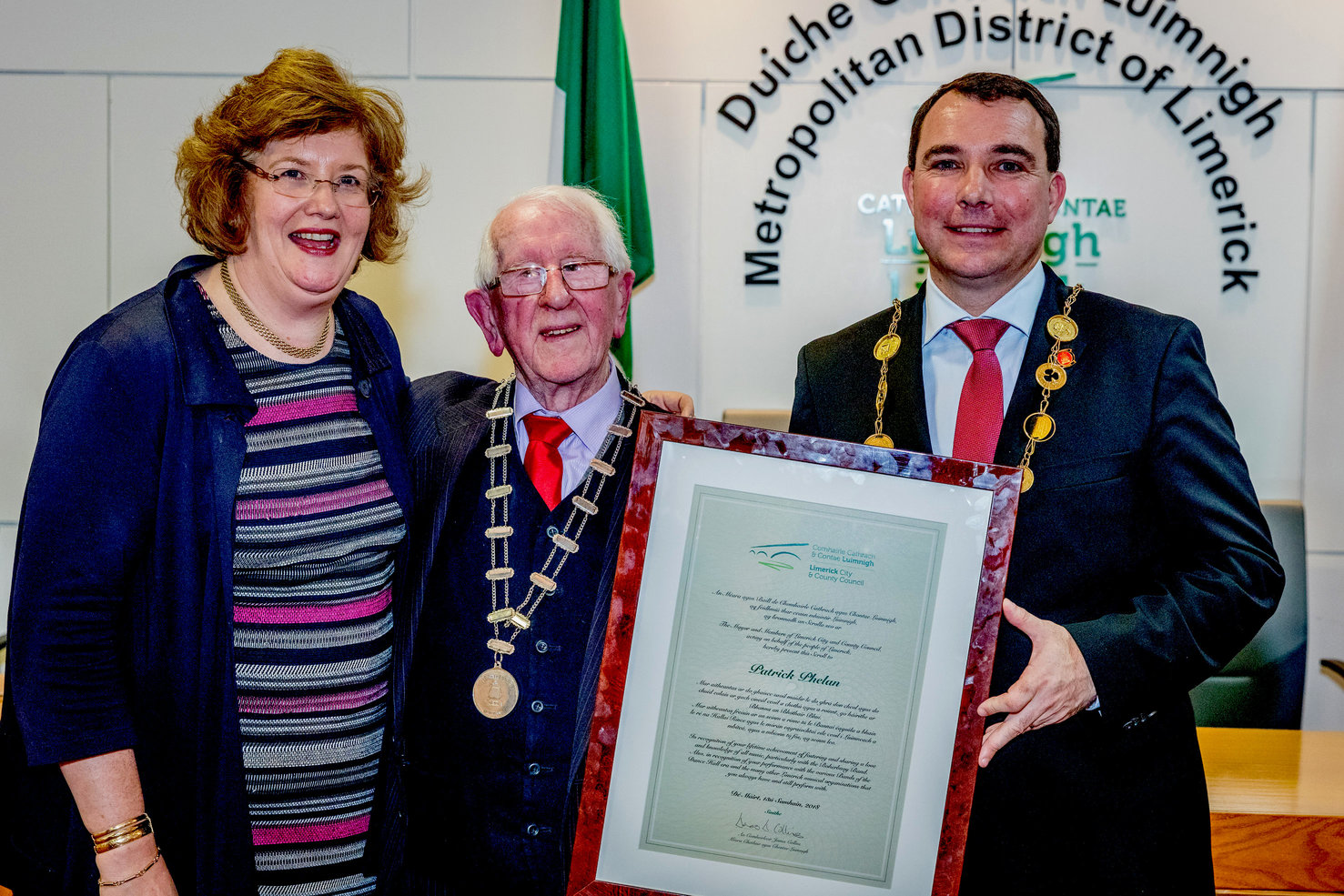 Mayor Collins enjoyed joining the Boherbuoy Band on stage for this year’s Culture night at the Open air concert. “It is evident to see the joy that Patrick brings to people with his talent and musical ability. I look forward to attending more concerts and joining with Patrick for more musical events as you continue to promote music in Limerick,” he added.

Praising the incredible work of Mr. Patrick Phelan Mayor James Collins said: “The attendance of other bands from Ennis, Tipperary and Dublin for the opening of the new hall signifies the respect and admiration that the world of music holds, not just for the Boherbuoy Band but for you Patrick and the contribution that you have made throughout your music career.”

Hurler of the Year Cian Lynch and teammates head to Boston