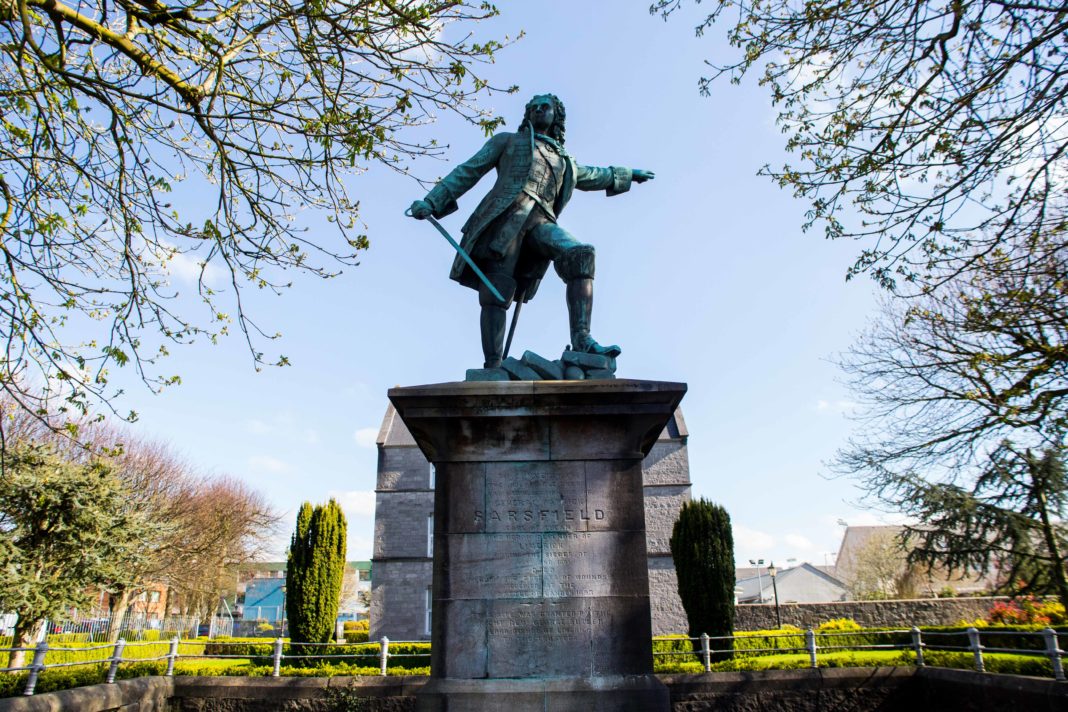 Major Breakthrough in the Search for Patrick Sarsfield Remains

Major Breakthrough in the Search for Patrick Sarsfield Remains

A major breakthrough was made by the Consular Agency of France in Limerick and the Limerick Civic Trust to locate the Patrick Sarsfield remains.

The ‘Sarsfield Homecoming Project’ was launched last October by the Limerick Bastille Day Wild Geese Festival to locate the remains of the 1st Earl of Lucan and repatriate them to Ireland.

Following the signing of the Treaty of Limerick in 1691, Patrick Sarsfield and some 15,000 Irish Jacobite soldiers and their families went into exile on the continent. Many of them, including Sarsfield, enrolled in the French army. Patrick Sarsfield was wounded in the service of France at the battle of Neerwinden, in present-day Belgium, on 29 July 1693 and, according to historians, was buried ‘a few days later’ on the grounds of Saint Martin’s church in the nearby town of Huy. Nothing but a wall is left of that church nowadays, and the exact location of Sarsfield’s grave was therefore unknown up to now.

Patrick Sarsfield the Earl of Lucan

On 26 November last, Dr Loïc Guyon, the Honorary Consul of France in Limerick, wrote to the Mayor of Huy to request his assistance in locating the ancient burial grounds of Saint Martin’s church. He also contacted the Embassy of Belgium in Ireland who kindly accepted to help. About two months later, the Huy City Council replied to the Honorary Consul of France and sent no less than 28 documents, including an 18th-century map of the city and references to the exact location of the graves of two French officers who, according to some records, were buried inside St Martin’s church on 8 and 12 August 1693.

Commenting on the exciting findings, Dr Loïc Guyon said ‘Given the date when those two French officers were buried, one of them could well be Patrick Sarsfield himself. And even if it is not the case, it is almost certain that Sarsfield would have been buried next to them. Thanks to the documents sent by the Huy City Council, and after some further research, we will therefore not only be able to determine the precise location of the burial grounds of St Martin’s church, but we will also be able to pinpoint the exact area, within the church, where Patrick Sarsfield was most certainly buried! This is a major development in our quest to repatriate the remains of Lord Lucan, and I wish to thank most sincerely the authorities of Huy as well as the Belgium Embassy in Ireland for their precious help.’

David O’Brien, CEO of the Limerick Civic Trust added ‘This is a European endeavour involving Ireland, France and Belgium and who knows if the trail will stop there or where it might lead us, it’s such an honour to be part of such a quest. The next steps will be to see whether the location where we believe Sarsfield to be buried is accessible and, if so, gather funding and a team of archaeologists, along with all the statutory permissions to access the site. In any case, with a Wild Geese exhibition and museum to be launched during the festival this year and with lots of support and more than a little luck, we hope to be engaging with the public and visitors very soon. I need to mention the fabulous work done by my dear friend Loïc and the Wild Geese committee, and especially the support of my board and members of the Limerick Civic Trust who have facilitated this wonderful opportunity. It is so very important to take advantage of these opportunities during these dark days.’

Really glad to see the #SarsfieldHomecoming Project in national newspapers ? ? this morning!

For more information on Honorary Consul of France go HERE