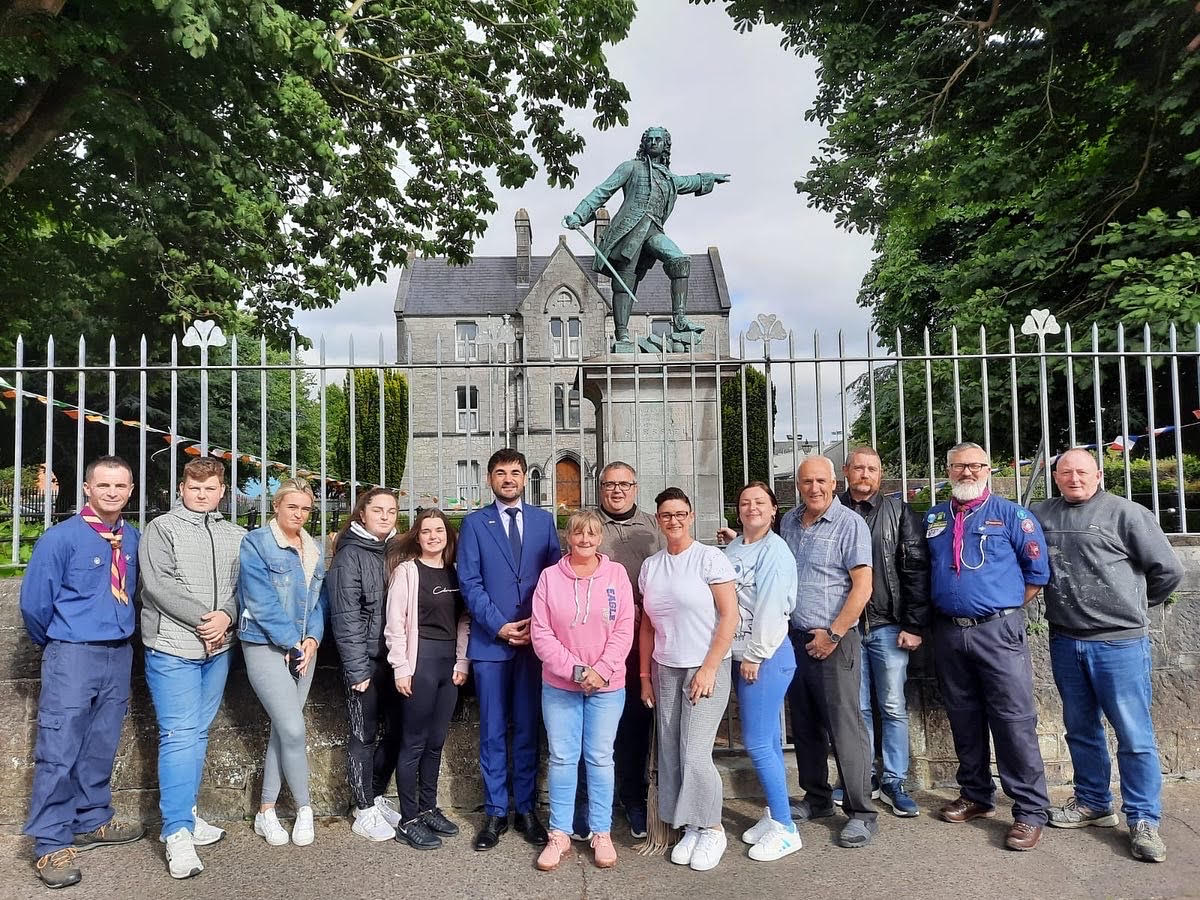 The festival celebrates the longstanding friendship between Ireland and France

As part of the run-up to the annual Limerick Bastille Day Wild Geese Festival taking place Friday, July 15 to Sunday, July 17 efforts have been made to rejuvenate the Patrick Sarsfield Statue on the grounds of Saint John’s Cathedral.

Launched in 2019 by the Limerick City & County Council and the Consular Agency of France in Limerick, The Bastille Wild Geese Festival commemorates the Flight of the Wild Geese and celebrates the longstanding friendship between Ireland and France, now our closest EU neighbour.

The festival is one of the very few cultural events listed in the joint action plan between Ireland and France signed during President Macron’s visit last August. The 2022 edition is organised by Alliance française Limerick in partnership with the Limerick Civic Trust.

Chairperson of the resident’s association John Nugent said that the interest and support shown by the Garryowen Youth Committee and Saint John’s Scouts demonstrates an admiration for the deeds of Sarsfield and his men. He added that the monument is an integral part of our community and its surroundings and is thought of fondly by locals.

“Following on from last year’s work when we painted the cannons and pruned the trees, as part of our commitment to enhancing the monument and the surrounding area we plan to do restoration work on the statue next year” Tom O’Brien, of the association commented.

He thanked the Limerick City & County Council for providing the flowers and said that the resident’s association has urged it to “turn back on the existing lighting” to highlight this hidden gem.

“I am so proud that the Limerick Bastille Day Wild Geese Festival and the renewed interest in Patrick Sarsfield generated by the Sarsfield Homecoming Project inspired Garryowen residents and, in particular, the younger generations, to work towards preserving and embellishing the monument dedicated to the Earl of Lucan.” Dr Loïc Guyon, Honorary Consul of France, said.

“Promoting Limerick’s heritage, educating the public about its local history and the city’s and country’s historical links to France are the core objectives of our festival and, as the founder and co-organizer of this annual summer event, I am delighted to be collaborating with volunteers from Garryowen and from other local community groups to achieve those goals.”

The full festival programme can be found on the Limerick.ie website or HERE

Related Topics:Patrick Sarsfield Monument
Up Next

2022 Limerick Pride Parade will bring a sea of rainbow colours to the city!