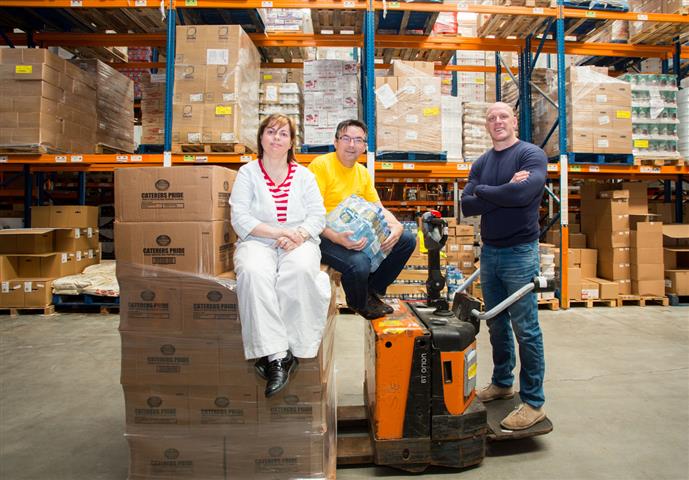 The Irish rugby captain – who has a long standing relationship with the sports charity with his aunt a past athlete – made the comments during a visit the headquarters of Pallas Foods who are donating enough food to feed 1,500 athletes, 500 coaches, and 2,500 volunteers over the course of the Games which run from June 12th to 15th.

“With less than 30 days to go until the 2014 Special Olympics Ireland Games kick off I would really encourage everyone who has the free time to come down to Limerick and experience this amazing event.

“I know first-hand what a positive event Special Olympics is. My aunt Mary was an athlete and myself and my family often went to see her participating in events. As an athlete myself I can really respect the effort, dedication and team spirit that all of the athletes put into competing. Come and see the Games, I can promise you won’t regret it, in fact, I’d say you will probably walk away thinking that was one of the best experiences of your life.”

Pallas Foods, one of the leading food service distributors in Ireland, will support the Games as the premier food and catering partner supplying foodstuffs to thousands of athletes and volunteers over the course of the three day event. This is the second consecutive time that Pallas Foods have partnered with Special Olympics with the food service distributor also lending huge support to the 2010 Games, also held in Limerick.

Pallas Foods Marketing and Development Manager, Patrick Clement, said the scale of the support is wide-ranging and includes among other items 80,000 teabags, 30,000 packets of biscuits, 15,000 health bars, 6,000 yogurts, 1,500 litre units of orange juice as well as 1,500 litre units of milk along with much more.

“At Pallas Foods we are very proud to be involved and supporting the Special Olympics Ireland Games Limerick 2014. This will be a fantastic event for all athletes and their families and also all the volunteers, so this June go and see the Games in Limerick and cheer on all those wonderful Special Olympics athletes,” said Mr Clement.

O’Connell also paid tribute to the food distributor, whose HQ is located in Newcastle West in Limerick, and said such support was a vital element in making the 2014 Games a success.

“I’ve been involved with the 2014 Games as an ambassador since the early planning stages began and I know how mammoth the task of generating the €2.4m in required funds required. Companies like Pallas Foods, who are a proud Limerick based business, coming on board and donating food to feed athletes, coaches, and volunteers is a massive deal and should be applauded. Without the support of businesses like Pallas Foods this event just wouldn’t have gotten off the ground.”

Without the support of businesses like Pallas Foods the 2014 Games could not be the success we all desire it to be. When you look at the sheer volumes of food items being donated one cannot help but be mightily impressed by the support.”

To find out more about Special Olympics Ireland visit their website www.specialolympics.ie

Shannon Paddle for Down Syndrome 2014